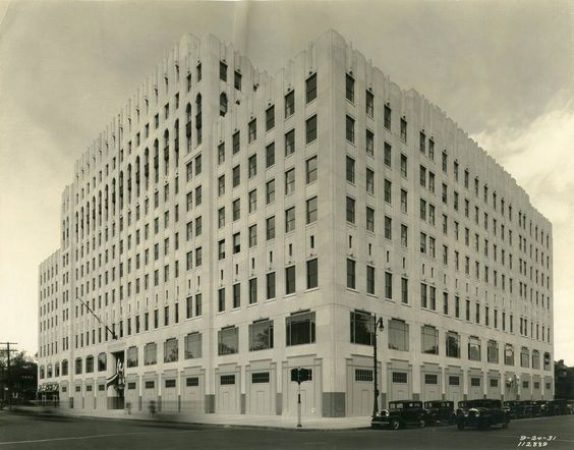 Architectural design in Detroit carries the city’s history into the present, molding it into an innovative future. Albert Kahn-designed structures in Detroit are bountiful, lasting for centuries. Detroit boasts a variety of architectural styles, but Kahn is often referred to as the “architect of Detroit.” Take a walk around the city and you’re bound to witness his creations. After all, he’s designed well over 900 buildings in Detroit.

The public praise for Detroit-area structures has rightfully increased drastically since the mid-1930s when the Albert Kahn-designed U.S. Parcel Post Office opened next to Michigan Central Station,

Here we highlight a list of Detroit-based Albert Kahn’s structures to know about. 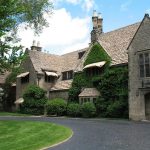 Kahn’s first project in Grosse Pointe Shores tapped into the Italian Renaissance. In 1910 at 880 Lake Shore, it became an 8,403 sq ft residence for C. Goodloe Edgar, president of Edgar Sugar House. W. Hawkins Ferry, in The Buildings of Detroit, which parallels the influences of Charles Platt’s design for Alger House, (now the Grosse Pointe War Memorial) also completed in 1910. Kahn also completed the magnificent home for Howard E. Coffin in 1910. Along with Roy Chapin, he was one of the founders of the Hudson Car Company and designed many of the company’s early models. The ‘Father of Standardization’ commissioned Kahn to design a house on Lake Shore, which exhibited the talent of creating using various architectural styles. In 1915, Kahn was hired by Grosse Pointe Shores to design the new Village Hall with his own unique flair. The front elevation consisted of brick, including four large arched windows surrounded by intricate brickwork. The new municipal building provided space for the council, offices, and a multipurpose community room, along with desks for the police and fire departments. Then, in 1927, Kahn truly showed off his creative abilities with the completion of one of his most stunning projects in Grosse Pointe Shores. The house was built for Ford Estate for Edsel and Elanor Ford and was inspired by Edsel Ford‘s admiration for the traditional English Cotswold style in areas of England. In 1930, Alvan Macauley, president of Packard, commissioned Kahn to create a grand home on Lake Shore. The Cotswold styling worked out for the Ford Mansion, so he combined it with the distinctive qualities of Tudor manor homes, which was very on trend for the homes around Grosse Pointe. 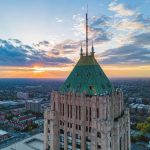 Visit the Fisher Building in the heart of Detroit, a beacon that honors the city and its people. It is a symbol of a proud past and a promising future. Discover why the Fisher Building is known as “Detroit’s Largest Art Object.” The 441-foot tower is one of the most significant works by legendary architect Albert Kahn. See for yourself, the glorious three-story arcade adorned with tremendous frescoes, mosaics, marble, and brass. Click HERE for a tour with Pure Detroit! 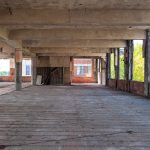 The construction and stabilization of a city often include breakdowns before the breakthrough. The Packard Plant was a pioneer for auto plants that would build and produce more than 1.6 million cars despite it also contributing to Detroit’s decline. The first Packard was completed on Nov. 6, 1899, in Warren, Ohio. After James Ward Packard moved his fledgling car company to Detroit, Albert Kahn was hired to design a factory on 40 acres along Grand Boulevard. Kahn’s use of reinforced concrete was a first for plant construction and made him the auto industry’s go-to guy for factories. After making quality cars for generations, the Detroit plant closed when the last true Packard was produced in 1956 due to zero profit. In 2013 the Peruvian developer Fernando Palazuelo bought the plant with the ambitious plan to save what he can. That did not come to fruition, and the city has begun demolition to make way for newer shinier objects. 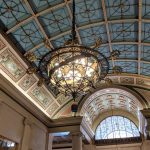 General Motors founder William C. Durant recruited none other than Albert Kahn to design him a home worthy of his car company just outside downtown. This 15-story office complex at West Grand Boulevard and Second Avenue in New Center was the world’s second-largest office building. You can witness today, the incredible 15,000 tons of steel, 4 miles of corridors, 3,500 offices, 5,148 windows containing more than 7 acres of glass, and 30 acres of floor space.  Soon after GM’s world headquarters moved out, the building was renamed Cadillac Place after the city’s founder, Antoine de la Mothe Cadillac. It now houses the State of Michigan’s Detroit offices. 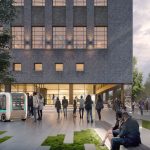 AN OUTSIDE RENDERING OF THE BOOK DEPOSITORY, PHOTO GENSLER

The Albert Kahn-designed Book Depository is keeping the concept of the original Kahn design, but expanding its functionality, so all feel welcome and inspired. Its original functions were as warehouses — first for mail, then for books. Expect a facility for people working at the intersection of hardware and software, particularly in mobility. Ideas can literally come to life in this space. Design and architecture firm Gensler has redesigned the building for a mixed-use maker space combining co-working, labs, and innovation studios with an exterior plaza, cafe, and rooftop offering immense views of the city and riverfront. 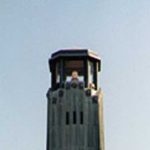 This list of Detroit design projects sheds light on past and present architectural influences. The Livingstone Memorial Light is a literal light. Many locals have seen the world’s only all-marble lighthouse, designed by legendary Detroit architect Albert Kahn. The 58-foot marble-sheathed column honors longtime Lake Carriers Association President William Livingstone’s dedication to the advancement of Great Lakes shipping. His creations are still visible to the public, including one of his greatest, a deep water channel in the Detroit River. The reliefs on the lighthouse were designed by Geza Maroti who co-designed the Fisher Building with Kahn. 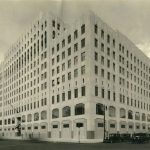 What better to include than the Albert Kahn building itself? It’s only right for the famously-known architect of Detroit to have a building named in his honor. Rooted in the New Center business district, The Albert Kahn Building is more than meets the eye. Explore the rich history behind its Art Deco facade. View the world-famous architect and witness the many prominent businesses that have occupied its floor for a taste of the industrialist era that would catapult Detroit Detroit into international prominence.