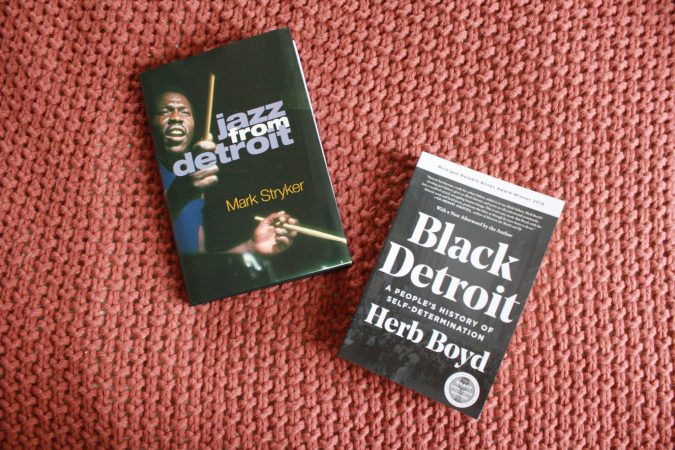 There is nothing like the feeling of cracking open a book by an author from your city, no matter where you reside. The atmosphere leaks through its pages, stories are told of past city-dwellers, and history is given a new life—fictional or non—through the authors’ words. To highlight some of Detroit’s own authors here is a curated list of books ranging from historical, to musical, to film adapted favorites. What is your favorite local author’s work?

“Black Detroit”, a NAACP 2017 Image Award Finalist, dissects the history of Detroit through the eyes of an African American. Bringing in experiences in his own life along with other Black Detroiters’ documented lives, Boyd discusses the city’s politics, economics, culture and spiritual life of Detroiters. Boyd begins Detroit’s history with Antoine de Lamothe Cadillac’s vision of the city’s potential and explores the deep influence African Americans have had on the city in the past, present, and future. Boyd moved to Detroit in 1943, is a graduate from Wayne State University, and has written several other books highlighting African American culture.

Michael Zandoorian’s 1970’s Detroit-based novel sets itself in Danny Yzemski’s life as he and the city recover from the violent 1967 riots. As his life is thrown off-kilter, Danny finds comfort and meaning through some of Detroit’s most famous local sensations: MC5 and Iggy Pop. “Beautiful Music” is every bit nostalgic for a 1970’s Detroit, and depicts the good, the bad, and the ugly of a city, and a young man, finding solace in music. Zandoorian resides in the Detroit area.

JAZZ FROM DETROIT BY MARK STRYKER

What is more quintessentially Detroit than Jazz? Mark Stryker, an award-winning arts journalist and critic at the Detroit Free Press, explores Detroit’s jazz scene beginning in the 1940s and ‘50s. Stryker highlights, along with Detroit musicians like Ron Carter, Tommy Flannagan, Joe Henderson, and others in that era, the city’s thriving auto industry, nightlife, and public school music programs that aided in Detroit’s overwhelming acceptance and outpouring of jazz music. The book continues throughout Detroit’s history, exploring numerous jazz musicians and mentors and their effect on the city and vice versa.

I HAVE THE ANSWER BY KELLY FORDON

In “I Have the Answer” by Kelly Fordon explores individuals’ convoluted and complicated feelings through refined prose and dark wit. Throughout this collection of short stories, Fordon breaks down the thoughts of the individual stuck in the doldrum of daily life yet searching for something more—transcendence. “I Have the Answer” dives beneath the surface of the suburbs, and shows that the suburban world isn’t as dull or one-dimensional as one may think. Fordon works in Detroit for the Inside Out Literary Arts Project.

This internationally known, transitionary tale by Detroit-born Jeffry Eugenides explores the life of Calliope Stephanides and the past generation of the Greek-American family. Their trek from a small village in Asia Minor to Prohibition-era Detroit, as well as Callie’s individual journey, make “Middlesex” nothing short of an epic and wondrous tale.

Lying somewhere between fact and imagination, “Black Bottom Saints” explores Detroit’s past through Joseph “Ziggy” Johnson’s eyes. Ziggy reflects on the city’s influence on him, as well as his influence on the city, all the while depicting to the reader the reminiscence of Detroit through the years. Ziggy, inspired by the Catholic Saints Day Books, creates a list of Black Bottom’s “52 saints” and their impact on the neighborhood and city alike. Alice Randall was born in Detroit.

OUT OF SIGHT BY ELMORE LEONARD

“New York Times” bestselling author Elmore Leonard’s novel “Out of Sight” follows U.S Marshal Karen Sisco as she searches for Jack Foley—a world-class gentleman felon. This thrilling, sexy tale transitioned to the screen in 1998, starring Jennifer Lopez and George Clooney. “Out of Sight” makes its way from Miami to Detroit, and Karen and Jack can’t deny the blazing chemistry between them. Leonard grew up in Detroit, attending both the University of Detroit Jesuit High School and University of Detroit Mercy.