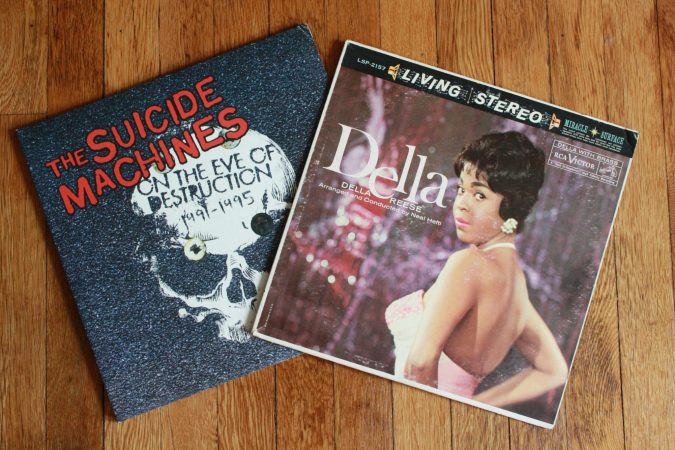 Known well for generations, Detroit offers a consistent flow of songs and music artists year after year. From Motown’s jazzy and bluesy classics to punk, rock, and techno, Detroit’s born, raised, and discovered artists leave nothing lacking for Detroiters’ ears. If discovering, or rediscovering, Detroit’s diverse sound is up your alley, below is Detroitisit’s curated Spring Playlist. And yes, it is excellent when paired with spring cleaning.

THE WHITE STRIPES: MY DOORBELL

The White Stripes, composed of Jack White and Meg White, joined musical forces in 1997 and soon came to find their garage rock style. The duo released multiple singles as well as three albums in the Detroit music scene and soon became a well-known group in the early 2000s. Their song, “My Doorbell”, was the second single on their fifth album, “Get Behind Me Satan” which was released in 2005.

The Suicide Machines, a band known well in the punk rock scene, was formed in 1991 and was originally known as Jack Kevorkian and the Suicide Machines. Their song “Sometimes I Don’t Mind” is definitely one of the band’s more chill-sounding songs, especially noticed through close attention to its lyrics. The inspiration for the song may not quite be what one originally thinks…. The Suicide Machines still perform yearly at Black Christmas, the annual punk event hosted at the Majestic Theatre.

Suzi Quatro, a Detroit native, has stuck mainly to the rock genre throughout her career. She began her career young, at the age of seven or eight, by playing percussion or drums in her father’s jazz band, the Art Quatro Trio. At the age of 21, Quatro moved to England after being spotted by a record producer at Rak Records. “State of Mind”, recorded in Hollywood, was released in 1980.

“Avalon” was released as a part of James Carter’s sixth album release, “Chasin’ the Gypsy.” Carter is a bass clarinet player, as well as a saxophonist and a flutist. This piece exudes talent, with its jazzy swing and almost chaotic horns, but is an excellent showcase of Carter’s talent. Carter first began traveling for his musical career at the age of 16 in 1985.

WHEN I GROW TOO OLD TO DREAM: DELLA REESE

Della Reese was born in July 1931 in Detroit’s historically known Black Bottom neighborhood, located on Detroit’s east side. Reese’s voice, undeniably made for her musical era, was discovered by Mahalia Jackson, a well-known gospel singer in the 20th century. As well as singing, Reese acted, produced, and was also an ordained minister.

BABY, I LOVE YOU: ARETHA FRANKLIN

Aretha Franklin, known as the Queen of Soul, makes any Detroit playlist complete. Her song, “Baby, I Love You” was named a top ten single in 1967, peaking at #4 on Billboard’s Hot 100 Singles chart. It was also featured in the 1990 film “Goodfellas” directed by Martin Scorsese.

This poignantly titled song from Sufjan Steven’s third album, titled “Michigan”, was released in 2003. Each song on “Michigan” pulls inspiration from his home state, and from this song, Detroit. Stevens, originally from Detroit, explores the city’s early 2000’s atmosphere in this song and offers hope of change to his fellow Detroiters. Oh how this city has changed since then, yet we still have far to go.

WHAT A DIFFERENCE A DAY MAKES: DIANA ROSS

Diana Ross is well known as the lead singer for Motown Records’ most successful act in the 1960s, The Supremes. Ross released her self-titled debut album in 1970, and in 1971 she began to work in her first film, “Lady Sings the Blues”. Her performance won her a Golden Globe Award, as well as nominated her for an Academy Award.