A Reflection on Atlanta’s Spa Shootings 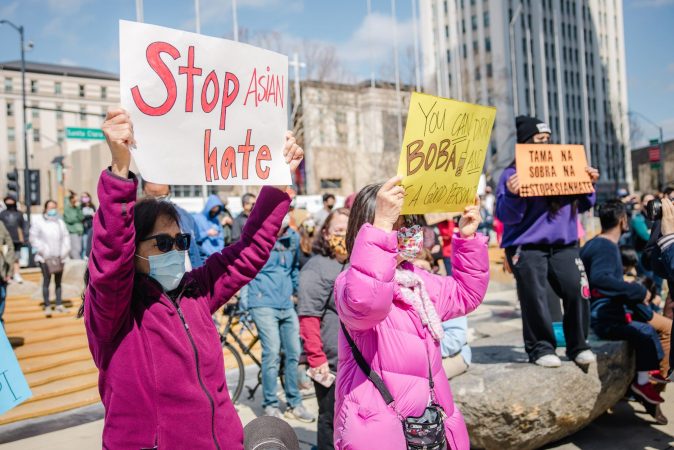 This is nothing new, and that’s why change needs to happen.

On March 16th, a series of mass shootings led to the death of 8 people, six of which were women of Asian descent. Backlash of the Asian American community began almost immediately, stemming both from frustration of the newS media’s presentation of the murders, but also towards the systemic racism that Asian Americans face daily.

In a spoken word poem, Youtuber Anna Akana speaks to this overwhelming frustration, “I am so sick and tired of being racially gaslit, my reality denied by people who don’t look like me, who don’t live like me and therefore can’t understand what it’s like to be me.” Emotion drips from her voice as she speaks these words confirming that America’s immediate media response fulfilled what it has done time and time again in the past: glaze over hate crimes against Asian Americans.

A Pew Research study found that, “About three-in-ten Asian adults (31%) say they have been subject to slurs or jokes because of their race or ethnicity since the outbreak began, compared with 21% of Black adults, 15% of Hispanic adults and 8% of white adults.” The study also found that 58% of Asian adults say it is “more common for people to express racist or racially insensitive views about people who are Asian than it was before the coronavirus outbreak.”

Simply between January 28th and February 24th of 2020, just as cases of COVID-19 began appearing in the United States, Asian Americans were subject to over 1,000 incidences of racism and hate crimes, according to a professor of Asian American Studies at San Francisco State University, Russel Jeung. These incidences consisted of people coughing or spitting on Asian Americans, denying service, physical assault, and both verbal and online harassment.

Akana herself dedicates part of the poem to call out the forms of assault Asian American’s have suffered, “…Elderly being pushed to the ground, to their death, sprayed with hand sanitizer, having pokemon balls thrown at them, punched in the head, stabbed, beaten, robbed, mocked….”

Even before the pandemic began countless hate crimes have been performed against the Asian American community, yet coverage in the media is minimal. Our fight as a country against Asian American racism is limited, our defense, our protection of 6.5% of our country’s population is negligible, and this needs to change.

The unassuming portrayal of Asian Americans as Model Minorities, defined as a demographic perceived as achieving a higher level of success or socioeconomic achievement, is a stereotype the United States can no longer afford to perpetuate. Just as the Black Lives Matter movement chanted last summer “silence is violence,” the ignorance and disregard for the racial injustice Asian Americans face every day is violence.

The ingrained racially driven falsity of the Model Minority creates not only a feeling of “otherness” for those in the Asian community, but it also provides an incorrect portrait of how good America is to those who, for lack of a better term, “play by the rules.” The term encapsulates the American Dream—work hard and you will succeed—but fails to address how the system is stacked against Asian, Black, Hispanic, Native, and all other Americans of color.

Akana addresses this in her own words, “I am tired of being the Model Minority,” she says, her voice on the verge of breaking, “held up as a shield against white supremacy by creating a false narrative that Asians are aligned with whiteness.”

This shooting in Atlanta is nothing new. It is not surprising, though it is devastating. If change is to ever happen, we as a country, as individuals, need to address the brokenness and fear the Asian American community is facing—past, present, and future. We need to listen to our friends who are hurting or in fear and learn and grow in understanding of this country’s history of systemic racism towards the Asian community.

“Six people have been murdered,” Akana says, finishing her poem, “but that’s old news, so what’s next?” It is here and now, by paying attention, by not moving on too quickly, that change can start to occur, so let’s listen and fight to make this country better.