The Prominent Activist and Academic Spoke at the University of Michigan’s Martin Luther King, Jr. Symposium 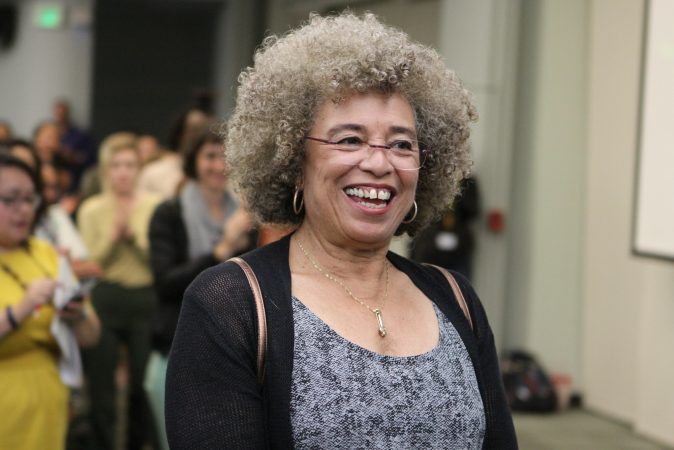 January 20th was Martin Luther King Jr. Day, and to honor his legacy the University of Michigan hosted its annual Martin Luther King, Jr. symposium which featured a keynote speech by political activist, philosopher, academic and author Angela Davis. Rising to prominence in the late 1960s through her activism, Davis worked with groups such as the Black Panther Party and the Communist Party of the USA, incorporated class, feminism and worked that and MLK’s legacy into her speech.

With not even standing room remaining, individuals from around the Metro Detroit area packed inside the Hill Auditorium in Ann Arbor to celebrate the legacy of MLK and all that he fought for. With each year’s symposium having a different them, this year’s was “The (Mis)Education of US,” a discussion aimed to inspire individuals to “consider how our schooling and larger socialization practices have worked against us in working together to build a just nation for all.” 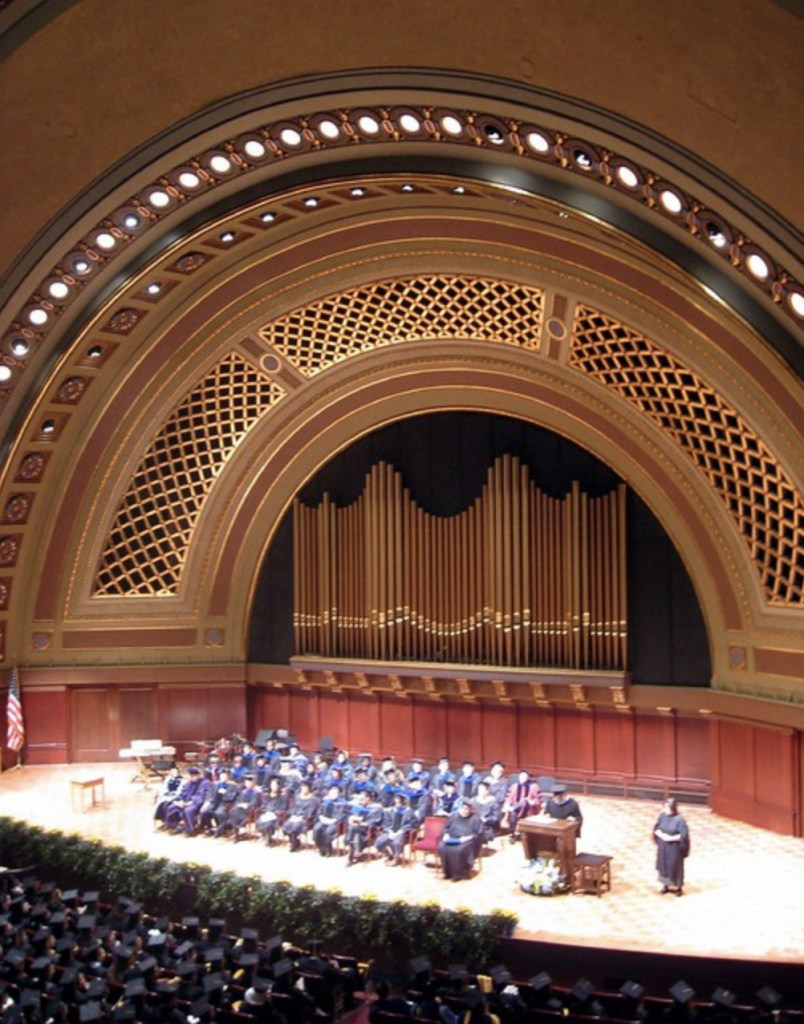 A handful of speakers opened the symposium, including University President, Mark Schlissel, and U of M student, Jeryne Fish, who issued a challenge to the audience to go out and vote on November 4th. After thunderous applause, Angela Davis began her speech by talking of how she briefly met Martin Luther King when she was 12 years old, and how she also had the opportunity to meet Malcolm X when he came to speak at Brandeis University during her undergrad. She also praised the Univerity of Michigan and the Detroit area for its history of being home to great social movements throughout history.

“Let me say it is really wonderful to be back at the University of Michigan again,” said Davis, “I have fond memories of visiting this Campus over the years, and for me, the Detroit area has always been a center of important movements. Labor movements, anti-racism movements, and I think of the role played by such leaders as James and Grace Lee Boggs, whose legacies are very much alive.”

An interesting point brought up by Davis that some may not know about was the University of Michigan’s policy Land Acknowledgment, the process of acknowledging the indigenous people who lived on the land before colonization. Davis praised U of M for recognizing that the University currently stands on land obtained, in less than unconscionable ways, from Michigans indigenous peoples.

Davis urged other universities to follow in U of M’s footsteps, stating, “It seems to me that every University in this country needs to develop a land acknowledgment acknowledging that the United States is a settler-colonial Nation. There is a need for ongoing solidarity with Indigenous struggles all over the Americas.”

Throughout her fiery speech, Davis touched on multiple points, including, glass ceiling feminism, racism, economic oppression, antisemitism and racism perpetrated by the state of Israel, as well as the recognition of Indigenous history and the role members of that community played in the fight for civil rights. All matters that, according to Davis, would have been at the forefront of Dr. King’s fight for justice if he were still alive today.

Drawing a parallel between MLK and how he would have viewed issues prevalent in modern America, Davis expressed frustration about the current defense spending practices of the United States, stating, “I’m certain if he [MLK] were alive today, he would be critical of the most recent defense spending bill that amounts to 738 billion and includes Homeland Security for the wall along the southern border.”

In bringing up the point about MLK and how he would have viewed modern America, Davis touched on Martin Luther King Jr. and his forgotten history of radical views.

In referencing MLK’s legacy, Davis stated, “They remember King the Dr. Orator, but not Dr. King the disrupter of unjust peace. They applaud the dr king who opposed violence, but not the dr king who called for massive non-white violent demonstrations to end war and poverty in our houses. They applaud his 1963 “I have a dream speech,” and that’s the only thing that many people know. They applaud his 1963 “I have a dream speech but forget how as he told us in a Christmas sermon on peace, not long after talking about that dream I started seeing it turn into a nightmare.”

King, who was murdered in 1968, had been working to organize the Poor Peoples Campaign for a march on Washington. This overlooked aspect of MLK’s work goes along with the theme of ‘The (Mis)Education of US,’ and Davis was sure to point out other holes in the education around the civil rights movement. One point, in particular, was the role played by women throughout the boycotts and sit-ins that took place during the Civil Rights Movement.

“When we talk about Dr. King, we’re really talking about the various women who organized the campaigns that constituted what we call the civil rights movement,” said Davis, “I want to pay particular tribute to black women domestic workers. They are the ones who are responsible for the success of the Montgomery Bus Boycott. Which was the catalyst for the black freedom movement, and as you know – if you have been sufficiently educated – a majority of people who rode the bus in Montgomery, Alabama, were Black women Maids. And who were washerwomen and black women who cleaned houses and cooked.”

Adding to her point, Davis stated, “When they collectively chose to imagine a different future and to refuse to ride the bus, respecting the call for a boycott that had been catalyzed by the refusal of Rosa Parks to move to the back of the bus, that was when change really began to happen. That’s why I think it’s important to pay tribute to those whose names we don’t necessarily know. And to recognize that the agents of those change collective recognize the possibility of a better future.”

Another relevant point that Davis touched on during her speech was on how to address racism in the modern-day. To her, challenging racism will require standing up to it at every avenue it appears in society.

In sharing what needs to be done, she stated, “Challenging racism involves saying no to the oppression of immigrants and challenging the way the southern border serves to criminalize people who are simply looking for a better life. It involves standing up against Islamophobia, and the recognition that women, especially women who wear the hijab, are the most consistent targets of Islamophobic violence. It involves saying no to antisemitism and, at the same time, recognizing the deeply racist policies of the state of Israel.”

Throughout her time speaking, Davis touched on a multitude of issues in her speech, from the legacy left to America after MLK’s death, to issues around economic and racial justice, to Davis’s astounding critique of the criminal justice system in America. The complete recording of the Univerity of Michigan’s Michigan Martin Luther King, Jr. Symposium can be found here and includes the entire speech by Davis and those who opened the ceremony before her.