Why Aren’t We Talking About the Woman Who Helped Start Motown? 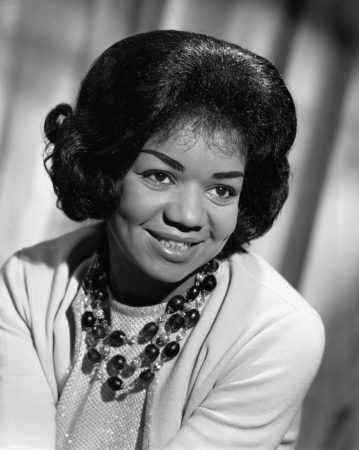 Anna Gordy Gaye is Berry Gordy’s older sister. Like her brother, she was in the record business. And perhaps because of him, we don’t hear too much about her.

Let’s face it: her brother casts a long shadow. As did her husband. But more on that in a moment.

We don’t pretend to understand family dynamics that aren’t our own. But, considering the very public evidence, it seems that without Anna, Motown might not exist.

This is where she met her future husband, Marvin Gaye. Yes, the 20 year-old musician was hired as a session musician by Anna Records before being signed to Motown. Like her brother, it seems Anna had a knack for spotting talent.

Prior to Anna Records, she cut her teeth in the industry distributing records, first for Checker Records and, later, Gone records—a fact that’s alluded to in the 2019 documentary, Hitsville: The Making of Motown.  The documentary, narrated by Berry Gordy and his longtime friend and collaborator, Smokey Robinson, take viewers on a journey from Motown’s early beginnings to the company’s final move to Hollywood. Along the way, a host of characters are introduced, including Martha Reeves, Stevie Wonder and Paul Riser.

Early on, after a scene where Berry Gordy describes his vision for the recording studio that would manifest as Hitsville USA, he drops a rather poignant sentence:

“Eventually when I thought that it was right, and my sisters promised me they could get my songs to Jackie Wilson, I quit my job, and I was ready.”

ANNA BEHIND THE MAN

Having two older sisters with a foot in the record industry gave Berry the connections, and thus the confidence, to strike out on his own—and the capitol. Both Anna and younger sister Gwen voted in the Ber-Berry Co-operative, the family loan system that granted Berry with the $800 startup capitol for his first label, Tamla Records.

Despite this, Anna’s only mentioned twice in the movie. Once to state that both Berry’s sisters worked for Motown. The second mention of Anna comes after a Berry describes the beginnings of his “love affair” with Diana Ross—’When they say Motown was a family. They had no idea. Motown was really a family. Diane and I had a love affair. Marvin [Gaye] married my sister.”

She’s not even mentioned by name. Nor is she mentioned during the five-minute section where Berry and Smokey talk about women in leadership positions at Motown. The most information we get is when Smokey shares that both Berry’s sisters worked for Motown

WTF?! Did two otherwise seemingly capable directors just not find her interesting? Did they not read the Wikipedia entry? Did they not even bother to ask Berry about the sisters who he clearly stated helped him get his started and who continued working with him? Because our inquisitive minds are fascinated,

We see you see, Benjamin Turner and Gabe Turner, and we are disappointed.

This isn’t a review of “Hitsville,” but the fact that Anna’s contributions to Motown aren’t just downplayed but completely ignored, reveals a larger story.

One that, unfortunately, isn’t unique to this film. It’s hard to find information on Anna. Our search yielded a one page Wikipedia entry and many high profile obituaries. They all include some of her many achievements as a businesswoman and songwriter, but mostly they focus on her late husband, Marvin Gaye.

Thus the “Gaye” in Anna Gordy Gaye. According her 2014 obituary in The Guardian, she was 41 when she married Marvin. He was 23. A wide gap for sure—seventeen years—but one not too much greater than the fifteen year gap between Berry and Diana Ross. We dare you to find any general article on Berry that references his relationship to any woman within the first three paragraphs.

After Berry started Motown, both Anna and Gwen went to work for him—Anna as a songwriter for Motown, leaving “her inprint” to once again quote The Guardian, “on the soul music of the 1960s and 70s.” Buried beneath an image of muse, the article goes on to acknowledge some her accomplishments:

“She became his occasional songwriting partner, collaborating on two songs – Flyin’ High and God is Love – for the classic album What’s Going On, and on The Bells and Baby I’m For Real, two of the finest soul ballads of the early 1970s, both recorded by the Originals, a Motown vocal group, under Gaye’s supervision.”

Maybe her marriage was the most fulfilling part of her life? Considering she lived to be 94 years old, and her marriage lasted less than 20, it’s doubtful.

No, we don’t know much about Anna, but want to know more.