Automakers Build an Arsenal of Health – But Can They Save Themselves?

How Detroit’s Big Three Rapidly Transition to Manufacturing Medical Supplies in the Face of the Pandemic. But What Will Happen to Vehicle Sales Models Emerging from Covid-19? 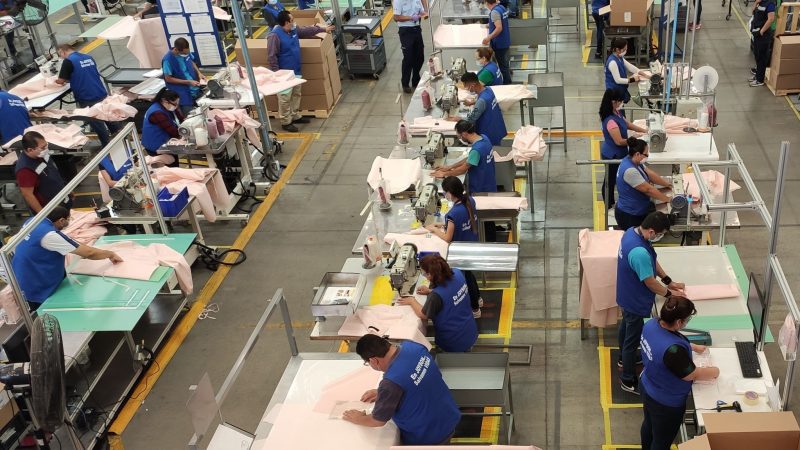 It’s been nearly 80 years since Detroit automakers set aside their traditional rivalry, joining forces to transform their factories for war production as part of what became known as the “Arsenal of Democracy.” Today, a very different enemy threatens America, a virus that takes an electron microscope to see it. But it has again united Detroit manufacturers, bringing them together as what is being called the “Arsenal of Health.”

Earlier this week, General Motors’ electronic component plant in Kokomo, Indiana began rolling out the ventilators needed to save the hardest-hit victims of COVID-19, the disease caused by the coronavirus. Ford, meanwhile, was ready to start rolling out powered ventilators needed to protect the doctors and nurses manning the front lines of the pandemic. Along with Fiat Chrysler, Detroit’s Big Three are now rolling out millions of face shields, masks, and other personal protection equipment, or PPE, helping resolve a nationwide shortage of critically needed medical gear.

“This partnership is an historic effort and a great reminder of what can be accomplished with the power of American innovation and American manufacturing skill uniting together around a singular mission to save lives,” said Chris Kiple, the CEO of Ventec Life Systems.

THE QUESTION IS WHETHER THE AUTOMAKERS CAN SAVE THEMSELVES

The auto industry is facing its biggest threat since the Great Recession, an economic downturn that saw two of the three Motown manufacturers, GM and what was then Chrysler, forced into bankruptcy, Ford escaping by the skin of its corporate teeth. By some metrics, what is happening right now is even more devastating. In March, U.S. auto sales plunged by 39% as the pandemic swept across the country. In some of the harder-hit communities, including New York and Detroit, demand has all but completely dried up.

One could find small comfort in the fact that, during the first two weeks of April, demand actually proved a bit stronger than anticipated, but that’s a matter of perspective, said Tyson Jominy, a senior analyst with J.D. Power. Going into the month, the research firm had anticipated sales would plunge by as much as 80%. Instead, they were down “just” 55% compared to year-ago levels. Nonetheless, that means the numbers are running even lower than the deepest trough of the Great Recession.

On the positive side, lessons the manufacturers learned a decade ago may prove to be their salvation. GM, Ford, and FCA are proving themselves to be leaner, more efficient and better-run organizations than what they were going into the last recession. How they fare going forward will be determined by how they can adapt those lessons to an unprecedented crisis – one for which, like World War II, there is no clear timetable.

The industry, collectively, has repeatedly delayed plans to reopen plants shuttered in mid-March. The latest target, which varies only slightly between manufacturers, would see automotive production resume sometime in early to mid-March, though few would be surprised if that slid further back. A critical challenge will be ensuring the safety of workers on the line, stressed Jim Baumbick, vice president, Ford Enterprise Product Line Management, preventing the spread of a virus that already sickened, and in some cases killed, a number of employees.

A MEDICAL PRODUCTS PRODUCTION PAY OFF AS WORKER SAFETY IS PARAMOUNT

The push to produce much-needed medical gear could pay off here. The manufacturers have come up with a number of steps to keep workers like those building ventilators in Kokomo safe. The challenge will be to apply these on a grand scale, at parts and assembly plants that typically employ thousands. Among other things, there will be more social distancing, industry officials explained, something likely to mean their plants will be operating substantially slower than normal until there’s an all-clear. 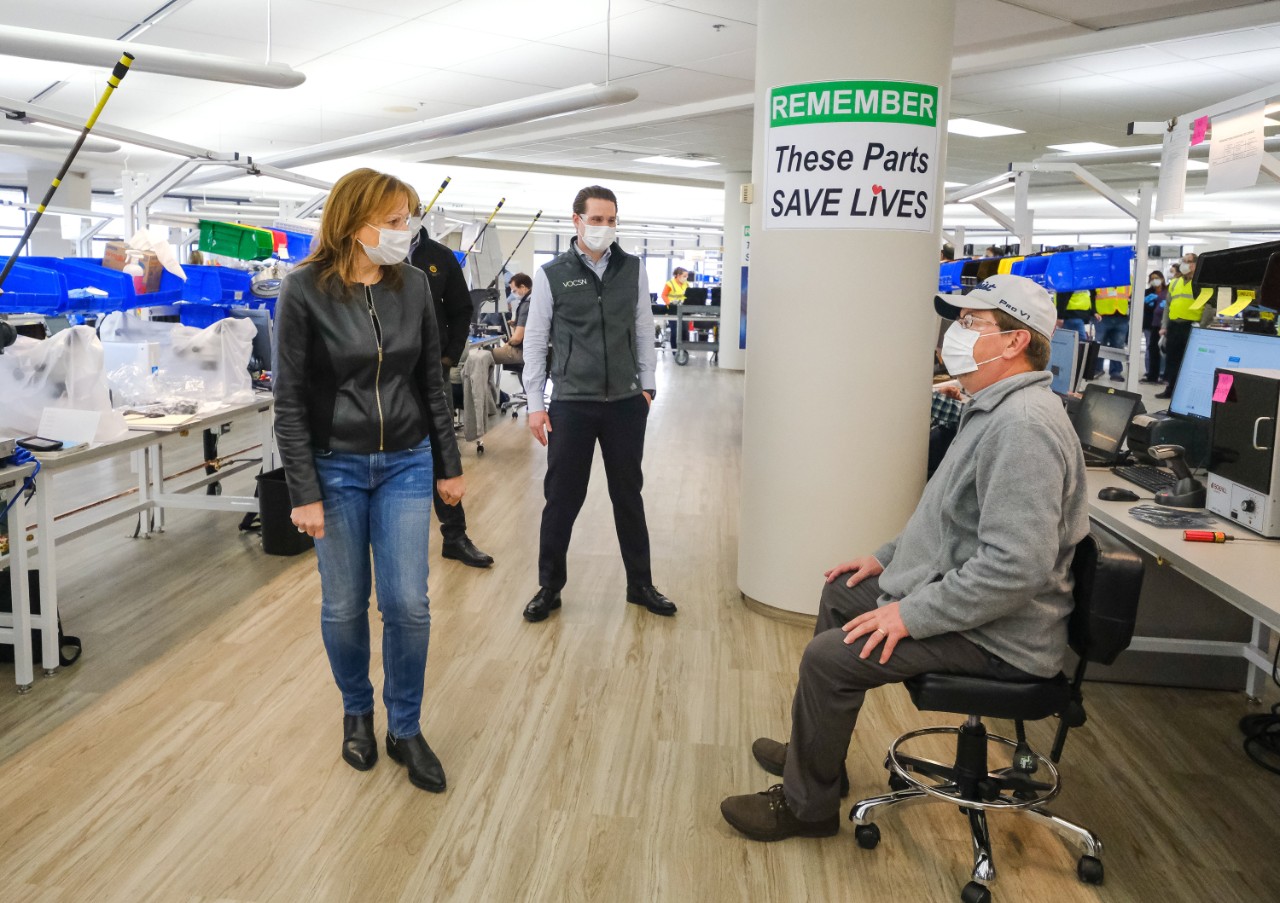 That’s likely not going to be a major issue in the near to mid-term, said Power’s Jominy, forecasting that new car demand is likely to lag for months and not experience any real recovery until 2021.

That won’t be for lack of trying. One reason April sales have held up better than expected, he explained, is the ramp up of incentives which are now running at record levels. On full-size pickups, the givebacks – which include first-ever 0% loans for up to 84 months – are worth an average $7,300 a vehicle. Don’t be surprised to see even more lavish incentives by mid-summer, according to analysts.

The question is whether automakers, desperate to rebuild sales and prop up market share, will go too far – as they did trying to hold off the inevitable during the Great Recession.

The industry, said Power’s Jominy, “could wind up in a situation where the average vehicle in the U.S. would be sold at a loss, which is not sustainable.”

Throwing cash alone at the problem won’t be enough, experts agree. And what we’re seeing already suggests there will be plenty of other changes in the way the industry operates going forward.

In fully half of the country, shelter-in-place orders have been accompanied by restrictions on car sales. In three states, sales have been banned entirely. In others, retailers can take orders online or over the phone, with careful guidelines on how those vehicles will be delivered to customers. Until now, franchise groups like the National Automobile Dealers Association have largely resisted online retailing, in part to prevent the sort of transformation that has delivered such a brutal kick to malls and other brick-and-mortar stores.

But it has become impossible to ignore the way customers are embracing this approach, according to research by auto marketing experts, including Cox Automotive and Edmunds. Whether an Amazon-like giant will come along is far from clear – and something that franchise laws will obstruct – but more and more automotive shoppers may never put a foot inside a showroom going forward. If they still want to kick tires, they’ll push dealers to bring vehicles to them, whether at home or office, suggested Joe Phillippi, head of Auto Trends Consulting.

Coming out of the pandemic, the industry will likely face pressure in many other ways. The need to conserve cash could have a significant impact on everything from marketing strategies to the sort of products they’ll focus R&D dollars on. We’ll look more into the future as this series on the auto industry continues in the coming weeks.