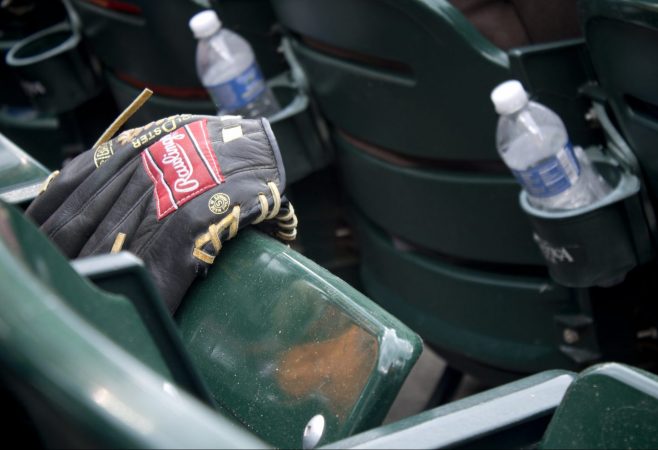 Hardcore and casual baseball fans alike should know the name, Al Kaline. Starting off as a batting champ, and growing to be a Hall of Famer, he’s one of the most famed Tigers to ever grace the field.

According to the Detroit Free Press,

“A cause of death was not immediately available. John Morad, a close friend of the family, confirmed the news to the Free Press after speaking with Kaline’s youngest son, Mike.”

Ohhhhh Nooooo. Al Kaline just passed away at 85😢😢😢😢 Absolutely heartbroken . My dads all time favorite athlete…Devastated…His life and legacy will be remembered FOREVER

Kaline was widely known as a right fielder, and played in more games and hit more homers than anyone else in club history, according to Freep, along with the sentiment that “Kaline was widely and eminently respected for his on-field elegance and off-field graciousness.”

Kaline played the game from the time he graduated high school until he played his final game at 39 years old. He finished with 399 home runs and was inducted into the Baseball Hall of Fame the first year he was eligible and was crewed up with the greats like Ted Williams and Willie Mays.

Like those of Ty Cobb and Ernie Harwell, Kaline has a statue in place at Comerica Park. A year after he retired, Kaline also joined the Tigers television team as an analyst, and worked with Harwell until 2001, until Dave Dombrowski dubbed Kaline a special assistant until Dombrowski was let go, and then he worked for Al Avila.

As a legend that only wore a Tigers uniform during his entire career, he’s known as one of the greats across all of Major League Baseball, not just as a Detroit Tiger.

Our thoughts are with his family at this time.

SEE: REACTIONS FROM THE SPORTS COMMUNITY AND TIGERS FANS ON AL KALINE’S DEATH

I’ll never forget my dugout chats with Al Kaline, who was one-of-a-kind both on and off the field.

Such a kind and generous man who meant so much to so many. I hope you knew how much I enjoyed our conversations about baseball, life, or just giving each other a hard time. I am honored to have been able to call you my friend for all these years. R.I.P. Mr Tiger, Al Kaline.

My first baseball glove as a young boy had Al Kaline’s name on it. What a great player and great guy. https://t.co/UQVbRhArjC

Al Kaline has passed away. https://t.co/zjNFL6ynP7

Former #Tigers OF Al Kaline passes away at the age of 85.

There’s an old adage that it’s not always wise to meet your heroes. But the more time I spent with Al Kaline the bigger a hero he became to me.
A great player, yes, but a towering gentleman. #RIP #Tigers

Alan Trammell on the death of Al Kaline. “We’ve lost an icon. He will always be Mr. Tiger.” Al Kaline died today at the age of 85.

Such sad news. He was a lovely, funny man who happened to be an exceptional ballplayer #RIP https://t.co/xyuAihR8od