Breaking Down Calls to Defund the Police

When You Hear Calls to “Defund the Police,” A Good Amount of People Simply Mean Slash and Redistribute Police Budgets 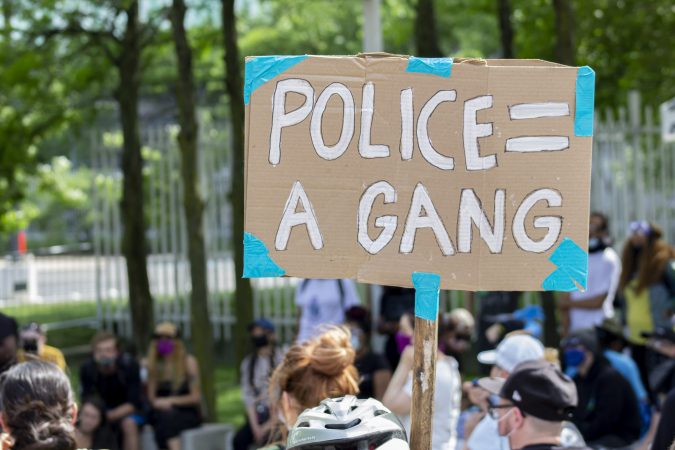 As protests erupted following the extrajudicial murder of George Floyd, calls to defund the police began popping up on social media and in the demands of demonstrators taking to the streets. However, as soon as the words “defund the police” were uttered, some in the more moderate mainstream began to act appalled, believing the movement wants to abolish the police with the flick of a switch, but this is not the case.

While there are substantial claims for police abolition that should be considered, that conversation is not the purpose of this article. Instead, let’s breakdown the relatively moderate proposals to allocate funding to more critical aspects of society that encompass many arguments at the heart of the #DefundThePolice hashtag.

WHAT DO MANY PEOPLE MEAN WHEN THEY SAY, “DEFUND THE POLICE?”

For starters, defunding the police does not mean literally getting rid of police departments outright while leaving the current structure of a city in place. Instead, it means taking money intended for already bloated police budgets and investing it into aspects such as schooling, healthcare and infrastructure while also investing in more constructive ways to address problems such as drug addiction, homelessness and mental health matters.

Looking at a city like Detroit, according to the 2019 Comprehensive Annual Financial Report (CAFR), the Detroit Police Department was allocated $330 Million of the city’s budget, vastly more than to other city services. Additionally, according to a 2017 study by the Center for Popular Democracy, Detroit was just one of many cities that spent a majority of its general funding budgets on their police departments.

It is important to remember that when looking at the budget for the Detroit Police Department, it’s fairly small in comparison to other major cities, such as New York or Los Angeles, both of whom have a police budget numbering in the billions of dollars. But, by expressing sentiments to defund the police, many demonstrators are calling attention to the fact that police budgets as they currently stand are not a constructive use of spending in a community. Especially when law officers find themselves responding to situations that would either be better handled by trained mental health professionals and counselors or should not even be handled in a law enforcement matter, to begin with.

Another aspect of the defund police push would see police taken out of schools, where their presence is not always positive, especially when resource officers begin taking on roles traditionally held by counselors. Instead of resource officers and armed security guards, money would very likely be better spent on counselors and aid programs that encourage students to succeed.

Other broader aspects of the defund the police push include ending mass incarceration, the cash bail system, the failed war on drugs and the militarization of police departments. Societal impacts of which can be better understood by reading books such as “The New Jim Crow: Mass Incarceration in the Age of Colorblindness” by author Michelle Alexander or “The End of Policing” by Alex S. Vitale.

Scaling back spending on law enforcement and investing in a community approach has real-life examples. In 2013 the city of Camden, NJ, dismantled their entire police department, instead choosing to focus on de-escalation training, as well as matters that saw law enforcement work more as “guardians” than enforcers. After doing so, the city saw crimes such as shootings and murders decline by 50 percent.

Although there is no way to predict the future, Detroit and many cities are unlikely to see a decline in demonstrations and calls to defund the police until change along the lines of the Camden model is considered. Instead of buying tanks and grenade launchers for law officers, people want schools to be funded, homelessness to not be policed as if it were a crime and for the “us vs. them” mentality of policing to end, instead, approaching the matter of law enforcement with compassion and kindness rather than forceful control.