Detroit’s Tax System is Broken, but There are Solutions

Split Rate Taxes Would Lower Taxes For Almost Everyone in Detroit, But Will They be Considered? 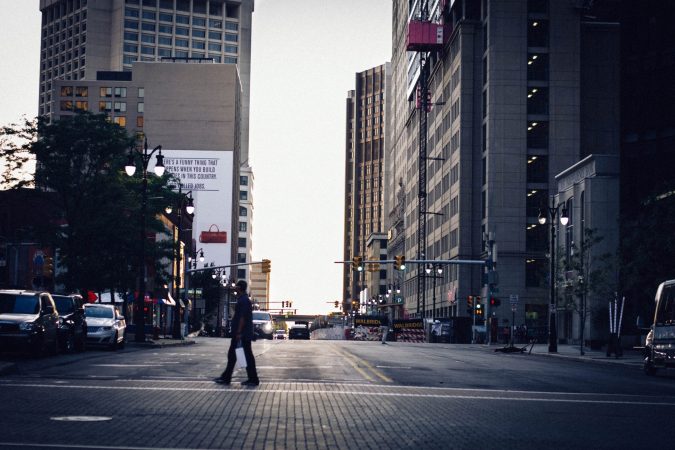 Detroit’s property tax system is broken. For most of us, this statement isn’t a new one. Story after story has been written about the effects property taxes have on Detroit residents, and many of us have even seen the effects first hand. Of course, to every problem there is a solution, yet what if that solution goes against the interests of the city’s largest landowners —will it receive the political support it needs if it truly helps everyone else?

It seems for this question the jury is still out. Wayne State’s Office of Business Innovation’s Executive Director, Matthew Roling, supports a solution to the city’s property tax issues that may be exactly what Detroit is looking for. “The property taxes in the city are incredibly high, which makes it hard to attract new development and also results in some serious equity issues.” Roling says, “because of the high property tax mill [millage] rate, especially in a low property value environment, no one wants to build or rehab major projects unless they get a property tax abatement [reduction].”

Roling explains this through a story similar to the ones many of us know: A little old lady who has lived in a house on the East side for upwards of 30 years is paying $4,000 a year in property taxes even though the home is only worth $20,000. On the other hand, there are young professionals in the city who pay $1,500 in property taxes and live in a $200,000+ condo. “A land value tax regime would reduce property taxes for almost all city resident homeowners and go a long way to helping keep more Detroiters in their homes, increase property values, and address this glaring issue of tax inequality,” he says.

Let’s repeat that, the little old lady is paying almost triple in taxes for a property worth 10 percent of the young professionals’.

If the burden for property taxes were instead shifted from the tax payer’s improvements to the actual land, it would create an incentive structure that would dissuade squatting or low land use and encourage property owners to build or rehab land. This is a land tax or split tax system.

“It rewards good uses of land that create density, and it punishes land use that creates abandonment or sprawl,” says Roling. “For instance, things like surface lots and junk or scrap yards and other large low margin industry may see their tax bill go up, and land uses like residential homes and high rises and office buildings would likely see their tax bills dramatically reduced.”

A split rate tax system would be neutral in that on a total basis no new taxes would be collected or imposed. However, it should be noted that if the city ever did move to this type of property tax system, there would certainly be those positively and negatively affected. “If you own surface lots, if you are a land speculator (squatter) or you own large low margin industrial assets, you would probably see your tax bill increase,” Roling says.

But most Detroiters—especially residential homeowners—would benefit with this system. According to Roling, “ …It would literally cut the property tax bills in half for every single person that owns their home in this city,” yet it’s a hard thing to do politically as it may affect the city’s big name land owners like Soave, or the Moroun’s. He continues, “Having said that, it would likely be a boon for the Gilbert and Ilitch worlds, as they have been more proactive about building or renovating vertically on the land they own.”

Regardless of who the winners are, Roling, speaking based on conversations with city officials, indicated that Michigan laws require that a change like this to Detroit’s property tax regime would need legislative support in Lansing no matter who potential winners and losers might be.

For Roling, and many other individuals looking into city-wide solutions, it seems that now, as we begin picking ourselves back up and healing from the effects of the pandemic, is the time to implement changes.  “It seems like the post-pandemic world has resulted in the pendulum swinging back from urbanism and density to suburbs and sprawl. Detroit’s recovery is still very nascent and fragile. Now is the time for creative solutions to help us adjust to a new world.

“We don’t have to keep working with the same toolkit we’ve used before. Land value taxes could be the silver bullet we are looking for. I’m hopeful our elected leaders see the value and have the courage to act boldly.”