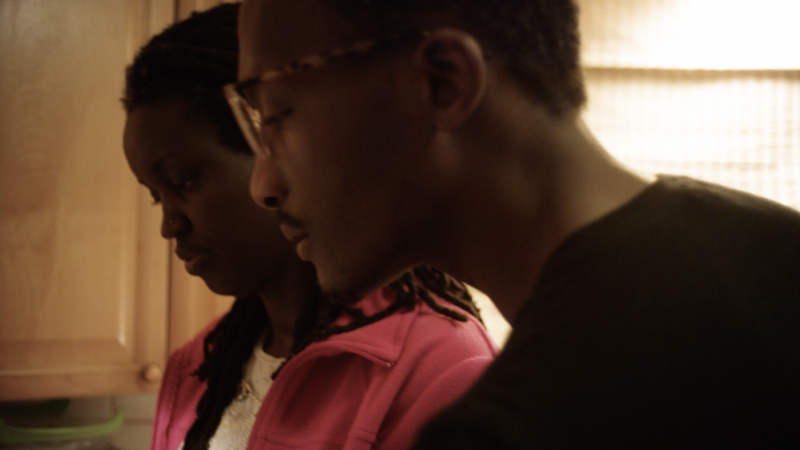 “Baobab” is the name of the African Tree of Life. It’s also half the name of Nadia Nijimbere and Hamissi Mamba’s forthcoming restaurant, Baobab Fare. Located in Detroit’s New Center Neighborhood, it will be one of the few East African restaurants in the City of Detroit.

“Refugee Restauranteurs” is the name given to them by New American Economy (NAE) at the end of their short documentary on the couple. It’s an accurate description—but perhaps limiting. Their refugee status—and experience—speaks to the couple’s ferocious strength and endurance, but these two need no modifiers to the term “restaurateur.” It’s obvious they would be successful in any business venture anywhere.

Their backstory just happens to be pretty remarkable.

Both fled the country of Burundi in East Africa, shortly after their marriage. Nadia first came to Detroit, where she learned she was pregnant with twins. Hassimi followed. it took two years, and a couple of failed visa attempts, before reuniting with his wife and meeting his two-year-old daughters for the first time.

In the short period following, the couple learned a new language and started a business while adapting to an entirely new culture and climate, raising small children and building community in a foreign land.

In 2017, they won a great opportunity $50k small business grant from Hatch Detroit, the crowdsourced business incubator, after running a series of restaurant pop-ups around town.

Yes, their story is remarkable, but the food speaks for itself.

We caught up with Hamissi to talk origin, inspiration and his upcoming restaurant, Baobab Fare.

CV Henriette: You’re opening a restaurant. How’d that come about? Why Detroit?

Hamissi Mamba: Detroit is the place where we got asylum, raised our family, and gained the funds necessary to run the restaurant by winning the prize. We also got important coaching from Prosperous Detroit.

We wanted to give back to the community after getting all of this from Detroit.

CVh: What role does cooking play in your personal lives? Now and historically.

HM: When I was growing up, my family owned a restaurant.

Cooking for us is like going to therapy, especially after going through a difficult time. After eating something from home, it can be very healing. You feel better.

Especially with what’s going on in the U.S. with all of the anti-immigrant and refugee rhetoric, even if someone doesn’t like you, if your food is great, they are going to come in and try it, even if they aren’t open to you. We’re trying to reach people who do not know us, and we are going to educate them. The only way you can unite people who are separated by barriers like these is through food. 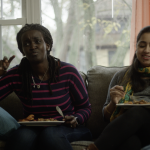 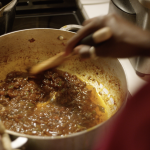 CVh: In previous articles, it’s been pointed out that “Baobab” is the “African Tree of Life.” In this point in the process and your lives, how does this symbolism resonate with you?

HM: The meaning of “Baobab”, the “African Tree of Life,” is exactly why we chose the name Baobab Fare. We came to Detroit without family, without knowing anyone from Africa. And the way in which we are growing here, we’re being fruitful, we are like a Baobab Tree growing in Detroit.

And the Baobab is able to survive. That’s what we’re doing.

“. . . the people in Detroit and Burundi are amazing. People carry your problems, and when you have a problem, it’s not only yours.”

CVh: Baobab is also the name of a family restaurant in Burundi. Will the similarities expand beyond the name?

HM: First, the thought of the restaurant’s name was for my mom, a woman who worked so hard her whole life, and we want to recognize her and her legacy. The meaning of Baobab represents her resilience too.

CVh: How do you want people to feel when they enter Baobab Fare?

We want people to feel like they are in Africa but in Detroit – what we call Africa Detroit. We want to take them back to our home while they are still in Detroit.

CVh: What’s your experience been working with Rossetti? Tell us something about the design?

HM: Rossetti has helped us immensely and they want to see us open and succeed. They give us professional services but also their soul and compassion. We originally could not hire them given our budget, but they were willing to help us.

In terms of space, we are going to keep the floor and the ceiling. The building we are in is a historic building, and we want to keep Detroit’s spirit alive in that. The colors and patterns will be African inspired. That’s how we want to show both the spirit of Africa and Detroit.

CVh: The menu? Words for those unfamiliar with East African cuisine?

HM: In East African cuisine, we do not eat meat every day. It’s not very affordable in that region. Instead, we tend to eat more rice, spinach, green peas, and ugali (corn flour dough).

Also, you don’t expect to eat meat or eat something sweet every day. Sugar and meat are very expensive goods. 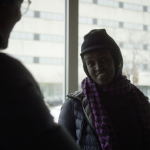 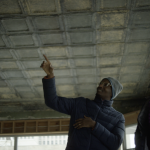 HM: My inspiration is my mother. She is the most powerful woman I’ve ever seen in my life. The way she has educated us and taught us what to do…the man I became was all a result of her.

CVh: Similarities between Detroit and Burundi?

HM: The people. The people in Detroit and Burundi are amazing. People carry your problems, and when you have a problem, it’s not only yours.

That’s why I feel like I can’t live anywhere else in Detroit. When we entered the contest, we didn’t have family here…but everyone was involved.

I recently traveled to Montreal and after a day, I missed home. When you’re in Detroit, people say hi to you, even if they don’t know you. They introduce themselves.

CVh: In a previous email you mentioned the intention to act as an embassy. Can you elaborate?

HM: When we came to Detroit after seeking asylum, we were given guidance to go to work to a factory. At the time, we didn’t have any role models…people to aspire to be like. With the new restaurant, we want to provide a meeting place for people who need that.

Many people also want to travel to Africa, but they don’t know where to go, and that’s information that we’ll help provide. We can connect them to people who can answer any question they have.

We also received support services from Freedom House when we first settled in Detroit. But for many immigrants, after getting work authorizations, they don’t know where or how to start building their life. So, we’re going to hire refugees and immigrants, so that they can start to build new lives for themselves. That’s the role we can play with our restaurant.

CVh: You’ve had to overcome many obstacles to bring the vision of Baobab a reality. Do you have advice to others who aspire to open a small business but may be daunted by similar challenges?

HM: The advice I have for anyone who wants something is to keep pursuing your dream. This world has never been easy, but your dream is possible.

And remember these three things: work hard, have focus, and have discipline.

To learn more about Baobab Fare and their upcoming opening, visit their website: http://baobabfare.com

In conclusion, a word from New American Economy:

NAE has research that sheds light on the contributions of refugees like Nadia and Hamissi. NAE’s research has found that nationwide, refugees earned more than $77 billion in household income and paid almost $21 billion in taxes in 2015 alone. Refugees also have some of the highest entrepreneurship rates in the United States. In 2015, refugee-owned businesses took in more than $4.6 billion. The state of Michigan has 75,000 refugees that call it home. In 2015 alone, refugees in Michigan earned more than $1.6 billion in household income and paid more than $395 million in taxes. At a time when the United States is taking in fewer and fewer refugees, Nadia and Hamissi’s story reflects what America will lose through these policies. Their restaurant and ambition is a clear reflection of how refugees lift the American economy and bring new life to the communities that invest in them.