Behind the Bottle with Three Michigan Distillers 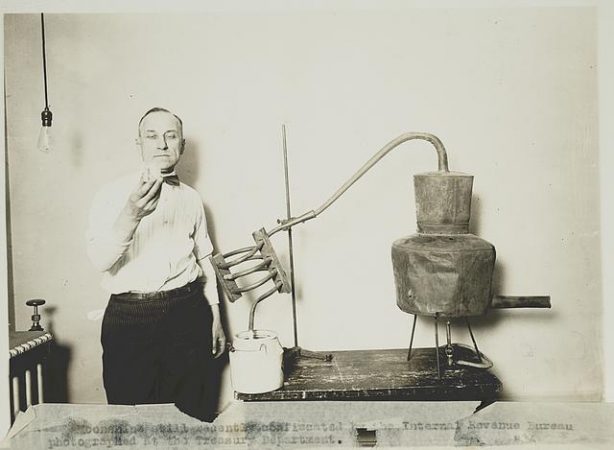 Distillers are the magicians who transform raw ingredients such as corn, rye, and barley into the magical part of your cocktail. They can turn rye into a beverage that tastes like caramel or chocolate or create gin that smells like perfume or pine trees. In Michigan, these folks are forging sustaining relationships with farmers taking a nod, as Phil Attee from Mammoth Distilling points out, from the “farm-to-table movement in food.”

While not all Michigan distilleries use exclusively Michigan made products—in fact, we can’t think of one that does—we’ve highlighted those who are all dedicated to sourcing high quality ingredients, regardless of point of origin.

The result is a collection of products that are as rich and diverse as the state, both agriculturally and culturally.

We caught up with three of our favorite Michigan-based distillers to catch a glimpse of the mundane behind the magic. 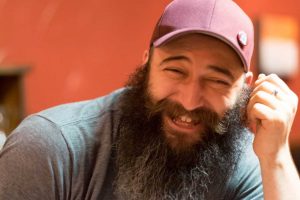 Phil Attee: I had a professional background in the hard sciences and became particularly interested in food preservation methods. I started distilling in 2015 under the tutelage of Ari Sussman, with whom I’ve been recently reunited at Mammoth Distilling.

PA: We made bourbon, rye, gin, vodka, rum, and a few different kinds of liqueurs.

PA: I had several jobs before the booze industry.  I worked in a research lab at U of M and in a chemistry lab at NSF International.  I also had a bunch of what I call “jobbies” (hobbies I got paid for): I helped make pickles at The Brinery, DJ’d dance parties, ran a very small catering company, and tended bar at Alley Bar in Ann Arbor.

CVh: Best part of your job?

PA: R&D. I like to find ways to make stuff nobody else has made.

PA: A significant amount of work as a distiller is janitorial—lots of mopping, scrubbing, and quality time with a squeegee.

CVh: Favorite spirit? How are you drinking it?

PA: Amari and herbal liqueurs. I’ve been substituting them into classic cocktails.

PA: My taste in music varies quite a bit depending on the day, but it’s pretty much never pop country.

PA: Full creative power over my own spirits line. The good news is that’s on its way.

PA: Brandy is widely underappreciated in the US.

PA: I certainly hope not; I do it all the time.

PA: I really love Amor y Amargo in NYC.  If I based the decision on the total amount of alcohol consumed in one establishment, it would be Alley Bar in Ann Arbor.

PA: Ari and I are starting a small division of Mammoth called The Formulary, where we’ll be making amari, herbal liqueurs and cocktail bitters.  Just like the farm-to-table movement in food, the spirits industry is moving to more local sourcing, production and consumption.  That’s good news for Michigan, as we have a very agriculturally diverse state.

CVh: Tell me something I don’t know. Anything.

PA: In 2003, I successfully talked my way past security backstage at Ozzfest and ended up having lunch with Kelly Osborne and Zakk Wylde. 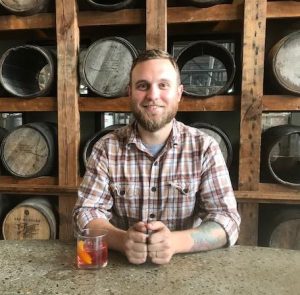 Joe Lordon: I walked into the Two James tasting room with a paper resume, not knowing anything about the company other than what I had read on the Pure Michigan website, and I was hired a couple months later. I started part-time pushing a broom and soaking up as much of the process as possible.

JL: We’ve released about a dozen products overall, including Catcher’s Rye Whiskey, Old Cockney Gin, Nain Rouge Absinthe, and a variety of other spirits. We import a mezcal from Oaxaca, Mexico, and our Doctor Bird rum is an in-house blend of three different rums from Jamaica, finished in muscatel barrels.

JL: My last gig was building guitars at Gibson in Nashville, TN. I still work on instruments as a hobby in my home shop.

CVh: Favorite spirit to drink? How are you drinking it?

JL: Gin and tonic on the porch from mid-spring to late-summer. The rest of the year I enjoy our Catcher’s Rye—in a cocktail as an Old Pal or a simple whiskey ginger.

JL: When we’re running production with the full crew, it’s mostly punk or metal. When I have the distillery to myself I’m listening to something like Tom Petty or Bruce Springsteen.

JL: I already have my fantasy career, but if I had to pick another path I would love to do something involving history. Either writing books, working at a museum or making documentaries.

JL: Rye whiskey is way underrated in many circles. I love bourbon as much as the next guy, but some people get so caught up in the buzz of it that they fail to ever step outside of their comfort zone.

JL: Usually it comes in the form of a statement: “That’s not real bourbon because bourbon has to be made in Kentucky.”

JL: Moonshine is a spirit that is illegally produced due to taxes not being paid on it. While many distilleries are starting to use that term to describe unaged whiskey, it’s more of a marketing idea than a historical definition.

JL: Depends on how much you drink! The short answer is no. If, however, you drink the “heads” you can wind up in a pretty bad place. For the most part, though, if you drank what was coming off the still you would just be drinking high proof spirits.

JL: That’s tough. It all depends on the situation, but for the most part I enjoy bars where you can still get a beer for two bucks, there is more bar than table seating and it’s never too busy to find a seat.

Brownwater’s is great—as well as a handful of other spots around town.

JL: Whiskey made in the 1790’s at George Washington’s Mount Vernon distillery as well as some of the whiskey being produced in Western PA leading up to the Whiskey Rebellion—just to see who was doing a better job.

JL: Dave Pickerell played a huge part in getting Two James up and running, and Erik Morningstar was the first one to really allow me to get my hands dirty and learn the process.

JL: The few minutes just before sunrise where Michigan Avenue is still empty, but the city is beginning to light up.

JD: We are continuing to put away more whiskey barrels every day and expanding our distribution into more markets around the country/world. Lots of exciting things in the works around here, but who knows what’s next for us? Maybe Matthew McConaughey will ditch Wild Turkey and start making commercials for us?

JL: If you could have a drink with anybody, dead or alive, who would it be?

JL: If you asked me this every day for a week I would probably give you seven different answers, but right now I would say either Abraham Lincoln or Ernie Harwell. 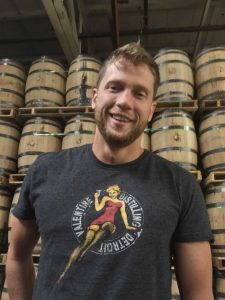 Justin Aden: I began distilling almost immediately upon completing degrees in Microbiology and Molecular Genetics from Michigan State University, where I specialized in ethanol fermentation science. I was hired into the MSU Artisan Distilling Program as a full-time distiller, researcher and industry consultant.

I’ve been with Valentine Distilling Co. since 2014.

JA: Everything from brandies and eau de vies out of apples, pears and cherries to vodkas from Washington heirloom redskin potatoes or South Dakota organic oats or North Carolina sweet potatoes or New York concord grapes—as well as extensive whiskey distillations out of just about any and every grain mashbill imaginable.

CVh: Tell us about your day-to-day.

JA: As a micro-distillery with a full range of products, every day is a little different, but I am always coordinating the mashing, fermenting, distilling, tasting, blending or bottling of several spirits simultaneously. I am not one for routine! It slowly chips away at passion.

JA: “Is your vodka gluten-free?”

JA: A lot of fun to make Up North at Salmon Camp once a year with your friends and the old-timers— I’ve heard.

JA: I’m living proof that you will not. But it takes quite a bit of practice.

Straight or on the rocks?

Tell me something I don’t know. Anything.

JA: Michigan was the first state to ratify the 21st Amendment and the repeal of Prohibition.

What’s next? For you? The industry?

We’re continuing to see new distilleries open on a near-daily basis nationwide, with a shortage of experienced distillers and a (seemingly) rapidly approaching market saturation point that’s exasperated by some of the massive beverage companies acquiring some of the more successful pioneering craft-distillery brands.

Concurrently, there’s other interesting factors going on: Kentucky having more aging whiskey casks than at any point in history—which means a glut of competitively priced whiskey is going to wash the market in the very near future. Then there’s the speculation about whether the legalization of marijuana will suppress our nations appetite/spending for booze.

This is all to say that it is very tough to predict what is next for the American craft distilling industry, but I believe that quality spirits will always have a place.