We’re Celebrating Detroit Cocktail Week by Interviewing Our Favorite Distillers, Here and There 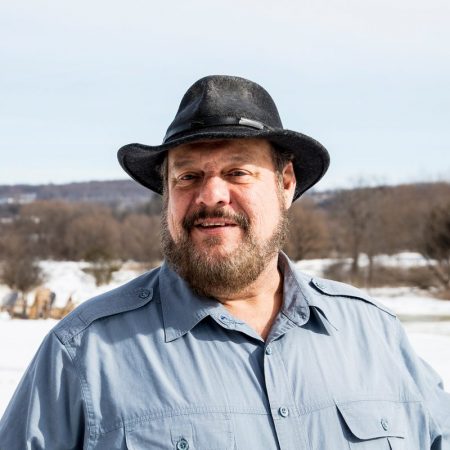 You can make cocktails with a lot of different ingredients, but you can’t make one without booze. Unless it’s a mocktail or, as a gentleman at the DTLA NOMAD hotel recently called it, a “soft cocktail.” Either way, not a cocktail.

To celebrate Detroit Cocktail Week, we’re interviewing the people—ok, *sigh*, in this case, men—who make spirits AKA the foundation of your drink. Whether or not you’re into cocktails, it’s a hellavah process and these distillers have some good stories to share.

To kick it off, we’re spending time with WhistlePig’s Dave Pickerell. Those in the know will recognize him as the former Master Distiller of Maker’s Mark as well as being, well, one of the most celebrated names in the industry.  He’s everywhere spirits are being made, discussed, and celebrated: consulting, teaching, and hanging out with 80’s metal bands. While not from Detroit, there is a connection: he was the original consultant for Detroit’s Two James Spirits—the first distillery, take note, to open in the city since prohibition.

“There is no day-to-day routine.  Every day brings new challenges.  That’s what I like most about what I do.  One day I can be designing a new process for a distillery—the next I can be hanging with Metallica (the band).”

CV Henriette: You’re a distiller. Since when? How’d that happen?

Dave Pickerell: I wanted to be a chemical engineer since I was five years old.  I finally got to stand for my master’s degree in chemical engineering in 1986.  While studying thermodynamics, I had to take a distillation exam, and I scored a 99 percent.  The second-highest score was a 35.  My mentor determined that I am an idiot savant in distillation and decided that the beverage alcohol industry needed me.  He arranged for me to get a job as a chemical engineer with a consulting company in Louisville that specialized in beverage alcohol production.

DP: I had the opportunity to make spirits of all kinds all over the world. Bourbon, rye, American malt whiskey, Scotch, Canadian whiskey, brandy, tequila, vodka, gin, rum…almost every kind of spirit you can imagine.

DP: I got my bachelor’s degree in Chemistry from the U.S. Military Academy at West Point.  After graduation, I spent 11 years in the Army where I served as a Cavalry officer with Logistics, Parachute, and Instructor specialties.

CVh: We first met when you were in town working with Two James Spirits, but you’ve spent a lot of time in Detroit throughout your life. Thoughts on the city?

DP: So much fun in Detroit ! I’ve met so many great people and have watched the city go from peak to hard times to the beginning of its resurgence.

CVh: Tell us about your day-to-day.

DP: There is no day-to-day routine.  Every day brings new challenges.  That’s what I like most about what I do.  One day I can be designing a new process for a distillery—the next I can be hanging with Metallica (the band).

CVh: Best part of your job?

DP: The people. I love people, hanging with them, doing things for them, chatting….

DP: The times when I’m alone.

CVh: Favorite spirit to drink? How are you drinking it?

DP: Rye whiskey neat with a few small ice chunks, in an old classic cocktail. Monte Carlo, Old Pal, and Rattlesnake are among my current favorites.

DP: I’ll let you know if that ever happens.

DP: An illegal distillate. Unfortunately, there is no adequate category in the American spirits regulations for the stuff being marketed as “moonshine.” Some is corn whiskey, some is repackaged vodka, some is unaged bourbon…and on and on….

DP: I hope not. I do it all the time. Just not in massive quantities.

DP: The first bottle ever sold from the Stitzel-Weller distillery in Louisville.

Jim Welty – my first real science teacher and the man after whom I’ve patterned my teaching style.

John (Mac) Meredith – my first boss in the beverage alcohol world who exposed me to the whole world of distilled spirits.

Bill Samuels, Jr. – at who’s feet I got to sit for 14 years and learn so much about Bourbon, marketing, focus, excellence.

DP: Work hard, don’t cut corners, read all you can find about your craft, experiment, and taste EVERYTHING.

CVh: Straight or on the rocks?

DP: Totally depends on the situation, the spirit, and the location.

CVh: Tell me something I don’t know. Anything.

DP: In 1981, I was the Colorado All styles Open Karate and Kung Fu champion in my weight class. J

CVh: Question I forgot to ask.

DP: I have four awesome children and four incredible grandsons!