10 Albums to Bump During Your Self-Quarantine

5 Indies, 5 Worldwide Albums to Keep You From Going Stir Crazy During Social Distancing 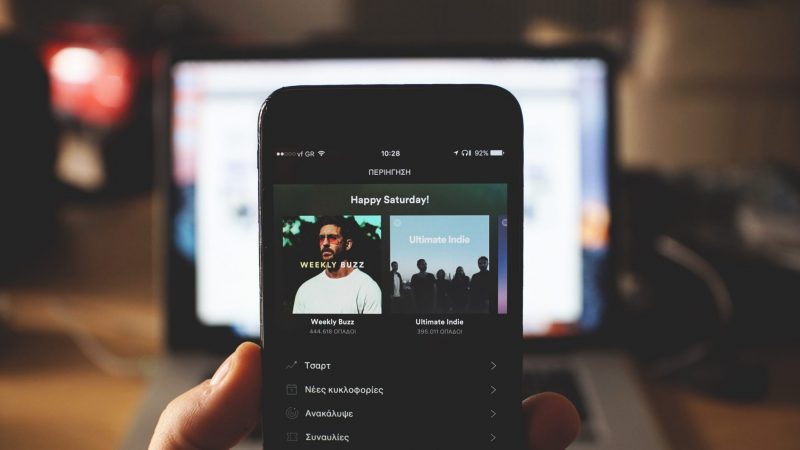 For those of us consuming Coronavirus information updates every 30 seconds, it’s hard to keep up, let alone decipher what it all means. To inspire our readers, Detroitisit is taking an informative stance to help keep you best aware of what’s going on, and what steps can help make the COVID-19 that much smoother for us.

Music soothes the savage beast, so what better than to round up some of the albums you should be listening to while you’re self-quarantining.

Honestly, if you call it that, or social distancing, it feels more normal the more you say it, so just BEAR WITH ME OKAY, PEOPLE?!

We picked some of our favorites that are Detroit-based artists, such as Crimson Alchemist, The Muggs, Bathroom of the Future, and Mac Saturn, but also some bigger names as well – like, duh, The Weeknd.

Now, GET TO LISTENING!

THE WEEKND – ‘AFTER HOURS’

While some artists have postponed their albums due to Coronavirus panic, The Weeknd is still going through with his release and has already landed the number 1 spot since 12:07 this AM, according to Complex. Talk about in-demand.

Released on Valentine’s Day, Crimson Alchemist’s EP itself shares vulnerability while discussing themes like emotional pitfalls when loving others, triumphs from loving ones-self, feeling lost after a breakup, and more. We felt we could compare her style to Lo-Fi Hip Hop Study Beats meets Missy Elliot.

Mac Miller’s estate released the posthumous first run of ‘Circles’ the same day as Eminem’s ‘Music To Be Murdered By,’ and frankly, even though we’re big Eminem fans here in Detroit, it kind of overshadowed this release as a whole. But never fear, two new songs were added to the deluxe cut of the albums, which you can listen to now. RIP Mac Miller, we miss you immensely.

New York Mag. Link in Bio. Words by @craig_sj and Photos by @christaanfelber

THE MUGGS – ‘SLAVE TO SOUND’

The Muggs are a favorite to DII, with their classic and groovy Detroit Rock sound. Just this year, they released ‘Slave To Sound,’ which showcases effectively the truth of The Muggs in the stretch of their albums over the years. Tony DeNardo met Danny Methric when they were 13— and according to them,” We just fell in love with music together. The blues and rock and roll and the Beatles.”

If you’re into the bilingual swing, J Balvin comes correct for his newest album ‘Colores,’ which is rivaling in release with The Weeknd right now. Hold a dance party in your living room with some of the other Hispanic albums released this month and shake off those bored-eating calories to this!

I have to admit, I had not heard of this dude before I was researching albums to include in this piece, but he’s not bad! This new release from Conan Gray called ‘Kid Krow’ is kind of a bop! The tracks are indie-pop, with some electronic mixed in (what isn’t electronic-fused though anymore, to be honest), and tracks like “Wish You Were Sober” can be a mental montage for your visual projection of this year’s Summertime… We seriously can’t wait.

Alright, before you pitchfork me, hear me out. I’m not really a Top-40 Pop person OR an ‘American Idol’ advocate, and I’m kind of an “If it ain’t Freddie I don’t want it” Queen fan. But Adam Lambert’s ‘Velvet’ runs far from radio-bait jams. And honestly, I was hooked the minute Lambert dropped the lines “I’ve been feelin’ nostalgic / I know that I’m not the only one / I think it’s time for a throwback / To remind me how to fall in love.” YASSSSSSSSSS B*TCHHHHH!

BATHROOM OF THE FUTURE – ‘WORDS I HAD’

Local Nerd-Punk band Bathroom of the Future (yes, I just made up a genre classification) released ‘Words I Had’ back in 2019, but honestly, who can’t get behind songs about ‘Cowboy BeBop,’ fighting about ‘Star Wars,’ really expensive milkshakes, and screaming about their Dad taking them to the zoo? … Honestly, if that didn’t entice you to figure out who the hell they are, I can only do so much.

The title is a mouthful, but it bumps! You may not have a love for the new-type of Rap music, but if you sometimes fall for a Migos song every now and again, Lil’ Uzi Vert’s newest drop is right up your alley. Plus, the album art is an homage to ‘Scott Pilgrim Vs. The World’ so I gotta give that a shoutout.

Yes. We love Mac Saturn. Are we going to stop plugging ‘Stomp Shop’ anytime soon? Probably not, so get used to it. Since 2/3 of our Music staff has written and vouched for Mac Saturn, it was my turn to lay down my sword and pledge allegiance to the men who leave their shirt buttons just a little lower to reveal their gold chains and cooing nature of their badass rock and roll. And a suggestion: If you dig the album on streaming, pick it up on Vinyl. It’s even cooler that way.

What have you been listening to during self-quarantine? Let us know in the comments on Facebook!