With a New Look For Its June Debut, NAIAS Eyes the Future with Expanded Outdoor Interactive Experiences 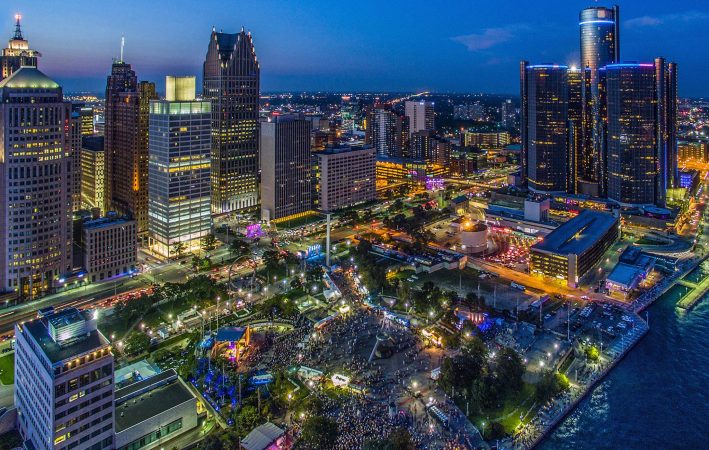 Back in the dead of winter of 2002, Ford Motor Company injected a much-needed thrill into the Motor City at the annual North American International Auto Show. A lemon-yellow Ford GT40 Concept car revved onto the stage, and when Chairman Bill Ford climbed out of the passenger seat to introduce the comeback of a classic, whistles and applause greeted him. It was a marquis moment, like countless other memorable moments since the global auto show launched in 1988, and why the media and political leaders braved Michigan’s punishing winters to attend.

Detroit reminded the world of its might during auto show season and the global influence of its Big Three automakers headquartered in Southeast Michigan. In 2002, it was the early days of internet news and before the advent of smartphones and Twitter. For anyone who followed the auto industry, you had to be there, or you were missing out. 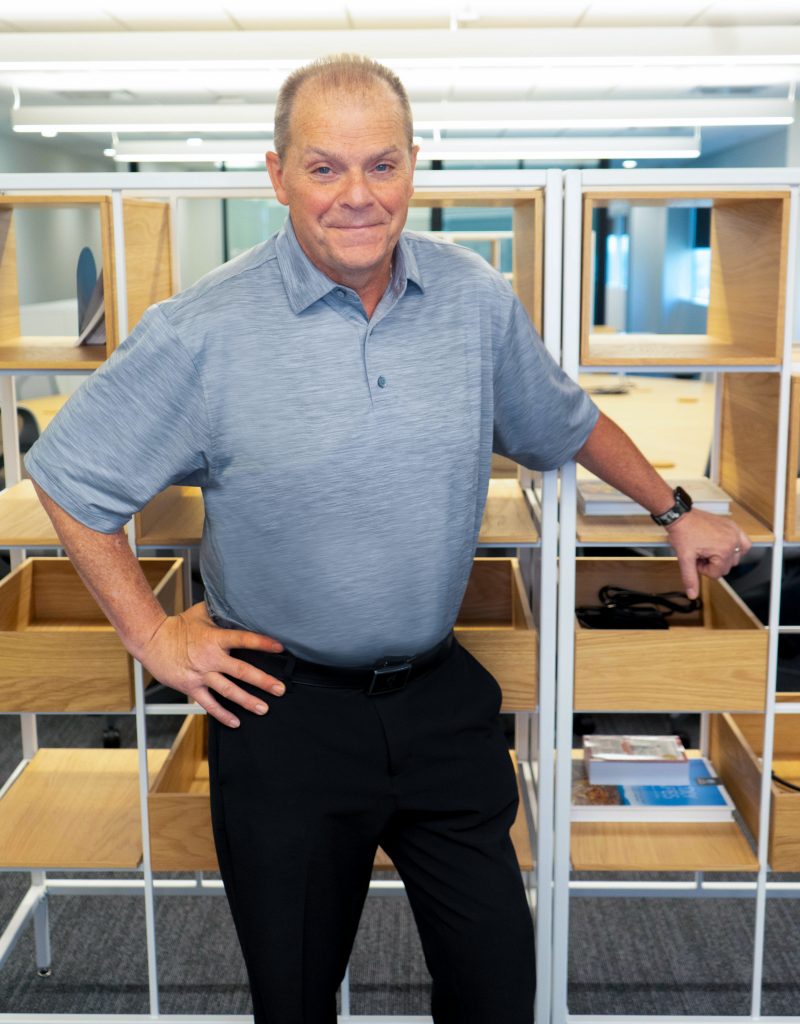 But in recent years, journalists covering the auto show previews began to comment on a shift. The coverage was timed to pre-scheduled embargoes to maximize website traffic, so that media no longer had to attend the shows in person to get the news. Car enthusiasts opted to stream automaker press conferences from home. Dealers who once relied predominantly on foot traffic to reach customers, became more dependent on digital experiences, as sales cycles for cars varied from model to model.

CHANGE IS COMING FOR THE AUTO SHOW 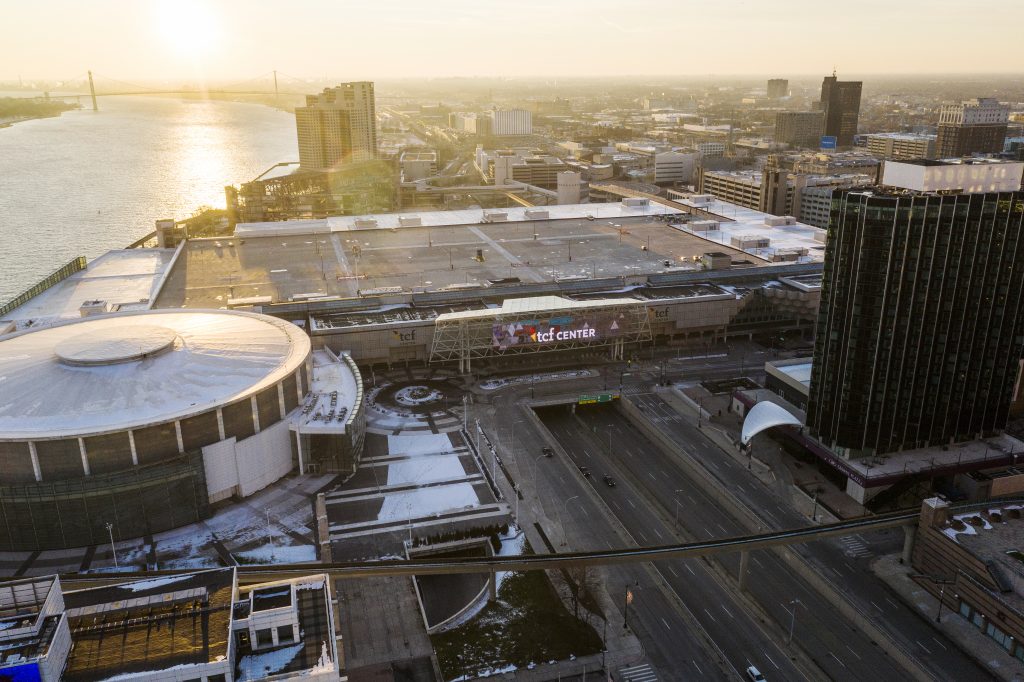 The conversations around the future of cars moved at a rapid pace, which was incongruent to the traditional auto show format. AutoMobili-D, a separate exhibition space for tech-driven initiatives launched in 2017, but they needed to do more. Many industry leaders saw the benefit of an increased innovation focus and supported efforts to build out a more mobility-minded component of the auto show.

And, the Detroit show now also had the misfortune of either overlapping or directly following the Consumer Electronics Show, the tech industry’s dominant trade show in Las Vegas held in the first week of January.

“With the advent of all the technology going into the vehicle, autonomous and electric capturing people’s imaginations, a lot of the automakers both domestic and foreign are using CES as a platform,” LaNeve says.

Year after year, a growing number of manufacturers opted to sit out Detroit. NAIAS, while still important to the region, had lost some of its international stature. It became clear that it was time for a change. 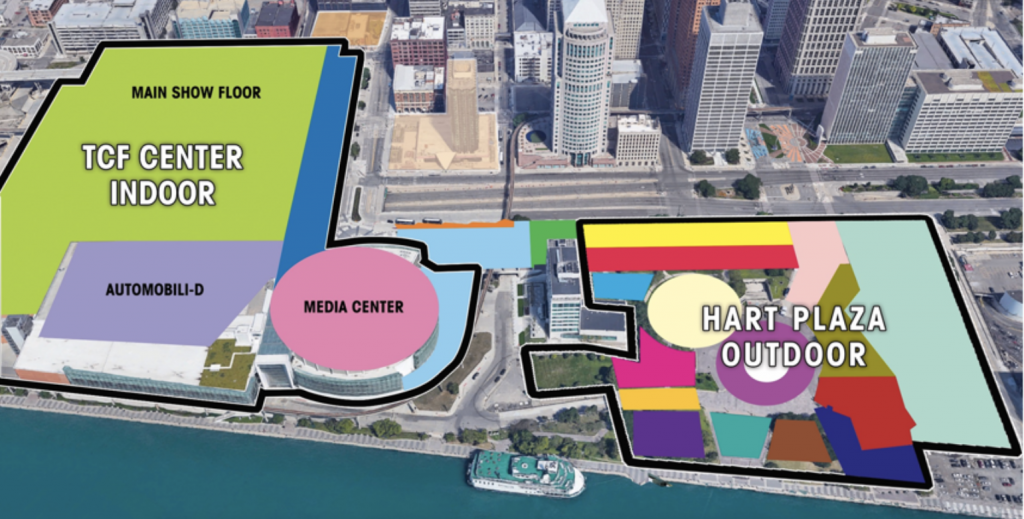 FUTURE LAYOUT OF THE NAIAS 2020 TAKING SHAPE IN THE CITY CENTER. IMAGE COURTESY OF NAIAS

Now that change is afoot. The auto show is abandoning winter for the summer season. NAIAS media previews begin on June 7 and the show runs through June 20, 2020. It will spill far beyond the renamed and renovated two-million-square foot TCF Center to the outdoors, across Detroit’s Hart Plaza riverfront and make use of parks as it weaves past Jefferson Avenue. Car companies will be able to create dynamic displays to show off tech advancements and to appease enthusiasts with interactive vehicle demos. Will our futurist dreams of consumer autonomous driving happen here? 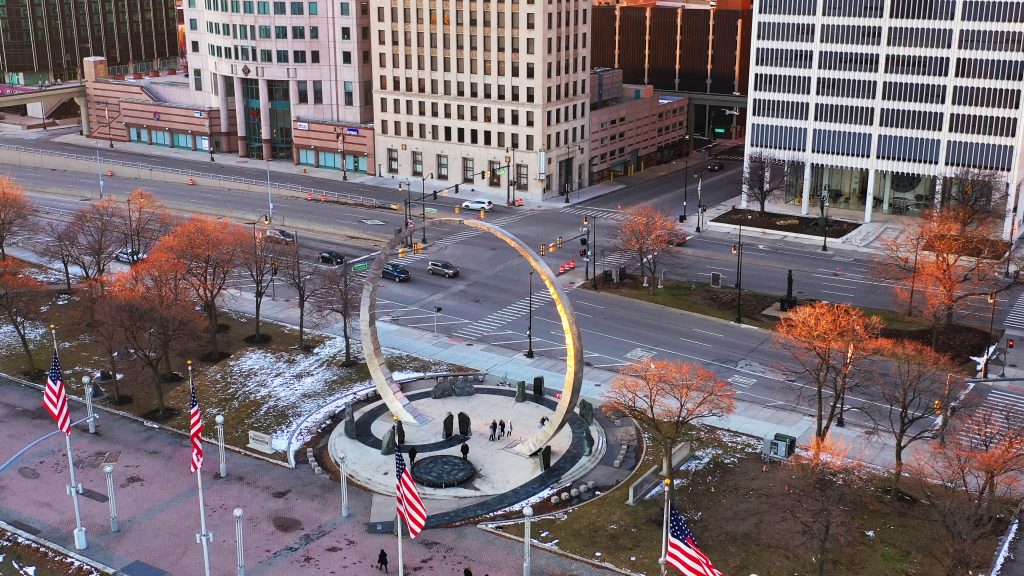 In short, Detroit is doubling down on its Motor City status at a time when the city is the focus of tremendous attention. The move seems right on time, as Detroit is becoming a tourist destination. Lonely Planet listed Detroit second on its list of the best cities to visit in 2018. The New York Times posted its infamous 36 Hours column on Detroit in 2017. And the number of tourists flocking to the cities’ new restaurant and gallery scenes has jumped to 19 million visitors in 2019 according to the Detroit Metro Convention & Visitors Bureau.

NEW TIMES AHEAD FOR DETROIT 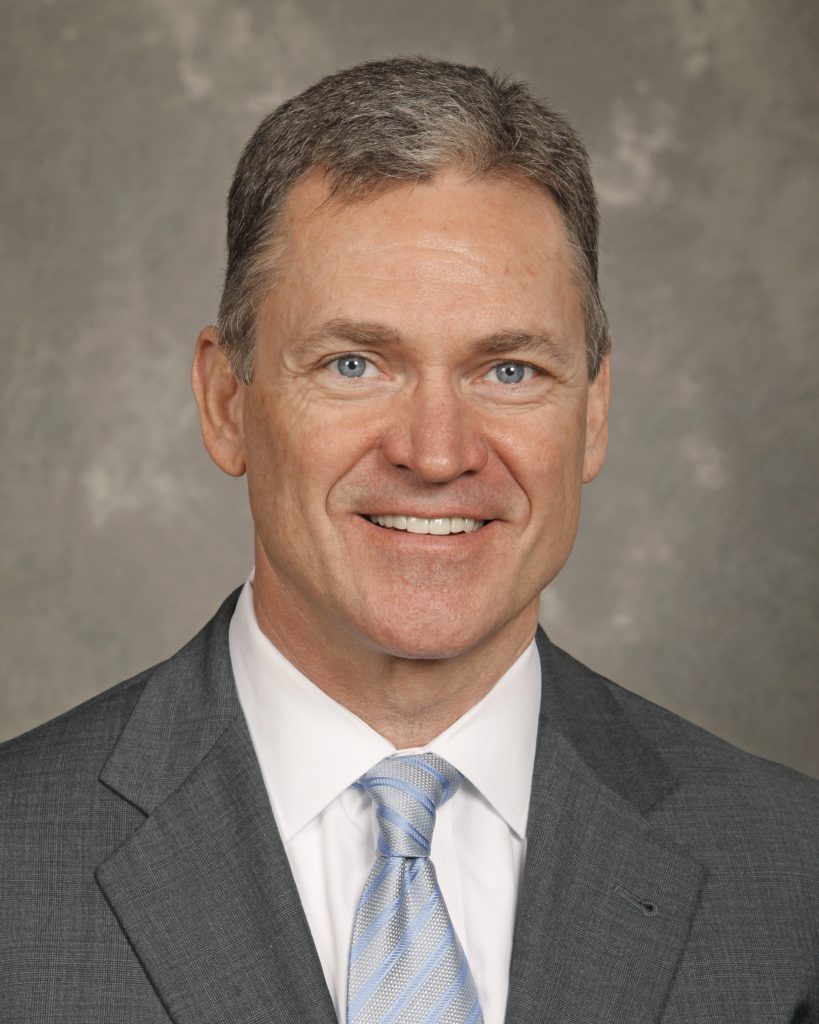 The change in timing is a way to remind people about the industry that made the town, and how it is adapting to the future when Detroit beckons visitors. Rod Alberts, Executive Director of the Detroit Auto Dealers Association (DADA) and the North American International Auto Show (NAIAS) has watched this evolution up close since he came to Detroit over two decades ago.

“The move to June has been a long time in the making,” he says. “As a show, we’re making sure that we’re adjusting to the times. It’s embracing a new generation of car buyers and manufacturers by showing cars and technology and mobility. It can’t be a static environment. Detroit is the car capital. We have to play to our strengths.”

The change started with the NAIAS board, made up of dealers, who spent several years touring the globe, visiting trade shows like CES, music festivals such as SXSW and car enthusiast events such as the Goodwood Festival of Speed in the UK.

When Doug North, president of North Brothers Ford, became this year’s Chairman of NAIAS, he was tasked with executing the show’s new vision. “We are now providing a landscape for manufacturers to show technology in a number of ways, how an autonomous car would parallel park, or an autonomous shuttle, or the functionality of rugged vehicles,” he says. The organizers also emphasize the increased role the growing Detroit startup community will have in and around the show.

GEARING UP FOR CHANGE THIS SUMMER

Support from the automakers was essential. LaNeve has been involved with the show since its inception and supports the new approach. “I think it’s going to rejuvenate it. A lot of the technology is best demonstrated in the vehicle. You can show video of it, but to actually put a customer in a car that can drive itself is a whole different experience than putting it on a screen.”

He says there’s still plenty of excitement around seeing new vehicles, but the way attendees will experience them may change. “The magic of the auto show is that we have a visceral physical product. It’s not just software. It’s a work of art, and an engineering marvel,” he says. “To be able to see and feel dimension and proportion and the experience of the technology, and get to face-to-face with executives, designers, and software engineers.” 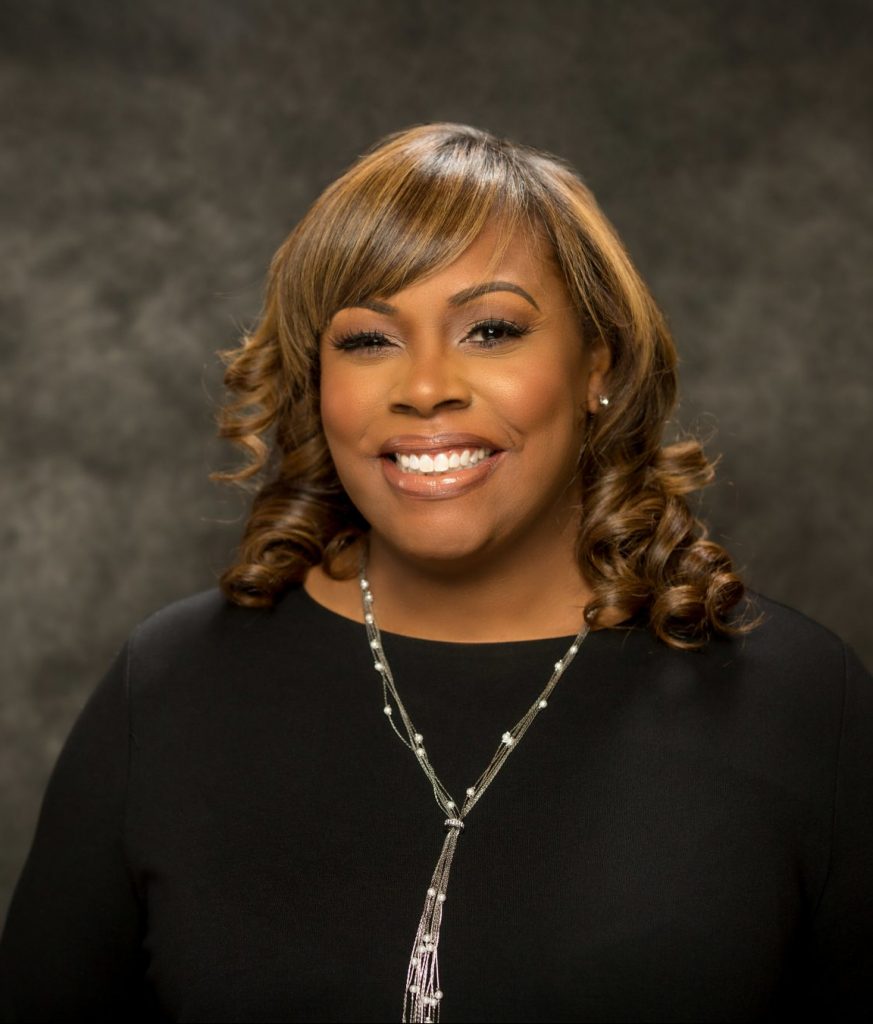 Ford has expanded its presence in the city as it builds out its tech hub in Corktown, just southwest of downtown, at the former Michigan Central Station. Its keen on showing off its progress for visitors, but also drawing in the local community.

“The city is going to be absolutely alive on a whole other level,” says Crystal Worthem, who oversees Ford’s auto show and global events. “It has to be an experience. When you’re competing for people’s attention, you’ve got to create that same experience for them in the context of cars and technology. Being a hometown brand, I’m really looking forward to bringing experiences to make Detroit proud.”

THE PERKS OF A DETROIT PLAYGROUND 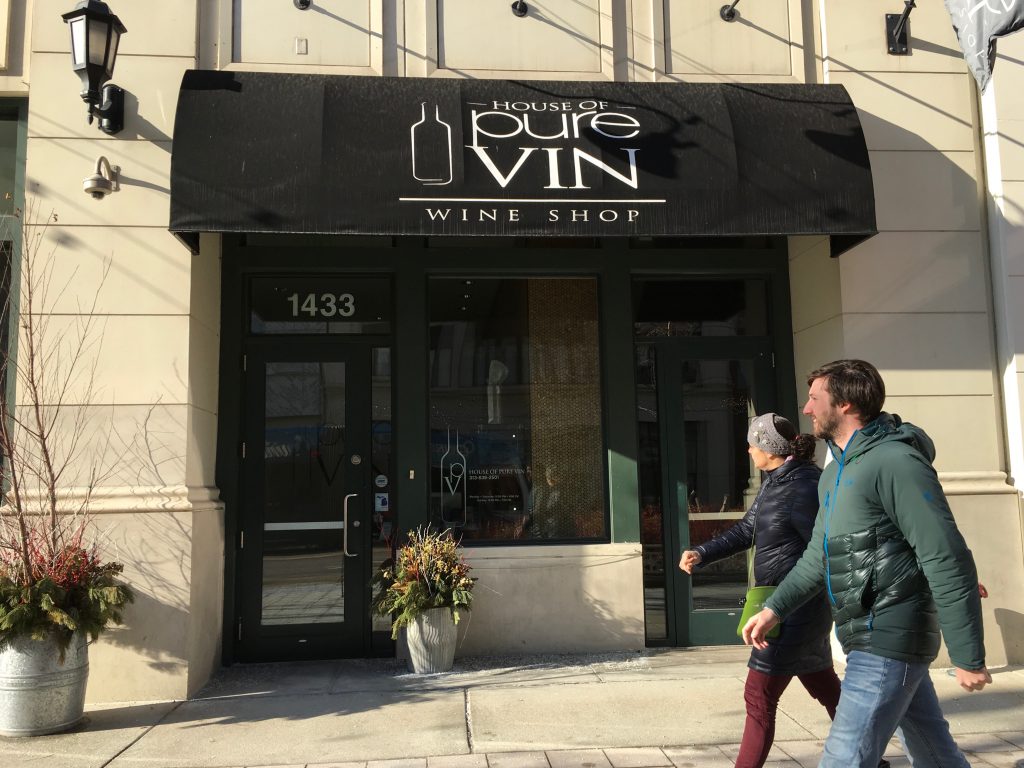 Local business owners are taking note of the potential for an uptick in business, with more foot traffic on longer summer evenings, and longer hours of daylight. “I think it’s a wonderful thing,” says Regina Gaines who owns House of Pure Vin, a wine shop and event space within walking distance of the TCF Center. “Michigan is one of the prettiest places you can be in the summertime,” she says.

“Here we’ve grown up appreciating the local brands. The Big Three have done a great job making consumers root for their local team. You work there, your relatives work there, you shop there.”

The word is spreading in metro Detroit beyond the auto industry as January is upon us and the absence of the auto show becomes apparent to the larger community. And locals are curious about what to expect and how the summer auto show will play out. 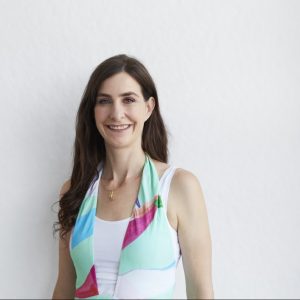