Transportation in Metro Detroit Changes Amid the Battle Against COVID-19

While DDOT has Canceled Service, SMART Will Be Providing Service Free of Charge, with Caveats 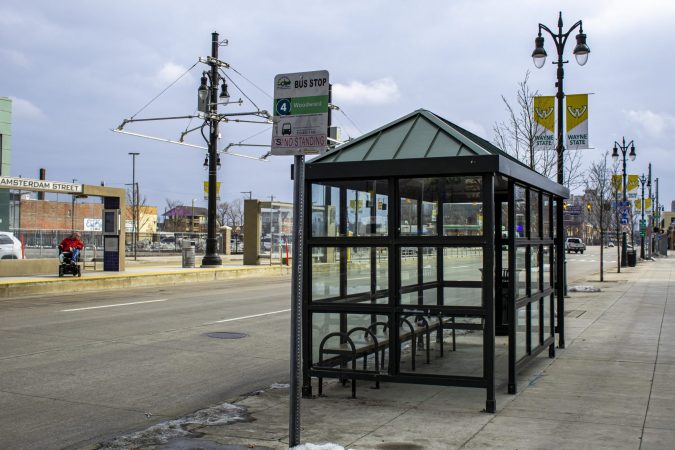 The past few weeks have turned the status-quo of everyday life on its head, and the different options for transportation in Metro Detroit are the latest public services to see changed day-to-day operations amid the ongoing Coronavirus pandemic. For riders in Detroit, bus services have been halted, while passengers in Macomb and Oakland County will see services SMART’s service continues with a no fare, but in reduced numbers.

Let’s talk about what’s going on, how long it may last, and where to check for ongoing changes to service.

ADVISORY: Due to a driver shortage this morning, fewer than 10% of DDOT buses are operating at this time. We are asking passengers to seek other forms of transportation while we work to address our drivers concerns. We apologize for the inconvenience. pic.twitter.com/xHJcoZZ9Sr

Detroit Department of Transportation announced Tuesday morning bus service in Detroit would be halted due to a “Driver Shortage,” dealing a significant blow to the flow of transportation in Metro Detroit. The cause for the shortage of drivers comes from the fact that as of Tuesday morning, many bus drivers refused to drive their routes over fears of spreading Coronavrisus.

As one driver shared, the large number of peoples on the bus violates the order put out from Michigan Gov. Gretchen Whitmer, which limits gatherings of 50 or more people. The CDC also advised that individuals avoid groups where more than ten people gather at a time, something that just simply isn’t feasible for a bus system in which a large segment of the population relies on.

“(The CDC) already said not more than 10 people in a setting. I carry 75 people at a time, on a bus yesterday standing up around me. No hand sanitizer, no gloves from the department,” said the bus driver, while quoted in a piece from ClickOnDetroit.

The driver’s concerns come amid fears that the busses are not being cleaned properly, and due to many businesses being closed, it has been harder for them to maintain a sanitary work environment by washing their hands. At the moment, it’s unclear how much of an impact these shutdowns will have, but it’s important to remember that although it helps to slow the spread of the disease, many Detroiters will be left without transportation, and may have trouble finding ways to make trips to the store for supplies needed to ride out the quarantine.

In a posting on their website, the City of Detroit stated, “Detroit Department of Transportation wishes to let passengers know that due to a driver shortage this morning, March 17, 2020, there will be no bus service. We are asking passengers to seek other forms of transportation while we work to address our drivers concerns. We apologize for the inconvenience.”

As of yet, there has been no word on when services would resume, and it’s essential to keep up to date on the status of transportation in Metro Detroit via the city’s website.

SMART TO OFFER FREE SERVICE WITH A REDUCTION IN LINES

As part of its plan to hopefully help with curbing the spread of COVID-19, SMART has announced some changes that deviate from the norm of transportation in Metro Detroit. In a release on their website, SMART announced that services would continue without a fare and that as time goes on and ridership declines, they would begin to operate fewer lines.

They also shared that SMART staff has been taking part in webinars with other organizations such as the American Public Transportation Association (APTA) to learn from transportation services that experienced similar situations. They also confirmed that busses are being cleaned nightly with “CDC recommended industrial-strength antibacterial products,” and that they are wiping and spraying high-touch areas throughout the bus and in/and around the driver seating area with disinfectant spray.

As the Coronavirus crisis further develops, it’s unclear if SMART will shutter services altogether in a similar move to DDOT. You can follow every update from SMART on their website, here.