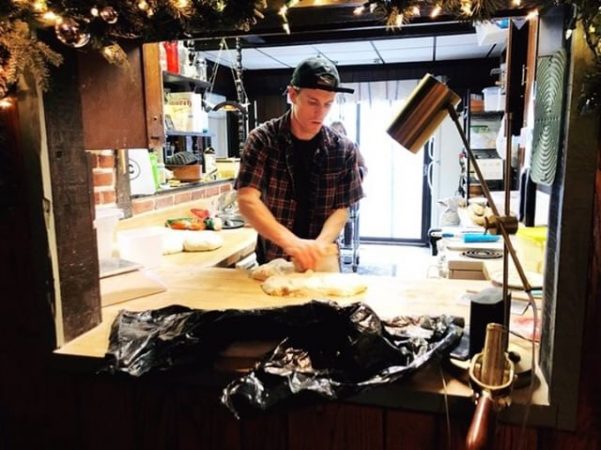 It doesn’t matter that Maxwell Leonard no longer runs a secret bakery out of his Hamtramck home. What matters is that he did, and that he is still baking in Detroit.

After years of travel, including culinary adventures in France, the wine country of the Western United States—and a failed try at office life in Chicago—Leonard returned home where he directed focus to a longstanding love affair with fermented foods. Specifically, to what is arguably the most forgotten fermented food: bread.

Leonard began baking in his home while working front of house at Detroit’s Chartreuse. The job provided flexibility, allowing him to spend time away studying his craft in Montreal and San Francisco.

When the folks at Astro Coffee approached him to collaborate on their upcoming venture, Ochre Bakery, he accepted. He planned to spend the next month’s experimenting and refining, selling at farmers markets and directly to friends.

A good plan—until construction of Ochre dragged on, as projects, tend to do. With the market season winding down, he needed another source of income. Jonathan Kung of Kung Foods suggested a secret boulangerie. A secret bakery! He was already baking and selling out of his home. Why not invite people over?

At first people looked at him skeptically when he explained that his bakery was in his home— so he flipped it with a new response: “I’m not running a bakery on Saturday from 10-3.” Most people understood the joke, including senior staff writer of Bon Appétit, Alex Breggs, who paid the not so secret bakery a visit.

And so, he baked. And invited people into his private cafe to shop and eat and converse.

Ochre Bakery is opening its doors and Leonard has closed his.

“I feel like I graduated bread school,” he shared. While he’s thankful for the experience and friends generated from his brief business, he’s also thankful to be moving on to industrial equipment. For nearly a year, he ran the venture solo, filling wholesale orders from a home oven. That meant baking two loaves at a time. Yes, two.

In a moment where Detroit seems to be striving for massive beer halls and flashy venues with assaulting neon lights, it’s nice to know that there’s still space and time for small seeds to sprout and grow. To borrow Leonard’s own phrase on why Detroit:

“Detroit had—and still has an openness to it. Unlike Chicago or wherever else where it’s so established that there’s no sunlight coming in. The trees have all grown. If you really want to grow, you need a lot of money.”

We sat down with Leonard to talk life and bread. 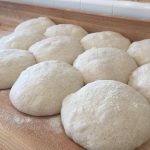 The Stages of Bread Making 1 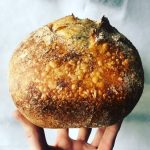 The Stages of Bread Making 2 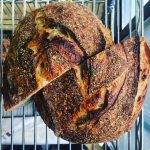 The Stages of Bread Making 3

CV Henriette: Your love affair with fermented foods—how and when did it start?

Maxwell Leonard: I would make spicy kosher dill pickles with my father each fall growing up, and still remember shoving large stalks of dill weed into jars alongside hot red chili peppers and whole cloves of garlic. A popping sound would echo through the house during the first couple days after jarring them, that was the jars releasing built-up carbon dioxide sitting upside down in a box in the basement. Fresh pickles have a particular smell and are slightly fizzy when eaten fresh. These sense memories have stayed with me; smells, sounds, sights of a living food. I’m still drawn to these activities and they fill me with an irrational sense of satisfaction. You might call it an addiction.

ML: If the bread industry were as well-developed as the beer industry, I’d probably have chosen to make something else. But so few people have decided to give this ancient food the time and respect it deserves, such that early on in my baking trials I began to recognize that the market was crucially under-served. The demand for good bread and the lack of supply ultimately kept me baking on a regular basis, and has led me to where I am today.

ML: Sourdough refers to bread that is leavened with natural yeasts and microbes as opposed to commercial, store-bought strains of baker’s yeast. Natural leaven uses wild or native microbes found in the air and on the raw flour, which when cultivated allow you to make bread with a more diverse array of tastes underlying the flavor of the bread. It also makes a less consistent product (no two batches are ever quite the same), and it requires a longer amount of time to make.

CVh: Talk to us about wild yeast.

ML: Any sort of wild fermented food — sauerkraut, kimchi, kvass, sourdough, etc — developed as a survival mechanism that allowed people to preserve the harvest without modern amenities like freezing, chemical food preservatives, or refrigeration. Have you ever wondered how people survived in the winter without the supermarket? Questions like this led me to research old food preservation techniques, of which there are countless types. The benefits of wild fermented foods like sourdough are that they pre-digest the nutrients in the food, making it easier to digest, they give the food a longer shelf life by creating an environment that naturally delays rotting (without chemicals), and they improve the food’s flavor, making it more complex and nuanced over time, though not perpetually. Eventually, even fermented foods will oxidize to the point of putrefying. 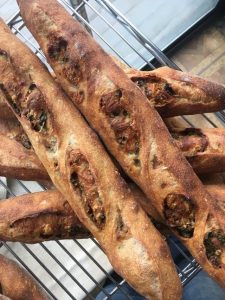 Not your ordinary baguettes

ML: I’ve been living and baking in a single-family home in Hamtramck for the past couple years with no A/C. Dealing with temps in the high 80s in high summer has given me a fair amount of sweat and stress, the heat speeding up the bread-making process so much that I’ve lost large batches of bread dough to over-proofing. When bread over-proofs it looks like it’s melted into a puddle of sludge. There have been some triumphs though, and they were delicious.

CVh: What’s playing in the kitchen?

ML: Bread-making, like many hands-on crafts, is nice in that it allows you a lot of solitary time to listen to podcasts and music while simultaneously getting work done. I’m a fan of keeping it fresh; recently I’ve had a thing for Ali Farka Touré, the Dessert Blues guitar legend from Mali.

CVh: How many time zones? Wisdom from abroad?

ML: Over the course of five or six years after finishing college I traveled quite a bit, trying on different hats and living a financially irresponsible but somehow sustainable lifestyle. I have no savings to speak of, but I can claim to have lived in seven different time zones and to have learned that there’s no reason to rush — the slow road always leads to the deeper wisdom in whatever it is you’re studying. 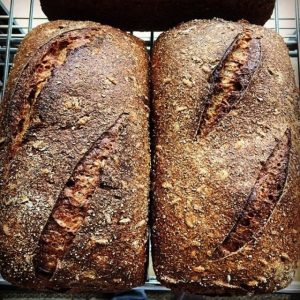 CVh: What has bread taught you about the world?

ML: Bread has directly influenced the spread of humanity through it’s religious and cultural ubiquity, and shows how similar we all really are. People everywhere make their own types of bread. I might switch the question, though, and say that the world has taught me a lot about bread, and continues to.

CVh: What has traveling the world taught you about Detroit?

ML: Detroit has a lot of specific charms, but mostly I like the sense of creativity and openness that pervades many of its streets and people.

CVh: What about Detroit? Why here? Why now?

CVh: Notes from a secret bakery?

ML: There was a four-month period recently where I didn’t run a secret bakery out of my house on Saturdays in Hamtramck. No one came over, I didn’t sell them fresh bread and brunch, nor did I meet some of the most interesting and kind bread lovers Detroit has to offer.

There is no secret bakery. It doesn’t exist. 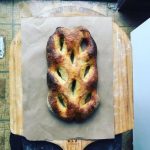 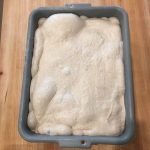 ML: Prefer not to say.