Because, Yes, Detroit, the Suburbs Matter 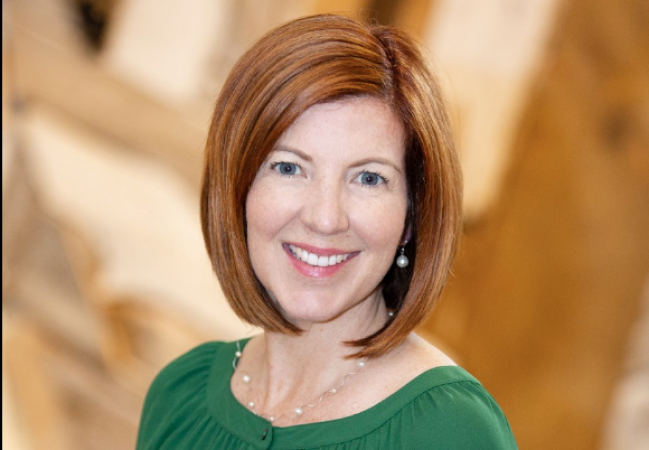 Melanie Piana is running for Mayor of Ferndale, but she started her career in urban planning and economic development.

It was a second career and something of a calling for Piana, who went into the automotive field after college. In 2001 Piana’s best friend left Detroit for Chicago because “she didn’t want to drive.” She later returned for graduate school, with a new set of ideas and a book, Suburban Nation by The Rise of Sprawl and the Decline of the American Dream by Andrés Duany.

“I read it and knew this is what I want to be doing. I applied at Wayne State and literally my life changed within a year. It was the best direction for me. I found my passion of building and supporting community.”

By 2003, Melanie was attending grad school at Wayne State for Urban Planning when she and her now husband decided to purchase a home. They imagined living in Detroit and looked at a few Detroit lofts, but even fourteen years ago market rates were steep for first time buyers.

Ultimately, they crossed Eight Mile. Being in a suburb offered what they were looking for from a neighborhood, at a price they could afford. “We picked Ferndale because it fit our lifestyle of a walkable and bikeable community, “says Piana. “We wanted to be close to Detroit as well.”

Ferndale’s growth paralleled Detroit’s auto boom of the early twentieth century, ultimately developing to house the workers of a growing industry. In 1927, the Village of Ferndale officially became the City of Ferndale. These days it’s known for its inclusive community, and its thriving retail and restaurant scene making it a destination for Detroiters and suburbanites alike. Think Rust Belt Market, Anti Hero, Red Hook Café, etc.

Despite the proximity of city and suburb, the distinction between the two can feel great at times, in character and geography. Ferndale is one of a few suburbs, separated from Detroit by Eight Mile, a road Piana refers to as “an eight-lane barrier separating neighborhoods.” Anyone who’s ever quoted car insurance between these two cities, where the stretch between a block can mean a noticeable chunk of change, knows that the divide is real.

But as the region changes, more and more people are routinely moving into and out of Detroit for work, housing and play. Which means the experience of city and suburb is becoming an everyday issue for more of us.

Including Piana who works in Detroit as the Chief Operating Officer of Jefferson East Inc., a placed-based neighborhood improvements services nonprofit that focuses on inclusive neighborhood development. EI represents five Detroit neighborhoods along 6.5 mile of the East Jefferson corridor.

She’s a former board member of the now defunct Michigan Suburbs Alliance, an organization she describes as “created to bridge the inner-ring suburbs and core city divide,”  and a former member of the Reginal Authority Transit (RTA) Citizen Advisory Committee. She is the current board President of the Michigan Municipal League.

“I am at the neighborhood level at my job in Detroit, I am representing the City of Ferndale, and I am representing city interests at the statewide level…having all those perspectives enhances my understanding of addressing challenges and taking action on opportunities and building connections.”

It’s a long and dedicated resume, reflecting years of working towards the health and function of a region, whose concerns are not isolated to any set of borders.

Take, for instance, the issues of housing and transpiration, which Piana sees as inextricably connected.

“It is well known that people walk well over three fourths a mile to get to transit. When you’re looking at these major transit corridors of Woodward or Gratiot or Michigan, we must ask ‘how are we providing housing for the future, so that people can live in affordable housing near transit?’

This is a very different dynamic than we’ve seen before in our region, as we advocate for better transit investment for the Metro Detroit area.”

Yes, when you’re talking about a bus that goes from Ferndale to Detroit, you realize we’re all in this together, and solutions to our city’s most pressing and universal challenges are often found through regional collaboration. Other times it’s as simple as seeing how your city neighbor’s doing things to pull a good idea.

Like Ferndale’s stance on sustainability. It’s an issue Piana’s been championing as a City Council member, specifically through her work with the Ferndale Environmental Sustainability Commission, where she worked with resident volunteers to ensure their ideas to address climate change and reduce the city’s impact on the environment were incorporated into city plans.

Wins include a solar carport planned for the police department, the hiring of a sustainability planner and the specific feeling of accomplishment that comes when citizens and leaders work together for the betterment of their community.

Whether you live in Ferndale or Detroit—or any city for that matter—Piana’s campaign has a message for you: “Local government is the frontline of democracy.”