Ten Goals and 43 Steps for Detroit Citizens, Organizations and Businesses 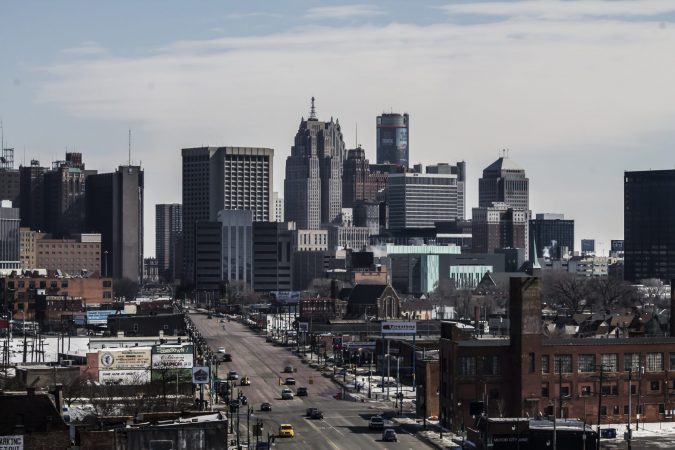 At the end of last month, the City of Detroit released their Sustainability Action Agenda; outlining 10 goals and the 43 concrete steps to achieving them. The goals and steps range among four categories that aim to improve public health, affordable and quality housing, neighborhood connectivity and diminishing the climate impact of the city.

Door-to-door interviewing, Town-Hall style organizing and surveys upon surveys brought a new drive toward developing a socially and environmentally responsible era for the City of Detroit. Although it’s still in the development stage, people do have something now to be excited about.

But within the complex network of ambitions, some aspects still beg some questions as old as the first calls of a Detroit Renaissance. They’re about a future of autonomy for longtime residents, who these benefits are meant for, and whether the most pressing challenges are being addressed.

On June 28, the Office of Sustainability released its 43 objectives for the coming years. The goals will be accomplished through the bolstering of existing programs, along with public and private dealing among various partners, community organizations and developers within the city.

The timelines for the goals span up to eight years from now. Most of the objectives, like a digital inclusion program and job training for Detroit residents, are intended to materialize within the next five years.

Per the principles set by the City of Detroit’s Sustainability Office, the city will focus on honoring and prioritizing people, stewarding the earth, establishing equity, establishing transparency, depending on data to inform decision-making and collaborating across the entire program.

Creation of the Action Agenda

The Agenda took about one year to complete. The decision on what to include in the Agenda and what to implement was informed by vast amounts of data collected from community meetings, town halls and online surveys.

Surveys were available in both English and Spanish and ambassadors from the Office reached out to communities that don’t have the infrastructure for in-home internet.

Many of the comments have to do with air quality, especially in District 6 of Detroit, where a bulk of the manufacturing happens, and near the I-96 Industrial Corridor, where the zoning laws favor industrial use of the land for the area.

The outcomes and objectives are designed to improve the quality of life for Detroiters. Improvements like extending bike lanes on busy roads and ensuring equal access to quality groceries are just some of the goals that a vast majority of Detroiters are looking for.

City-wide job training opportunities are also going to be strengthened in order to address the growing need for green jobs.

Other programs will depend on recommendations for certain industries before they materialize. A goal like developing the guidelines for commercial compost operations can put a city staple like Detroit Dirt under new regulations.

The objectives in the Agenda are working on business practices based on industry. So, while commercial composting will see new guidelines and pilot programs, Real Estate Developers already have a program set for developing their own practices to best fit their businesses.

Critics Response to Past Sustainability Efforts

Few cities have a complex history like Detroit’s. Leaders like Dan Gilbert have struggled to stay informed on some of the pressing issues that Detroit had throughout the years. And with that history comes a sense of suspicion over public-oriented programs.

Research conducted by University of Michigan’s Dorceta Taylor found that many long-time residents are still uneasy about the process of improvements. When it came to community tree-plantings, environmentalists found that many residents didn’t want trees planted around their property or in the neighborhoods, despite the myriad of health and community benefits.

It wasn’t until Taylor’s research that the real reason came out: nobody asked the neighbors if they wanted the trees in the first place.

Taylor found that neighbors saw environmentalists as imposing their definition of a sustainable city on them. Meaning that the community engagement factor is constantly needed for a healthy relationship between the city’s goals and the people’s support.

But there also needs to be a serious look at where the comments are coming from. Since Detroit’s downtown and the neighborhoods surrounding it have vastly different needs, even among each other, those needs must be individualized for the benefit of each neighborhood. Oftentimes at the expense of improvements to the city as a whole.

In Houston TX, improvements to the city’s entire public parks came at the expense of its neighborhoods. Especially when predominately African American or Latinx communities were considered in later research.

A large portion of the African American and Latinx populations needed better, safer facilities in their public parks. But because the city of Houston’s outreach for improvements didn’t engage with these communities enough, the improvements instead went to connecting all the parks of the city.

Engagement and access seemed to be a huge part of the process for the Detroit Sustainability Action Agenda. Some see the improvements as hitting the mark, but only a little later than any would’ve preferred.