Coronavirus 101: What is the Stafford Act? 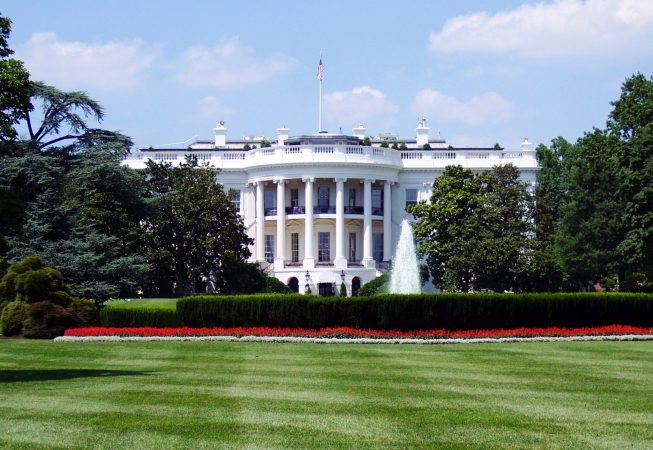 For those of us that are consuming Coronavirus information updates every 30 seconds, it’s hard to keep up, let alone what all of it means. To educate our readers, Detroitisit is taking a stance of informative and assisting posts to keep you better aware of what’s going on, and what steps can help make the COVID-19 invasion much smoother for everyone involved.

According to The Independent:

“The law, enacted in 1988, empowers the Federal Emergency Management Agency (FEMA) to assist state and local governments during “natural catastrophes” and coordinate the nation’s response.

FEMA, an agency within the U.S. Department of Homeland Security, controls more than $40 billion in federal funding set aside by Congress for disaster relief. FEMA could use that funding to help build medical facilities and transport patients, among other measures.”

While not recognizing the “Stafford Act,” most individuals, Millenials and older, will remember the word FEMA. Where does that ring a bell in the vaults of your brain? Louisiana during the aftermath of Hurricane Katrina. But it has been used for other disasters that were handled differently, like floods in the Midwest, wildfires in California, and even mosquito control efforts during the West Nile Virus.

TRUMP’S TAKE ON THE STAFFORD ACT

When referencing the Act, Donald Trump stated, “We have very strong emergency powers under the Stafford Act… I have it memorized, practically, as to the powers in that act. And if I need to do something, I’ll do it. I have the right to do a lot of things that people don’t even know about.”

While that may be comforting from some and fearsome for others, it’s noted that Trump is the only one that can enact the Stafford Act, as the power is reserved for the President of the United States only.

He also took to Twitter to express his opinion of the CDC and saying that former President Barack Obama is at fault for making changes.

For decades the @CDCgov looked at, and studied, its testing system, but did nothing about it. It would always be inadequate and slow for a large scale pandemic, but a pandemic would never happen, they hoped. President Obama made changes that only complicated things further…..

…. Their response to H1N1 Swine Flu was a full scale disaster, with thousands dying, and nothing meaningful done to fix the testing problem, until now. The changes have been made and testing will soon happen on a very large scale basis. All Red Tape has been cut, ready to go!

WHAT DOES THE ACT SAY?

There’s a lot to be studied with the Stafford Act, but the first section, dubbed Sec. 101. Congressional Findings and Declarations (42 U.S.C. 5121), shares as follows:

(a) The Congress hereby finds and declares that

(1) because disasters often cause loss of life, human suffering, loss of income, and property loss and damage; and

(2) because disasters often disrupt the normal functioning of governments and communities, and adversely affect individuals and families with great severity; special measures, designed to assist the efforts of the affected States in expediting the rendering of aid, assistance, and emergency services, and the reconstruction and rehabilitation of devastated areas, are necessary.

HOW IS THE STAFFORD ACT FUNDED AND WHAT DOES IT OFFER?

FEMA is the funding source when it comes to natural disasters, utilizing the Disaster Relief Fund (DRF), and there are quite a few channels as to how the fund is replenished. As of 2018, the budget put forth by FEMA and the Department of Homeland Security was $1.8 Billion.

Who’s involved in FEMA? The following organizations fused together:

Some of the services under the act include Individual Assistance, Hazard Mitigation, Public Assistance (for those who meet criteria), Mutual Aid Agreement Reimbursement, and Immunity and Liability Issues.

Pandemic Coverage, which is what we’re dealing with currently, is cited as follows:

“Direct federal assistance is available through Public Assistance grants for Stafford Act declarations related to pandemic influenza.7 Direct federal assistance in a pandemic can include, among other things, providing emergency medical care and temporary medical facilities; supplying food, water, medicine, and other supplies; and management control and reduction of immediate threats to public health and safety. Assistance provided by FEMA under the Stafford Act in response to a pandemic influenza declaration may not duplicate assistance provided or available under the authority of other federal agencies, including HHS.”

It is unclear at this point how exactly the Stafford Act would be used in this situation, but we’ll continue to monitor the news as more information arrises. For tips or how to tackle Coronavirus on the local level, click here.