Covid-19 and Lessons Learned From the Spanish Flu

As Bad as This is, Let’s Aim to Stay Calm. A Look at History Shows ‘We’ve Got This’ 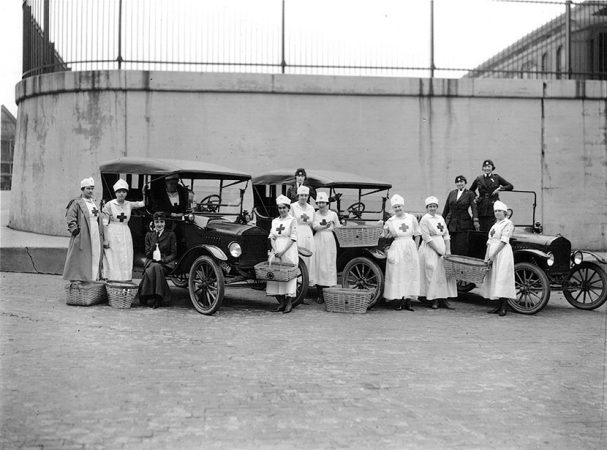 Over a century before coronavirus, sandwiched between two World Wars, humanity experienced arguably the worst flu to date—the Spanish Flu. Despite the name, no one suspects this flu originated in Spain—although that was maybe the hardest-hit country from a virus that claimed more casualties than the totality of WWI.

Too soon? We think not. Because there’s a message here, the world survived the Spanish flu, and it will survive more cases of flu. Not that it’s a comparison, but the Spanish Flu seems to have been far worse than this current Covid-19 situation—due to severity, casualty count, and available knowledge and resources.

What made the Spanish Flu unique was its ability to strike down the healthiest sector of the population, people in their twenties, aka those with hearty immune systems. Common knowledge at the time suggested the primary method of transmission was through soldiers, circling the world for the Great War or the War to End All Wars. As for the latter, haha.

Uncomfortable laughs aside, this was a time of significant cultural shifts. The fact that most of us can wash our hands is not something to take for granted. In 1918, clean, hot, running water wasn’t the norm. Currently, scientists are rushing to create a vaccine for Covid-19, whereas the Spanish Flu hit the scene before antibiotics and antivirals, or modern medicine.

What the early 20th century did offer was a myriad of other scary diseases with less than hopeful outcomes.  If you didn’t die of the Spanish Flu, you had to worry about getting tuberculosis, cholera, dysentery, lethal diarrhea, etc.

These were the days before Lysol, hand sanitizer, and paper towel. Keep in mind: the practice of regularly washing one’s hands was still a new trend, emerging from the late 19th century. Remember, not long before this, people threw their waste directly into the streets…

Handwashing made its appearance in the late 1800s, as bloodletting made its exit.  Farewell leeches, and hello to barbers who focused on style as opposed to “medicine.”

Bloodletting: the idea that one could get rid of the disease by cleaning their blood via letting it out of their body. Remember George Washington? He was the first president of the United States of America and died shortly after nearly four liters of blood removed from his body due to a throat infection. Yes, George Washington’s throat infection was treated by draining the blood from his body.

SO, BACK TO THE SPANISH FLU

In Detroit, following the rest of the world, public gatherings were halted, with dances prohibited and theatres, shut down. Without Costco and Amazon to hoard End Times rations like toilet paper and bottled water, what did people even do for survival? Where did people shop for groceries in 1918?

So many questions, but one thing is for certain: even in the days before three-colored traffic signals—a Detroit invention, thank you—our city officials had one solid piece of advice, stay calm.

In Detroit, the 1918 Spanish flu pandemic was managed by Health Commissioner James W Inches. His leadership during this time is documented in The Influenza Encyclopedia:

“A robust and adventurous man who hunted big game, Inches believed that panic only invited disaster by lowering the immune system to a disease that was otherwise generally mild. Inches, therefore, enjoined the press to cooperate ‘in a policy of keeping down public excitement’ by downplaying the alarming reports of the epidemic’s destruction coming from the East. He advised residents to remain calm, even if they started developing symptoms of influenza. ‘If you are otherwise in good health,’ he told the public, ‘the chances are 200 to 1 that you will get well and be alright again in a short time.’ Go to bed in a warm room, get proper rest, and keep the bowels open was Inches’ medical advice.”

To conclude, Mr. Inches had no idea what he was dealing with. And, yet, within a year, the Spanish Flu had passed.

Today we know that keeping calm, along with exercise and fresh air, are easy ways to keep a healthy immune system in top shape. We also know the whole bit about handwashing isn’t a placebo—it can actually save lives as proven by the late, great Hungarian doctor, Ignas Semmelweis. Google that.

This is a scary moment, but we have gotten through this once, and we will get through it again with clear minds, compassion, and modern innovations.