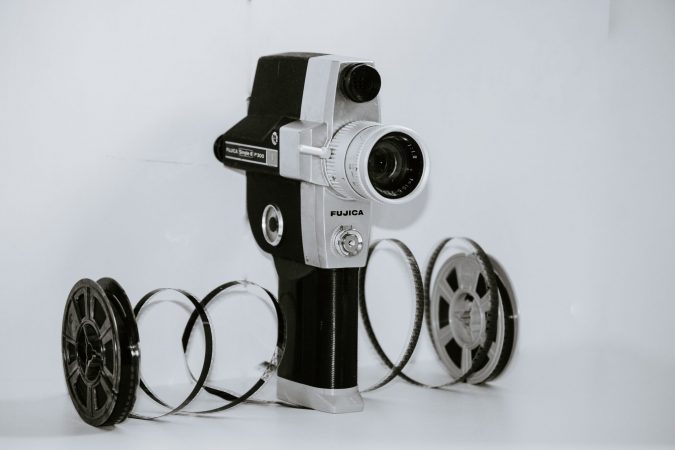 2020 is almost over – could it come soon enough? What better way to end the year than by doing what we have done best all year: staying at home, curled up on the couch watching endless amounts of TV shows and movies. That’s all anyone ever does during the week between Christmas and the New Year, right?

By now, you have exhausted your list of your favorite Christmas movies, binged Ozark, Tiger King and Game of Thrones and you are probably looking for a new list of movies to watch – don’t worry, Detroitisit has you covered with a list of movies based in Detroit!

While Detroit is no Hollywood, is it a beacon to film directors, and there are a handful of movies that have been filmed and take place in the Motor City. As we want to yell loud and proud the Detroit is one of the best cities, below is a list of Detroit baed movies, and their synopsis’, that take place in our beloved city. Add them to your list and check them all off as you lounge this week and into the new year.

Movie Synopsis: The people of Detroit know 8 Mile as the city limit, a border, a boundary. It is also a psychological dividing line that separates Jimmy Smith Jr. (Eminem) from where and who he wants to be. The movie 8 Mile is a provocative fictional examination of a critical week in Jimmy’s life and follows his attempt to launch a career in hip-hop.

The movie was filmed in Detroit and the song “Lose Yourself” which is well known from the movie, has won an Oscar and “8 Mile” shortly became the global slang for the racial divide that still exists today in Detroit. Click here to watch the trailer.

Movie Synopsis: Blue Collar takes a deep dive into Blue Collar America and the working-class. When Detroit autoworkers Zeke Brown (Richard Pryor), Jerry Bartowski (Harvey Keitel) and Smokey James (Yaphet Kotto) decide to rob their own union, they are initially disappointed by the relatively small haul. However, upon closer inspection, the three amateur thieves discover that they have made off with something potentially much more valuable than money: the union’s ledger, filled with bogus figures and links to organized crime.

The film takes place in Detroit and was partly filmed at Ford’s River Rouge plant in Detroit. Click here to watch the trailer.

Movie Synopsis: In the summer of 1967, rioting and civil unrest starts to tear apart the city of Detroit. Two days later, a report of gunshots prompts the Detroit Police Department, the Michigan State Police and the Michigan Army National Guard to search and seize an annex of the nearby Algiers Motel. Several policemen start to flout procedure by forcefully and viciously interrogating guests to get a confession. By the end of the night, three unarmed men are gunned down while several others are brutally beaten.

Although majority of the film was shot in Boston, the movie briefly filmed in Detroit during October of 2016. Click here to watch the trailer.

Movie Synopsis: The drama film released by DreamWorks Pictures is about Deena (Beyoncé Knowles), Effie (Jennifer Hudson) and Lorrell (Anika Noni Rose), who form a music trio called the Dreamettes. The trio is offered the chance of a lifetime, by ambitious manager Curtis Taylor Jr. (Jamie Foxx), t be backup singers for a national star (Eddie Murphy), after spotting them at a talent show. The group makes way into the spotlight and learns the harsh reality of what comes with fame. Click here to watch the trailer.

Movie Synopsis: This supernatural horror film follows a group of teenagers who visit a cabin in the middle of the woods. There they find an old book, the Necronomicon, which reawakens the dead when it is read aloud by the group of friends, releasing evil around them. The group must fight for their lives or become one of the evil dead. The main character Ash (played by Bruce Campbell) watches his friend become possessed, and must make a difficult decision before daybreak to save his own life in this.

If you’re looking for a movie series to watch, this is the first of Sam Raimi’s trilogy. Click here to watch the trailer.

Movie Synopsis: The story follows Walt Kowalski (Clint Eastwood) who is a recently widowed Korean War veteran that is mad at the world and separated from his family. To fill the void in his life, Kowalski engages himself in drinking beer and making home repairs, despising the many Asian, Latino and black families in his neighborhood. He becomes a reluctant hero when he stands up to the gangbangers who tried to force an Asian teen to steal Walt’s treasured car. An unlikely friendship develops between Walt and the teen, as he learns he has more in common with his neighbors than he thought.

Filming locations (all of which were in Metro Detroit) include: Highland Park, Centerline, Warren, Royal Oak and Grosse Pointe Park. Click here to watch the trailer.

Movie Synopsis: After Martin Blank (John Cusack) has trouble focusing on his work, resulting in a failed assignment, he returns to his hometown, for his 10-year high school reunion at Grosse Pointe High School. There he meets an old girlfriend (Minnie Driver), that he stood up for the prom. Martin’s secretary (Joan Cusack) sets up a hit for him while he is in town, but Martin starts to reconsider his life.

Although the movie was filmed in Southern California, it takes place in the suburbs of Detroit. Click here to watch the trailer.

Movie Synopsis: Jack Foley, played by George Clooney, is the most successful bank robber in the country. After breaking out of jail, he falls in love with Karen Sisco’s (Jennifer Lopez) and steals her heart. “She’s smart. She’s sexy, and unfortunately for Jack, she’s a Federal Marshal”. But, they’re willing to risk it all to find out if there’s more between them than just the law.

Filming locations include The Kronk Gym, Coach Insignia and the Renaissance Center. Click here to watch the trailer.

Movie Synopsis: In the “near-apocalyptic” city of Detroit, the evil corporation Omni Consumer Products wins a contract from the city government to privatize the police force. The company then leads street cop Alex Murphy (Peter Weller) into an armed confrontation with crime lord Boddicker (Kurtwood Smith) so they can use his body to support their untested RoboCop prototype. But when RoboCop learns of the company’s nefarious plans, he turns on his masters.

The film takes place in Detroit, but many of the urban settings were actually filmed in Dallas, Texas. Click here to watch the trailer.

Movie Synopsis: The night before his wedding, musician Eric Draven (Brandon Lee) and his fiancée are brutally murdered by members of a violent inner-city gang. On the anniversary of their death, Eric rises from the grave and assumes the gothic mantle of the Crow, a supernatural avenger. Tracking down the thugs responsible for the crimes and mercilessly murdering them, Eric eventually confronts head gangster Top Dollar (Michael Wincott) to complete his macabre mission. Click here to watch the trailer.

Not feeling a movie? If you’re looking for a Detroit-based TV show to watch and need a good laugh, look to Detroiters: that takes place (and was filmed) in Detroit, about two local ad men who make low budget commercials for local businesses in Detroit. The two best friends, much like the city of Detroit, aspire to achieve great things.