Collective Raises Money to Feed Nearly 100 Homeless Individuals by Paying Struggling Restaurants to Do What They Do Best: Feed People

Michigan restaurants have been hit extremely hard during COVID-19, and have lost more than $490 million in sales as a result. And while we as a society have been met with struggle, many are blind to the struggles of others, especially when it comes to the homeless community. 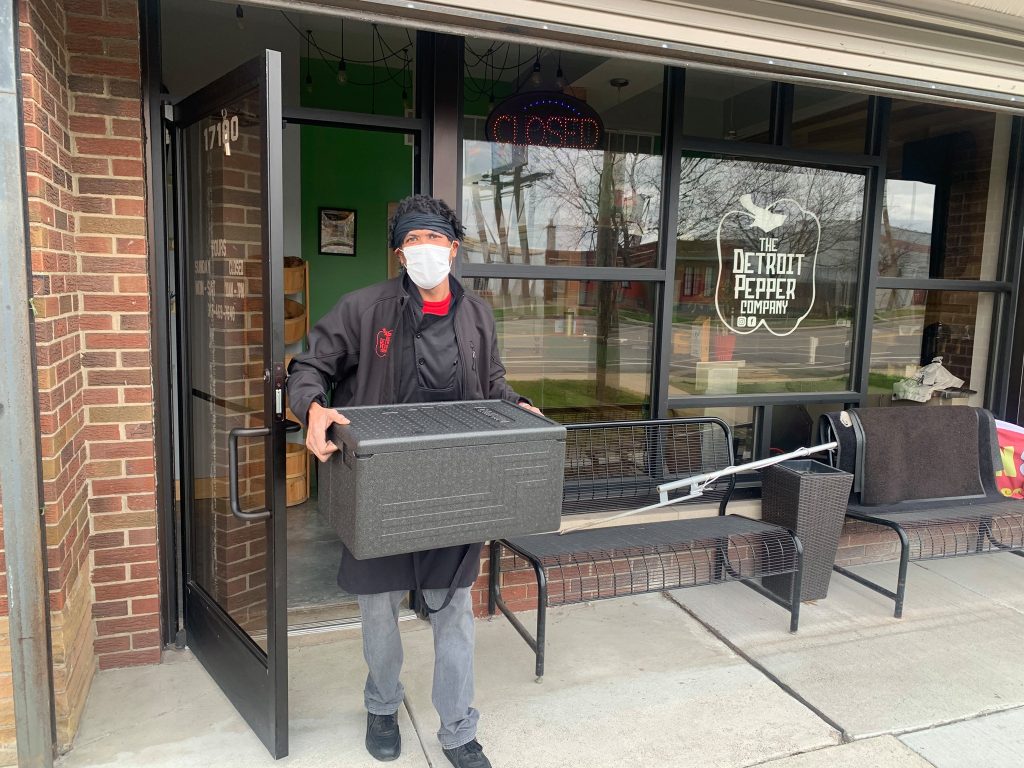 Neighborhood Service Organization (NSO), which you probably know or have seen driving through the city, is a shelter space for the homeless. As social distancing began, the NSO moved nearly 100 individuals to a different facility in the city, but in turn, moved them to a building with no operating kitchen.

In swoops ‘Power a Business & Feed the Homeless,’ which is a “community-driven campaign aimed at funding Detroit minority-owned restaurants to cater meals for those in need.” Crowdfunding through Patronicity, it took less than 10 days for the group to raise more than $33,000, which allotted them to pay 7 local restaurants to feed 100 homeless individuals for 5 days a week, at both the NSO and Alternatives for Girls.

The campaign founders include Melanie D’Evelyn, Godwin Ihentuge, Jeremy Lewis, Shelley Danner, and Sarah Craft, as well as Soulcial Scene, Neighborhood Service Organization, Alternatives for Girls and participating restaurants, and was tailored to fit the needs when met with the challenge.

“A couple of weeks ago, NSO put out a request in their newsletter for help with feeding their residents who had been transferred to a new facility without a kitchen. A desire to help– and especially to address the inequities that are being amplified by the crisis– sparked the five of us to get on a Zoom call to see how we could help,” said Shelley Danner, one of the founding collaborators of the project.

“The idea to power local minority-owned restaurants was born out of that call, and we quickly mobilized. Within a week’s time we had already raised $10K. Within two weeks we had raised over $35K. We are so grateful and inspired by the immediacy with which our community responded and realized we had “unlocked” the desire so many have to give back during this difficult time.” 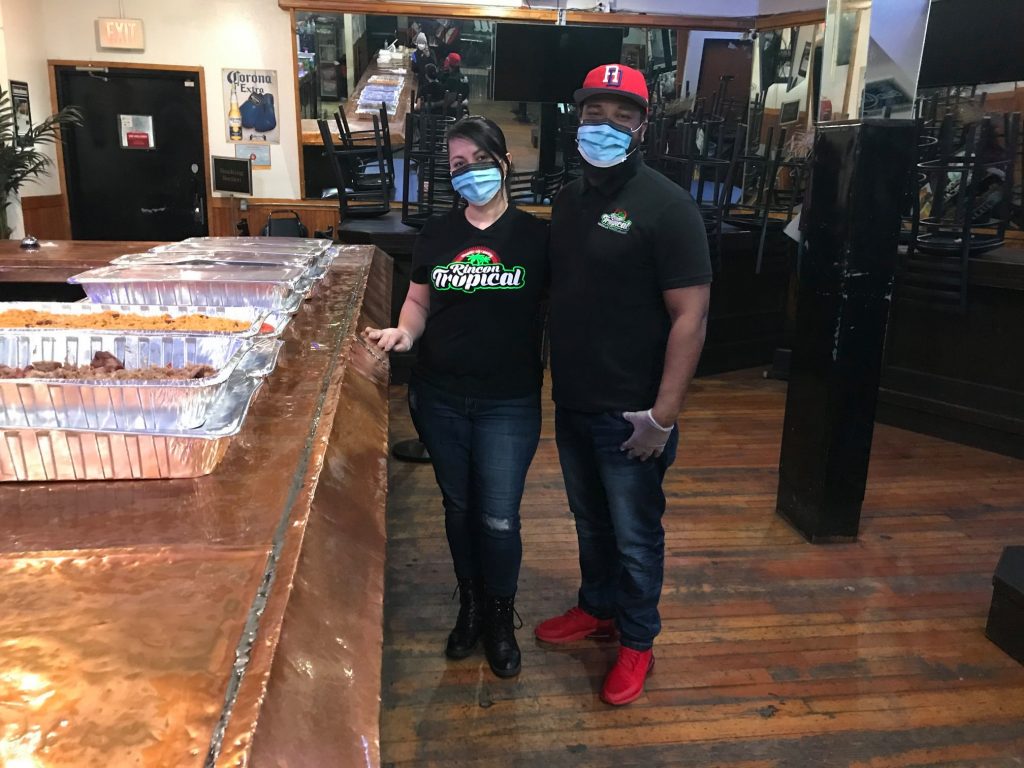 As the collective assembled groups to get involved, they created a solid roster of businesses that would not only want to help but also who could really use the funding for their struggling businesses. For six weeks, the following restaurants pledged to deliver meals to those in need: 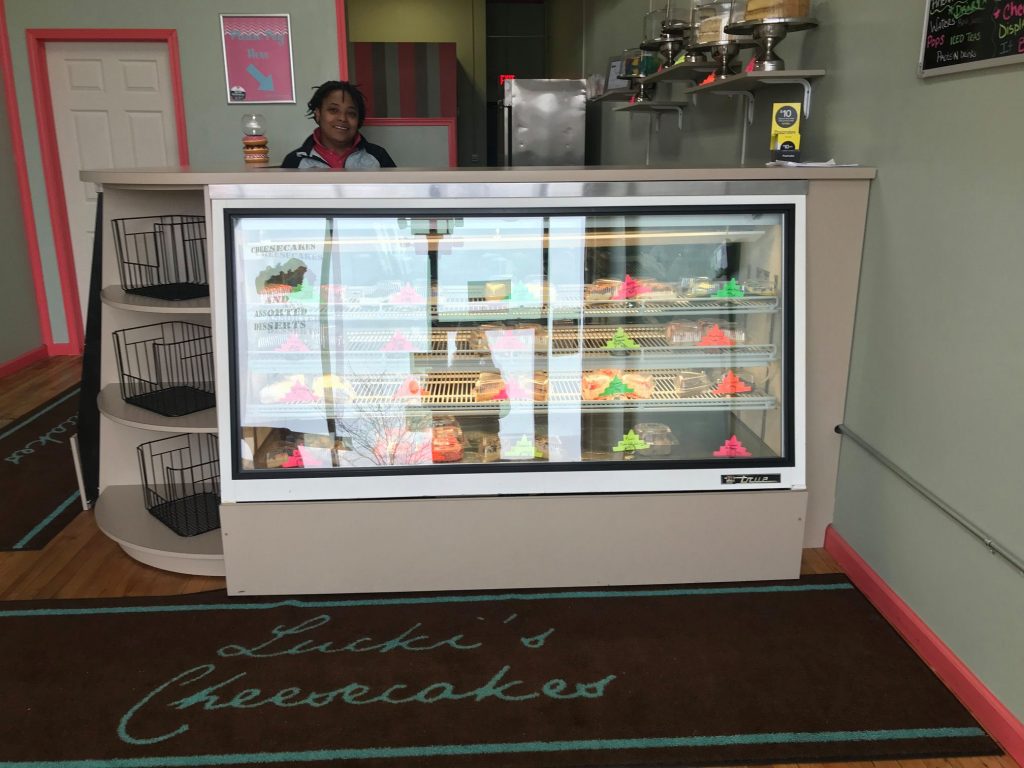 “We wanted to be able to help an at-risk group and monetarily help keep local Detroit businesses operating through COVID-19 all at the same time: This does both,” YumVillage Owner and Chef Godwin Ihentuge said. “Getting this kind of support from the community really shows me how much people care about local restaurants and Detroiters. People are ordering take-out, tipping, and contributing to efforts like this, all helping me and other local businesses keep our doors open.”

Talking with Jeremy Lewis, one of the campaign collaborators, brought us to the subject of who are the donors, and to some surprise but immense excitement, people from all over, and of all different colors, beliefs, orientations, and lifestyles have contributed to the campaign. Lewis shared how comforting it is to see people choosing to help their “neighbor.”

“There are a lot of efforts happening in the city to support those in need during this crisis but we wanted to prioritize black-and brown-owned businesses in Detroit neighborhoods to help make sure they’re still here when this is over,” campaign collaborator Jeremy Lewis said. “The community is really stepping up in a grassroots way to show their support – both to restaurants and those in the hardest situations.”

The team has recently partnered with Soulcial Scene, which is a “nonprofit dedicated to promoting black-owned businesses, to serve as the campaign’s nonprofit fiduciary.” Donations will be accepted until May 1 on either Soulcial Scene’s donation page or the crowdfunding platform Patroicity.

This initiative brings forward the good people are doing and who’s getting involved to keep their community afloat in this unprecedented situation.

“As we all know, the impact of COVID-19 in our city has been severe, and we care about and hope for the safety, health, and wellbeing of everyone in the community,” Danner said.