What Does Business During COVID-19 Look Like for Four Detroit Restaurants?

We Discovered the Critical Decisions They are Making at This Time 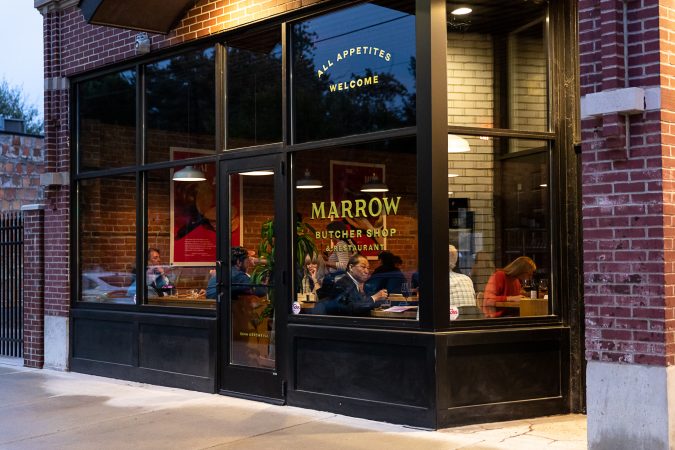 The consequences of COVID-19 on the Michigan restaurant and hospitality industry are dire. Although many restaurateurs who have shut their doors or taken other drastic measures to avert the crisis hope to one day return to normal, the industry may never be the same.

According to a recent survey from the Michigan Restaurant Industry and Lodging Association, the Michigan restaurant and bar businesses lost nearly half a billion dollars and 72,000 jobs in just the first 22 days of March.

62 percent of restaurants laid-off employees.  60 percent reduced hours of operation. 84 percent reported reduced sales. And more than 40 percent have closed completely, hoping to reopen after the crisis has passed.

The same industry group is even floating that one-third of all restaurants may close for good in Michigan, depending on how long the crisis lasts. That’s 6,000 restaurants gone, just in our state.

THE NATIONAL STATISTICS VS. DETROIT

Nationally, the National Restaurant Association says three percent of restaurants have already closed for good, never to reopen— that’s about 300,000 restaurants across the nation— and that number is likely to reach 11 percent by the end of the month.

That’s more than one in every ten restaurants closed forever, nationwide.

This is a staggering blow to an industry where margins are razor-thin and businesses are heavily leveraged. The trend in Detroit is no different.

But the crisis hits at a particularly inopportune time, as Detroit’s restaurant scene was exploding. Once this crisis is over, the gustatory landscape in Detroit may likely never look the same.

FROM THE LOCAL PERSPECTIVE 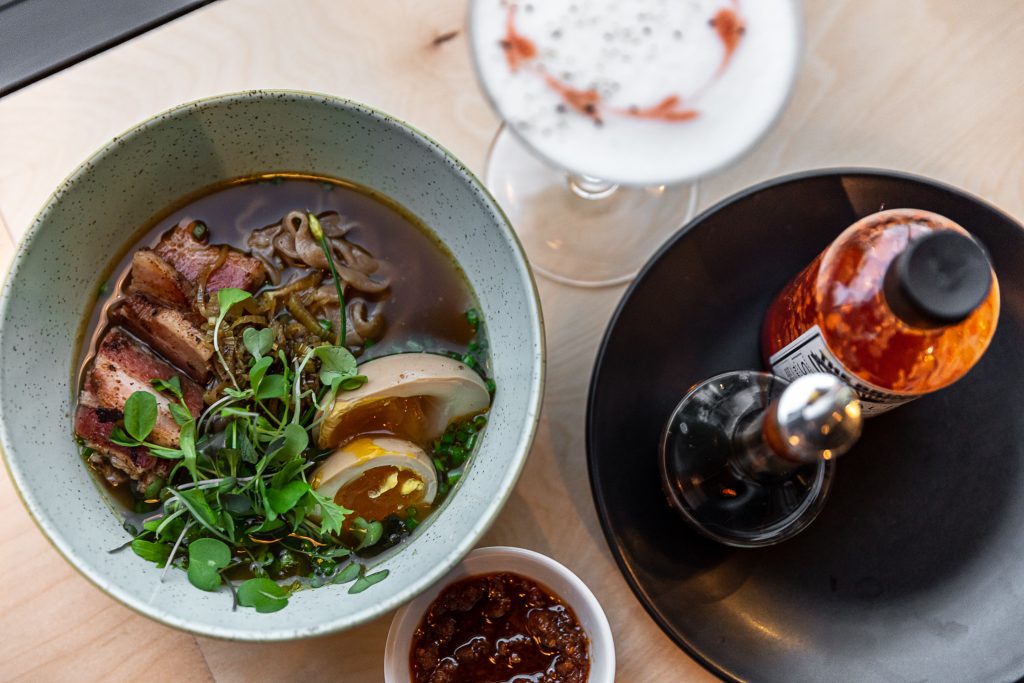 Detroit’s restaurant community has recently been described as a “foodies paradise,” “known around the world,” and a “restaurant boom.” Just a few years after the industry began to gain national attention for its creativity, cultural fusion and ultimately, it’s food, likely the greatest challenge to the industry since prohibition has darkened the horizons.

“This has been a crazy week for everyone,” said Ping Ho, co-owner at Marrow restaurant, one of Detroit’s most lauded new restaurants, opening in 2018. “I’m prepared for this to be a three to six months disruption. In varying degrees, we’re just at the beginning of it.”

She has managed to keep her core team by offering retail from their existing storefront, but has had to furlough other staff and says business has contracted “85 to 90 percent.”

“This is a temporary situation, but the question is, how long is the temporary situation going to last,” she said. “At some point, restaurants and bars will be allowed to open up, but it might be months before we can do so. For all intents and purposes, we consider this a temporary furlough, but it’s still a really tough time telling people they don’t have jobs.”

She said she has pledged to keep her furloughed staff on their health benefits for “as long as we can.”

Ho asks the $10,000 question. How long can the restaurant and bar industry hold out when people have been quarantined in their homes by our governments and a life-threatening sickness?

For restaurants with mortgages, ownership and staff to pay and keep on benefits, borrowed money for patios and equipment and stock… how long can restaurants stave off full closure on half measures?

The answer nobody knows. The only certainty in the industry is uncertainty at the moment.

MAKING DO WITH WHAT IS AVAILABLE 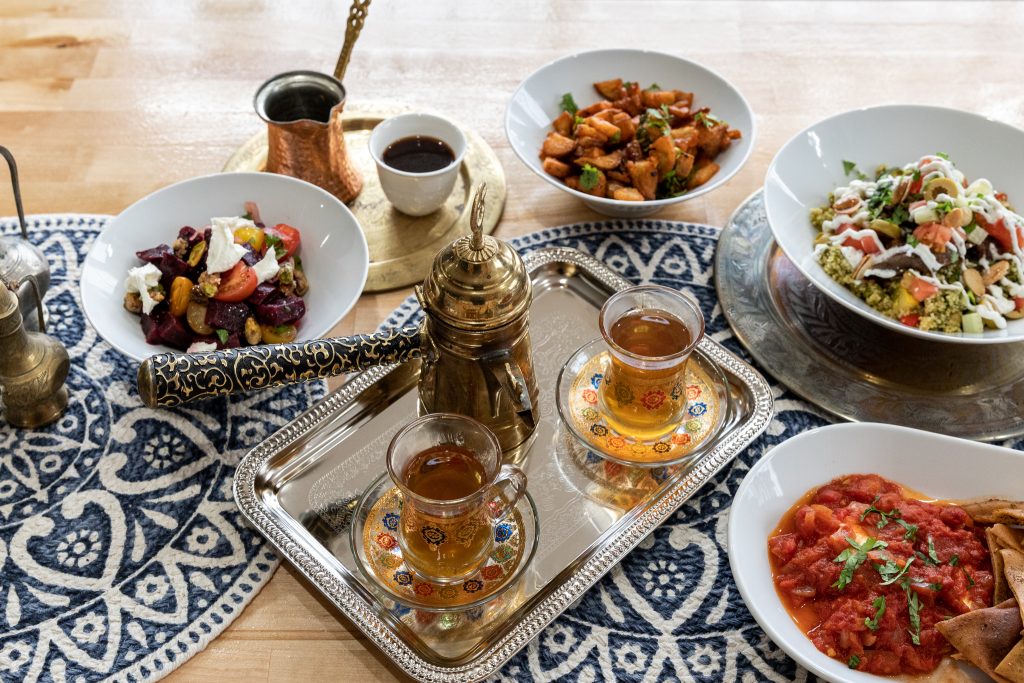 Some patterns have emerged, though, with varying results. The coronavirus has forced some restaurants to close up shop (for now), have gone to takeout only models (or have tried this and eventually shuttered), have set up crowdfunding for their employees (which won’t last forever) or have gone to boutique-style grocery (with heavily contracted business).

Crowdfunding campaigns for laid-off staff have been popular but come with mixed results. Some restaurants are asking for upwards of $10,000 in donations, but many are walking with one third or a quarter of what they are asking for, in part due to worries about a contracted economy, varying degrees of social media presence, and marketing savvy and budgets.

Many restaurateurs are not content to let their staff twist in the wind, though, and are attempting to take care of their workers in alternative, and frankly stunning ways. The James Beard Award-Nominated Saffron De Twah was forced to shut its doors, at least for now, but care for their staff was primary.

Owner and chef Omar Anani has not only been volunteering to cook for and bring much-needed emergency relief to people hurt by the crisis in the local restaurant industry (as well as fundraising and working on an additional plan to feed hospital workers). He provided his staff with their quarterly profit-sharing checks early, even after the restaurant closed. They amounted to about $1,000, nearly what the government is providing in one-time stimulus checks.

“First and foremost, I need my staff to be taken care of,” he said. “Who would have thought an extra 1,000 bucks [in bonus checks] could make a difference, and especially during these times it’s fricking huge.”

Nonetheless, he worried about the future of Saffron De Twah as Detroit currently knows it.

“Our restaurant will live on, but what form or shape will it take?” he said, cautioning, “We don’t really have a grasp of how long we’re going to be forced to close, so, while I say this is what we’re going to do now, I can’t really say in two weeks if that will be the same thing.”

Like others, Saffron has applied for emergency grants and is considering loans, part of the imperfect offerings from the state, city, and federal governments for restaurants during this unprecedented crisis. Not only will the length of the healthcare crisis itself shape the industry in years to come, but just as important is the true availability of funds from the government for an industry in dire need.

THE REALITY OF IT ALL 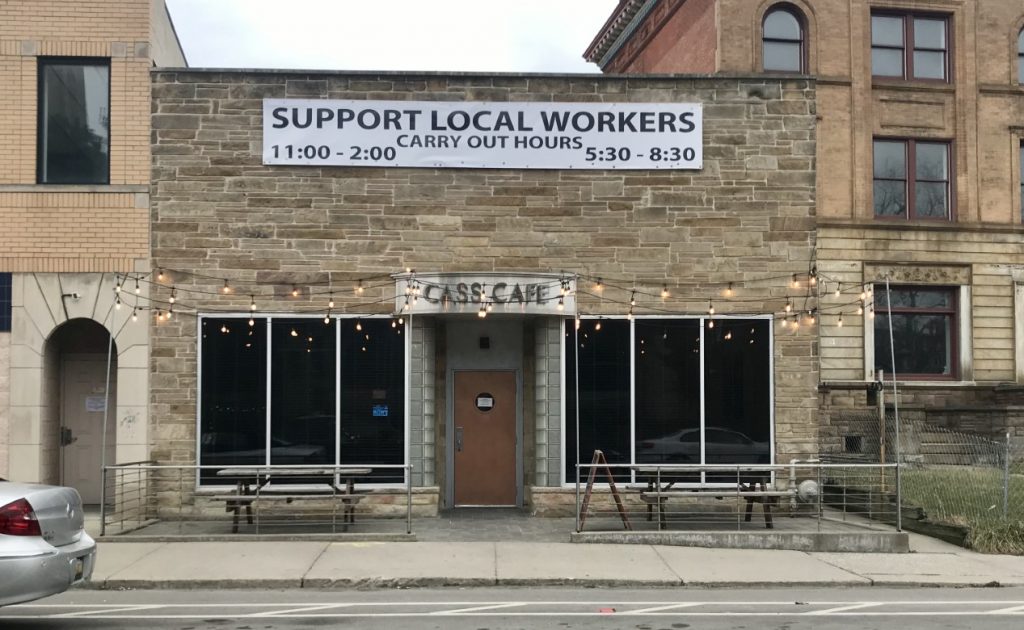 Scott Lowell, co-owner of Traffic Jam and Snug, a longtime fixture in the Cass Corridor, or what is now called Midtown, and chairman of the Detroit Restaurant lobbying Association, is calling for the government to make funds more readily available. He says money is obtainable, but there is red tape to get access to it, and people need help faster than it’s being delivered.

“Cutting down the bureaucracy, that would be what I would like to see happen,” he said. “The bureaucrats are the ones who have job security right now, and they need to realize the stresses that people are under…cut some of the God damn red tape, that’s what I would say.”

Whether or not adequate funds will be available is a real worry, and similarly unknown. Just around the corner at the Cass Cafe, owner Chuck Roy has applied for grants and loans as well, and is confident they will come through, but has also gone to a takeout only model. He has had to vastly contract hours to a few hours at lunch and a few in the evening.

However, he said very little stops Detroit, and the decades in the city have taught him some lessons: Detroiters will find a way. Although the times are incredibly dire, the Cass Cafe, and the industry, will make it one way or another.

“It’s been a challenge from day one. Fortunately, we’re not into it just for the money,” he said.

The Detroit arts hub has been in the neighborhood since 1993, and he isn’t giving up anytime soon. Although restaurateurs are small business people and must make money to survive, there’s more at stake as well: community.

“We’re a community space,” Roy said about the Cass Cafe, noting he has had a day-job for much of the life of the restaurant. “I’m compelled to do it.”

For all restaurants looking to share their hours, donation options, or order online options, please sign up at detroithelphub.com and we will do all we can to support and promote you. 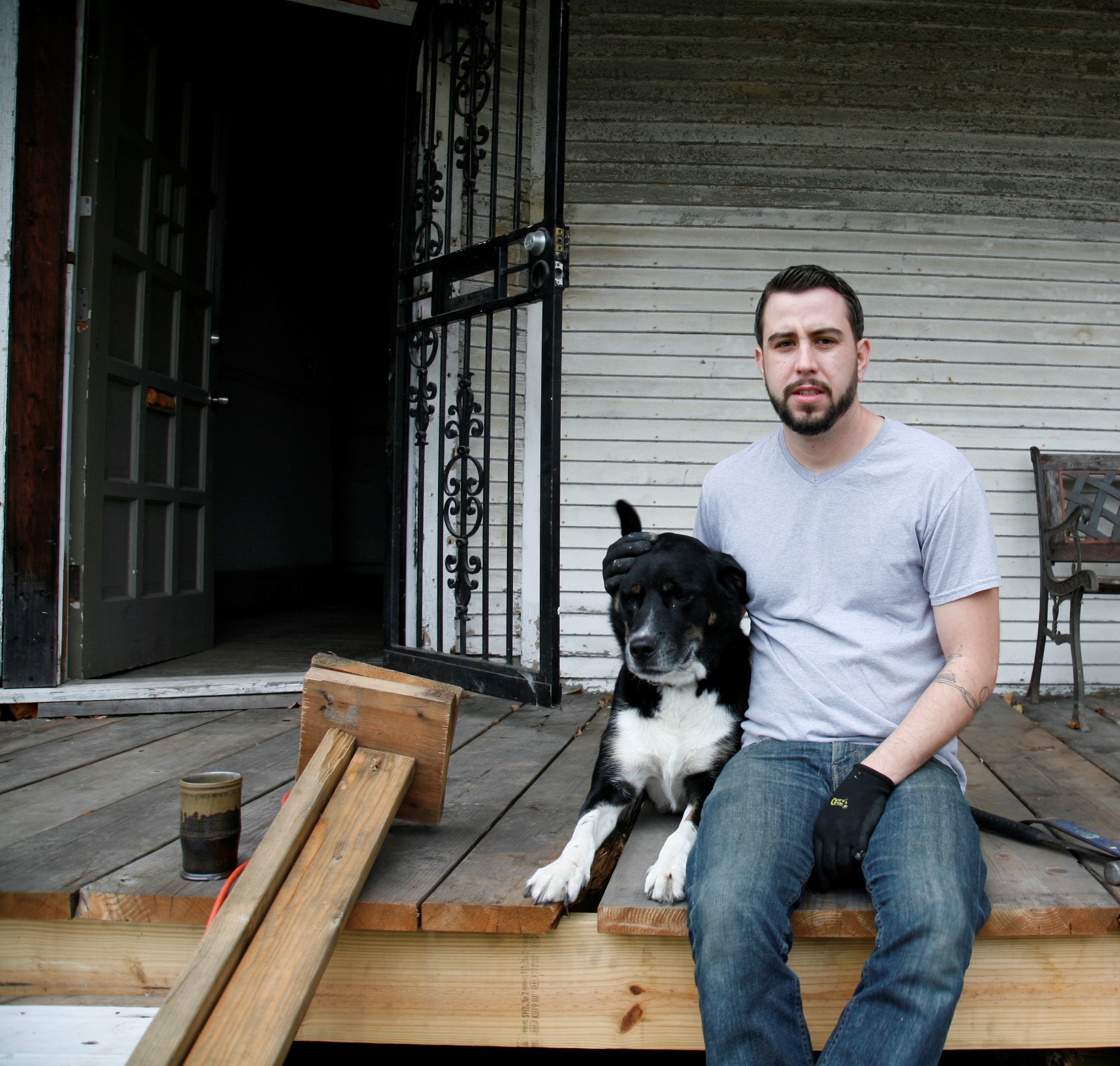 Drew Philp is an author, journalist, and screenwriter in Detroit. His work has appeared in the Guardian, TED, and Scribner as the author of the book A $500 House in Detroit: Rebuilding an Abandoned Home and American City.