As a Predominantly Black City, Detroit Will Now be Home to an Operating Historically Black College 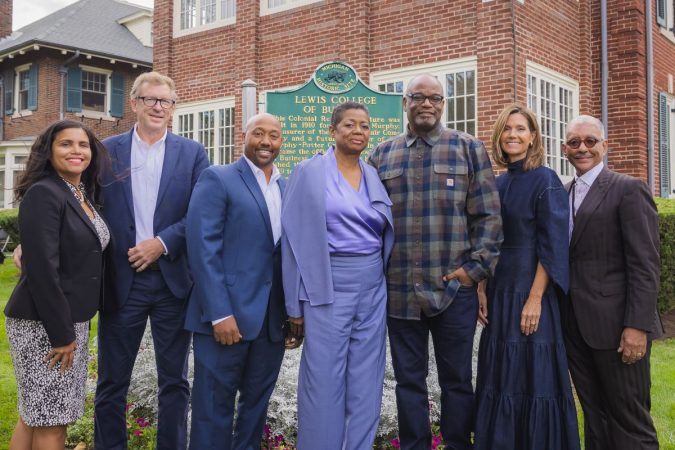 Currently, African Americans represent less than 5% of all design industry employees in the U.S. and less than 2% of graduates coming out of design schools nationally.

On May 2, the PENSOLE Lewis College of Business and Design will open as the only HBCU (Historically Black Colleges and Universities) in Michigan, and the first reinstated HBCU – ever – with an aim to change these statistics.

The vision encompasses not only offering design education/career paths for African American youth, but several other substantial edicts, including bringing a new and vibrant industry to Detroit, establishing the city as a destination for design education, unveiling the legacy of HBCU’s original founder, Violet T. Lewis, and setting a precedent for the nation to follow.

Uber successful footwear designer and founder of PENSOLE Design Academy in Portland, Oregon, Dr. D’Wayne Edwards wakes up every morning to go to work on these edicts, and he’s made it his personal mission to fulfill them.

This, among the Black Lives Matter movement and, conversely, ongoing threats and acts of violence against black colleges and universities make for quite a juxtaposition. 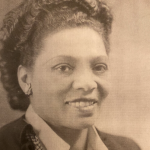 The story of how PENSOLE Lewis came to be in itself is fascinating. The impact the school is positioned to have on Detroit and the youth in the city is potentially even more remarkable.

Edwards began his career as the youngest footwear designer in the industry at age 19 because, as he puts it, his new boss saw something in D’Wayne that he did not see in himself. The concept of investing in other humans struck home and has stuck with Edwards since.

As he made his way through his career, he began seeing a glaring imbalance of corporations allocating billions of advertising dollars toward Black youth, yet spending not even a fraction of that to employ them.

Driven to rectify this, and by his desire to invest in others, Edwards created the PENSOLE Design Academy in 2010 implementing an inventive model in which corporations finance the students’ education, train them, and give them jobs.

Fast forward ten years, with over 500 PENSOLE educated designers now working in the industry, and then the murder of  George Floyd occurred and thus the Black Lives Matter movement.

We then started hearing more about companies pledging to support the Black community and many came to me to help identify and hire black designers but the pool was so small, this gap became much more visible.

Around that same time, a chance phone call with a good friend and past College for Creative Studies classmate Allen Largin spurred a conversation about the non-operating HBCU in Detroit, and that turned the page.

THE LEWIS COLLEGE OF BUSINESS 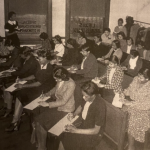 LEWIS COLLEGE OF BUSINESS IN THE 1940’S

The Lewis College of Business was originally founded in Indianapolis in 1928 by Violet T. Lewis as a secretarial school for Black women. After graduating from HBCU Wilberforce University in Ohio and starting her career as a bookkeeper, Lewis realized how few Black secretaries there were and the need for more. So she created a school where Black women could gain the same skills she had learned in college. In 1938, Lewis opened the Detroit campus, which would later become the sole campus after it outpaced the original one.

For more than seven decades the institution gave thousands of women the opportunity for career development and advancement.

Says Lewis’ namesake and Granddaughter Violet Ponders, “In the 40’s almost every African American employed at the big three or Michigan Bell and so many others came from the Lewis College of Business.”

It was shuttered in 2013 due to financial hardship and a steep decline in enrollment.

Upon learning of this, Edwards tracked down the Lewis family, aligned with them, and then created a very unique partnership with Detroit’s College for Creative Studies (CCS) to relocate and morph his PENSOLE Academy into the PENSOLE Lewis College of Business and Design and operate it in conjunction with CCS.

Ponders says, “My grandmother started the school with the purpose of creating opportunities for careers and changing the lives of families, and now this will be continued.”

The art and design community in and around CCS is thrilled to be part of PENSOLE and have PENSOLE be a part of us to ultimately bring more diversity into the design world.

“Forming a joint venture with CCS just makes so much sense,” says Edwards. This is an established and esteemed design school with few Black graduates, and I’m looking to re-establish an HBCU focused on design – it’s an obvious win/win.” He goes on to say, “We hope to create an example of this design school/HBCU partnership that can be followed nationwide.”

Edwards is funding much of the endeavor himself, along with supporters Target and the Gilbert Family Foundation.

“When I sat down with each of these potential partners they were both immediately onboard and it was ‘how can I help?’ We are now on this amazing journey together.”

The school will launch with Carhartt as its first corporate partner followed by a host of other brands including Nike, Adidas, Wolverine Worldwide, Versace, J. Crew, and more. 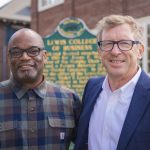 Edwards is relocating to Detroit next month and will teach at the school.

All of this comes at a remarkable point in the history of HBCUs. In recent years, attendance at these institutions has risen. But black universities and colleges have been the target of threats and violence over the years, and most recently in February of this year.

“It’s disappointing beyond measure to be having this conversation in 2022, but here we are,” says Edwards.

He goes on to say,

The standards are different for people of color. When we receive attention for our accomplishments and for trying to better ourselves, we become targets. I don’t think that will change in my lifetime and we need to understand that’s where we are, but it’s not going to stop our progress.

WHAT IT MEANS TO DETROIT

“As a predominantly Black city, Detroit should have an operating Historically Black College. Not having one has been a hole in our educational landscape for too long,” Mayor Mike Duggan said in a press release. “To have the first HBCU anywhere to reopen happen in Detroit is a tremendous demonstration of how our city is coming back as a city of opportunity for people of color.”

Tuski weighs in, saying “Detroit has always been a great art and design city, and this elevates that reputation and reality even further.”

To Edwards, it represents an opportunity to demystify the design industry as a career path for the Black community. “These kids and their parents are just not aware that this opportunity is out there. They buy their sneakers from the mall and don’t think about how they were made. Who designed them. But it can be a really lucrative career with a starting salary in the $70K range.” 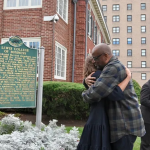 It also makes Detroit an education destination and a destination for big brands and new industries.

Looking to the not too distant future, Edwards says there are plans in the works to launch a footwear factory in the city.

When asked what he is most proud of when it comes to reinstating the college, Edwards says “Of course, it’s about helping young black folks first, but I’m also thrilled to be reviving Violet T. Lewis’ legacy. I don’t think she was ever properly celebrated for what she was able to accomplish.”

Ponders could not agree more, and in closing says “I know my Grandmother and my mother are happy now.”