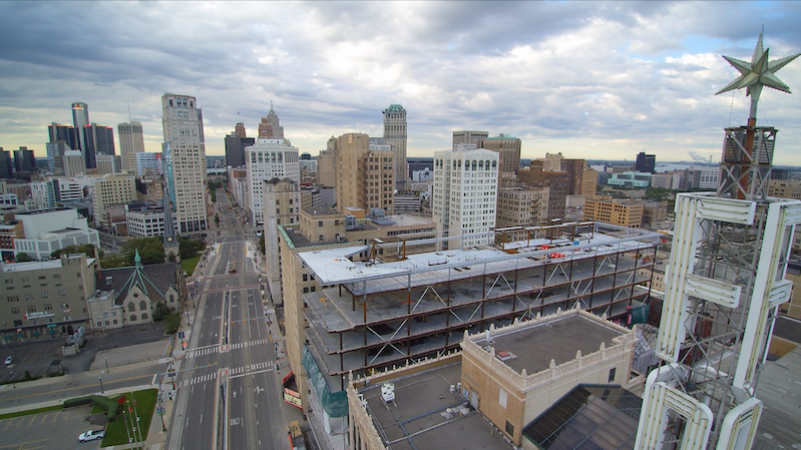 “The reason why we wanted to do this very important award ceremony is there are certain leaders in Detroit who have been turning a blind eye to the problem. But there are other leaders who have looked at the problem and said something must be done. And so today we want to recognize all of those leaders who refuse to turn a blind eye, who have been walking with the coalition hand in hand to do something about this radical injustice of illegal property tax assessments and the resulting tax foreclosures,” shared Professor Bernadette Atuahene, of Coalition for Property Tax Justice.

The issue around unjustified property tax assessments and foreclosures stems from the fact that the City is still overcharging on the lowest valued homes, despite Mayor Duggan’s attempts to fix over assessments in 2017. Congresswoman Tlaib was credited during the ceremony with uncovering much of the information about the unjustified assessments due to a Freedom of Information Act request she made while an attorney with Detroit’s Sugar Law Center prior to taking office.

Her FOIA request found that around 260,000 Detroiters received the notice either late or even past the deadline to appeal their foreclosure. According to Atuahene and others with the Coalition, such a move is a violation of the Michigan State Constitution, as well as the Detroit City Charter.

“I watch people, especially corporations, not get their water shut off like Pepsi and Coca Cola and others. I see folks that owe, large tax bills, I saw Joe Louis arena had a huge tax bill but didn’t get foreclosed,” shared Tliab while speaking to Professor Atuahene during the event. “But our residents, no fault of their own right, Professor, no fault of their own didn’t get their homes assessed as required by the Charter and the Constitution and did not get the notice of appeal for their assessment until after a deadline to be able to appeal.”

Also speaking during the event were State Senator Chang, as well as State Representative Johnson, who both affirmed that the fight for justice concerning tax foreclosures would be taken to and fought for at the State Level. At the local level, both Sheffield and Castañeda-López expressed support for a recently passed resolution that aims to urge the state tax commission to re-evaluate their mythology on how they are assessing residents.

“When I get calls from residents who say, ‘hey, I’m a little behind on my taxes, but I have proof I was over assessed.’ we have to figure out how we can help these individuals,” stated Sheffield. “We’re spending 200 and $50 million on blight removal, we can find some money to help people who are over assessed, and it’s going to take each and every one of us to have the courage to stand up to fight.”

Those who received the “Champion of the People” Award all had support based on three research-based solutions that promote property tax justice. The principals promoted by the Coalition include:

While property tax foreclosures have been halted amid the COVID-19 pandemic, they are slated to resume next year. In light of this, the organization is working diligently to ensure action is taken.

At the moment, they have filed a class-action lawsuit, which can be viewed here and the Livestream of the event can be viewed on the organization’s Facebook Page.