Detroit Sounds: Songs & Other Bits of Wisdom From the Writer and Chef 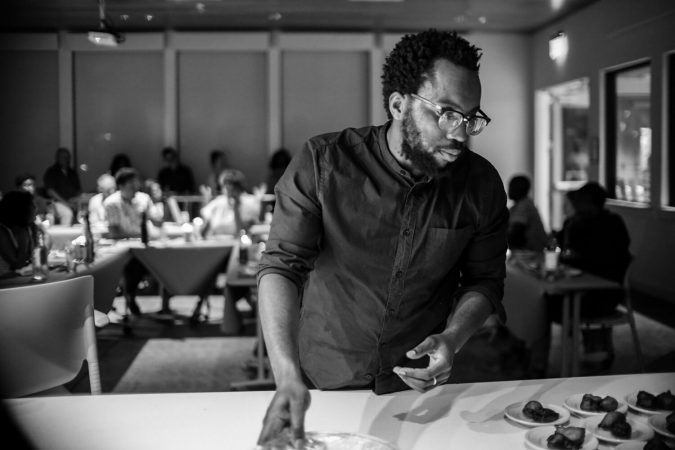 Tunde Wey. A week before he opened (revolver) he casually mentioned the project to me over tea: “I’m opening a restaurant later this month. Each week we’re featuring a new chef.” At the time, I don’t think either of us could name more than 10 chefs in Detroit. A few days later I get a call from my chef friend: “Tunde billed me as (revolver)’s first chef, and I can’t say no because my name’s already in the paper. Or can I?”

It turns out Tunde had also mentioned the project to Chef a few days prior and took his interest as confirmation. An excellent move in hindsight as the dinner was a beyond sold out success. Extra chairs were borrowed last minute. The reviews were glowing.

Tunde has that kind of foresight—and ambition.

Shortly after, he left the venture he co-founded to be a chef himself. Maybe not out of nowhere. But out of nowhere—like “Has he ever worked in a restaurant?” It wasn’t pretty. I attended an early dinner. There must have been 40 people, the food was two hours late, and Tunde was in the kitchen ALONE.

The thing about Tunde is literally nothing stops him. Failure, criticism, talent—Detroit. When he decides he wants to do something, he puts his head down and gets it done.

In this case, he moved to New Orleans to become a chef. And if publicity and popularity are any measure of success, he’s killing it. He’s cooking all over the country and, by the looks of it, has his own crew.

We sat down—him in New Orleans, me in Los Angeles—to talk. 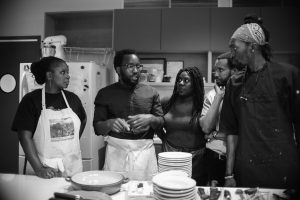 The Kitchen Team Line Up

CV Henriette: Why did you leave Detroit?

Tunde Wey: I left Detroit because I felt I had exhausted the City’s curiosity in me. I realized this because nobody was taking my ideas seriously enough to get them to the next level. It was also time to see other places. Strategically, Detroit didn’t have the necessary national networks to support my interests in cooking and publishing.

CVh: How have you maintained a connection while away?

TW: Yeah. I have friends who I keep in touch with, and, occasionally, I read local news. Dave Mancini and Cary Brainard are men I love dearly. Google them. They are warriors.

CVh: Do you think that NOLA provided the freedom and opportunity to become a chef in ways Detroit couldn’t?

TW: Oh of course. I was validated by New Orleans in a way that would have been prohibitively difficult in Detroit because I wasn’t burdened by the expectations of people who knew me, and thought they knew me. I could be whoever I said I was without being called a liar or pretender in this new and different context.

CVh: I hear you have a new project in Detroit. Can you talk about it?

TW: I always have a new project in Detroit. I’m always working on something in Detroit, but there isn’t a major announcement. I’m just planning dinners in Detroit as per usual.

CVh: Do you think you’ll ever move back?

TW: Absolutely! But I don’t think I could ever live anywhere exclusively year-round. Detroit is my home forever and until I die. However, those who know know: once you’ve tasted New Orleans you can’t but return for more bites. My heart is everywhere and anywhere good work sleeps. Anyway, the simple answer is yes. 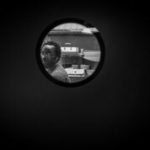 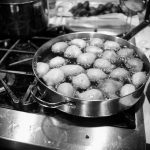 CVh: What’s the last album you’ve listened to in its entirety?
TW: Daytona by Pusha T.

CVh: How do you listen to music at home?
TW: Spotify on my phone and computer.

CVh: What’s the characteristic you like most in people?
TW: Folks who let me be me.

CVh: Dislike the most?
TW: Folks who don’t.

CVh: Artist You Most Wish You Saw Live, in their prime?
TW: I don’t go to shows much.

TW: Erm… You covered them all I guess.