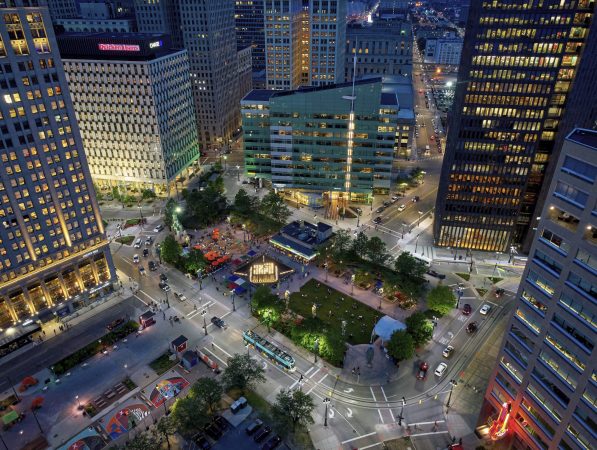 Detroit’s first-ever Motor City Car Crawl is debuting this weekend, promising fun for whole families as well as individuals of all ages. The four day weekend, produced by the Detroit Auto Dealers Association and the Downtown Detroit Partnership, will include games, competitions, and crafts for children of all ages, access to some of Detroit’s favorite food trucks and small businesses, live musical performances, as well as up-close contact with some of the most innovative new vehicles produced in the Detroit area. 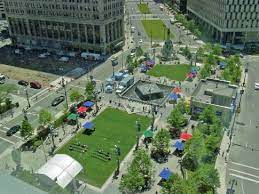 This vehicle showcasing event will be hosted throughout the downtown area, congregating at Detroit’s beautiful downtown parks including Campus Martius, Capitol Park, Grand Circus, Cadillac Square, Beacon Park, and Spirit Plaza. Each park will entertain the public with exhibitions of and about vehicles ranging from the Ford F-150 Hybrid to the Mustang Mach-E.

Food trucks such as Los Dos Amigos, Big Go’s Grill, Impastato, and Milk and Froth Ice Cream will be stationed throughout the downtown area, offering a delicious array of food of all kinds to event-goers. Downtown businesses will be participating as well by way of day and night markets in Cadillac Square, Beacon Park, and Spirit Plaza throughout the weekend. A few of the vendors include Scent Science, Astouri, and Bespoke by Feldman.

Events for children and families are spread throughout the entirety of the weekend, spanning from cornhole tournaments, fitness activities such as jumping rope and hula hooping, inflatable obstacle courses, putt-putt, crafting of model cars, and even immersive opportunities with a Detroit Police Department Truck, a Detroit Fire Department truck, and a Wayne County police vehicle. Along with all of these activities, a showing of “Cars 2” will take place in Campus Martius Park on Friday night and will include free popcorn and giveaways. 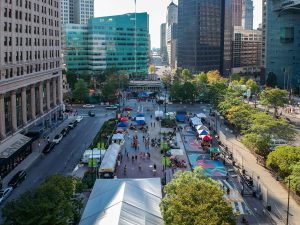 For those a bit older or without children, a free concert will also take place on Friday night featuring four-time Grammy-nominated R&B artist Lucky Daye. Opening acts will begin at 6:30 pm at Beacon Park. Other stages located throughout downtown will feature local musicians and even a silent disco which will feature multiple DJs each of which individuals can tune into via personal headphones.

Perhaps the most impacting event of the weekend will be the Motor City Car Crawl Gala set for Saturday evening. The Gala will include a delectable dinner served by Parc Detroit as well as live music, headlined by Sheryl Crow, the nine-time Grammy Award winner. Ticket sales will go towards helping local nonprofits including, but not limited to: Children’s Center, Judson Center, Boys Hope Girls Hope Detroit, and University of Michigan C.S. Mott Children’s Hospital.