Detroit Native and One of Time Magazine’s 100 Most Influential People of 2019, hampton Is the Latest Appointee To Join Mocad 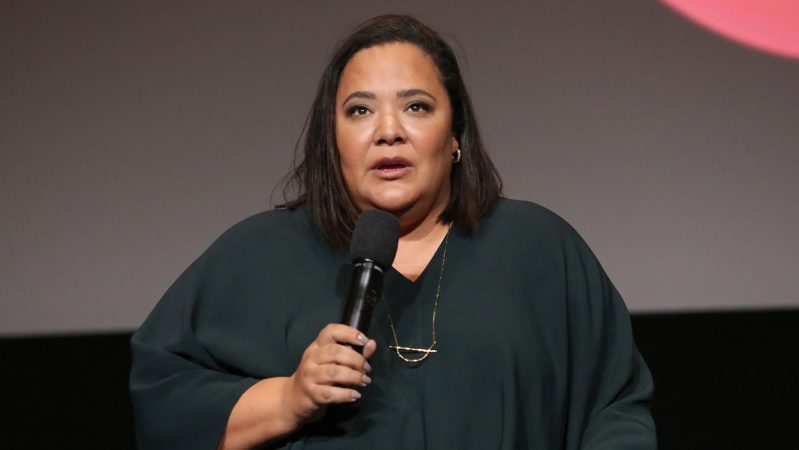 2020 was a time of change for the Museum of Contemporary Art Detroit [MOCAD], as the museum worked to heighten its commitment to social responsibility. The latest individual to join MOCAD’s board, Detroit native dream hampton, brings with her a career that spans film, politics, writing, and more.

Stlalyzing her name in all lowercase, some of her most prominent work includes producing Lifetime’s Emmy nominated documentary series “Surviving R. Kelly” — which earned her a Peabody Award while breaking rating — as well as receiving a nod as one of the 2019 TIME Magazines 100’s most influential people in the world.

Other work of Hampton’s also includes the Frameline feature documentary Treasure(2015), the HBO feature documentary; It’s A Hard Truth Ain’t It, (2019), and the BET docu-series Finding Justice (2019). Her films have featured individuals such as icons like Stacey Abrams, Muhammed Ali, and Christopher Wallace, otherwise known as The Notorious B.I.G.

“Museums have always been spaces that I’ve returned to for inspiration,” said hampton. “I’ve had really transcendent and emotional experiences in contemporary art spaces like MOCAD. The fact that I can be a part of a place that brings young people that similar experience, here in Detroit, is what truly excites me.”

“I am thrilled to welcome dream to our MOCAD board. Given dream’s creativity and intuition, I expect she will bring a fresh and important voice to our discussions and decision-making. As a native Detroiter, dream understands what it is like to be an artist in and from our city,” said Elyse Foltyn, MOCAD Board Chair.

hampton’s work also branches into social and political topics, with some of her focus being on gender and sexual abuse, the criminal justice system, the war on drugs, and justice for the transgender community. She also serves on the board of the advocacy group Color of Change — which produced NormalizingInjustice, a report on crime in TV police procedurals — and has written for publications such as Harper’s Bazaar, Essence, Vibe, and the Detroit News.

At a time when many museums are working to become more inclusive and socially conscious while focusing on better centering the community surrounding them, MOCAD’s appointment of hampton is perfect for the moment.

There are things I’m still learning, and I expect to continue to be inspired by the young people and artists leading many of the important conversations right now,” says hampton. Detroit is a working-class city, and the majority of artists here are working class. So I expect Detroit to leverage the conversations we’ve already begun to bring power to the community and the history we have to build on.

MOCAD is currently running exhibitions that include Leni Sinclar’s Motor City Unground and the Black Art Library by independent curator Asmaa Walton which run until April 18 and are a must-see. Dual Vision, an expansive, forty-person group exhibition that features work from artists living in or otherwise engaged with Detroit, is also being showcased until August 8.

For more info about future shows, MOCAD’s complete exhibition calendar may be found at mocadetroit.org.