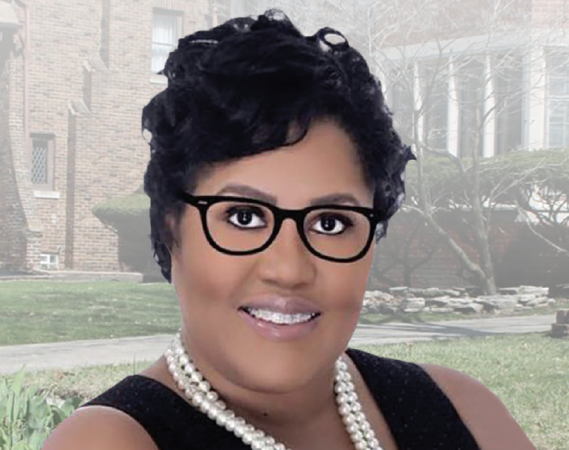 Candidate for Michigan’s 3rd state house district in Detroit, China Cochran, picked up an important endorsement from EMILY’S List this week. The district, which stretches from Detroit’s University District on Livernois to Gratiot and from McNichols to 8 Mile, will see a hotly contested race this August with multiple candidates.

“China is an outspoken advocate for young women. During her time working in local government and the nonprofit sector, she has fought for equity and encouraged young people to get involved in their communities. House District 3 deserves a compassionate and strong leader like China,” said Geri Prado, vice president of state and local campaigns at EMILY’s List, in a press release put out by the organization. “She will never stop working to ensure the voices of Black women are represented and heard in government. We are proud to endorse her campaign.”

“I am honored and humbled to have EMILY’s List on our team in the fight for opportunity for all in our community,” added China Cochran in the same press release. “As the next Representative for Michigan’s 3rd District, I will be a strong voice for women and families as we fight for access to quality, affordable health care, funding for our neighborhood public schools and teachers, and safe neighborhoods in which everyone can thrive.”

China Cochran’s progressive record has seen her involved with organizations such as Planned Parenthood, Mothering Justice, and the Detroit Branch of the NAACP. She also served on the Women’s Committee of The Charles H. Wright Museum of African American History and has been recognized as an emerging leader by the Congressional Black Caucus Foundation and the National Women’s Political Caucus.

Cochran has also spent years working in local government and the nonprofit sector, and has worked to organize healthcare workers with the SEIU, lead Community Relations for Detroit City Council and serves as the Managing Editor for the local youth journalism program, “Our Life in the D.” She has also raised over $2 million in grants from various foundations, including The Kresge Foundation, Knight Foundation, The Skillman Foundation, and The McGregor Fund for the local Detroit community.

Some of her main policy beliefs include expanding access to “quality, affordable health care,” securing more funding for Detroit’s neighborhood public schools and teachers, as well as working to make the Detroit Community safer.