Detroit Built the Automotive Industry, But Can It Build a Fashion Industry?

Is Detroit the Next New York, Paris or Milan of Fashion? What Will it Take to Develop the Talent and Ecosystem Toward a Socially and Economically Sustainable Fashion Industry 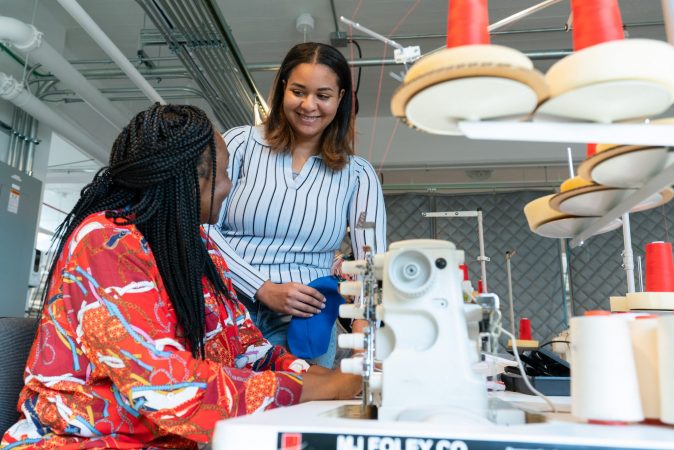 Can a city that’s known for building cars, one day in the not too distant future become known as the “silicon valley” of apparel manufacturing? Bottega Veneta recently put on its Summer 2022 collection direct from Milan to the Motor City. Is a Detroit fashion’s next destination?

Some believe so, thus we have decided to take a deeper look into the realistic opportunities, roadblocks, implications, and the future of Detroit fashion through an upcoming series of articles focused on the possibility.

We begin here with the how and the why.

When we think “industry” in Detroit – we think cars. For better or worse, through innovation and growth, decline and crisis followed by regrowth, there’s deep and rich history in this space.

After weathering the automotive industry crisis and the Great Recession, the rebound of the auto industry over the last ten years has been driving new demand for engineering talent in Michigan, and now the state is the number one employer of industrial engineers, employing nearly twice as many mechanical engineers than any other state.

Meanwhile, Detroit has also expanded into the tech and finance industries with big corporations like Google and Microsoft, alongside Quicken, taking up residence and calling to white collar professionals. Simultaneously, tech innovation in autonomy and mobility is significantly framing the future of the auto industry in Detroit. A case in point is Ford Motor Company’s purchase and renovation of Michigan Central with the aim of developing a mega design and technology mecca in Corktown, steps from the downtown.

“What Rouge was to Ford in the industrial age, Corktown can be for Ford in the information age,” former Ford President and CEO Jim Hackett said in a released statement. “It will be the proving ground where Ford and our partner’s design and test the services and solutions for the way people are going to live and get around tomorrow.”

Albeit fashion is not top of mind as we think about industry in Detroit, when you peel back the layers, it’s really not all that outlandish to think that the technology utilized in building cars can transfer to manufacturing apparel. In fact, it becomes rather obvious.

Manufacturing is part of our DNA in Detroit, says Bailey Zurawski, VP of Operations at Shinola. People here want to make things – we grew up with parents and grandparents doing so. Every person in our building here at Shinola has some connection to the automotive industry and a pride in making great things that last.

There seems to be a movement underway, a new fashion ecosystem being developed that starts with technology and manufacturing – areas in which Detroit shines. 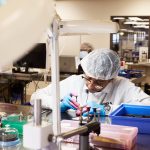 Says Aki Choklat, Fashion Design Chair at College for Creative Studies, “The very unique thing about Detroit is, whatever manufacturing is needed regardless of industry, there is someone who knows how to make it within a 20 mile radius of the College. So many things go into a car that translate to other industries. One simple example is rubber … which translates directly to shoe outsoles.  The list goes on. We have the infrastructure and the talent – it’s just a question of tapping into it for other things.”

The expertise we have in supply chain management, digital transformation, automation, technology, is knowledge we can call upon to review, assess, critique, and validate to create new processes for an apparel industry here.

BEYOND AUTOMOTIVE – WHY DETROIT?

There is a convergence of existing and emerging cultural dynamics that uniquely position Detroit as – quite possibly – the future epicenter of a new kind of fashion industry in the U.S.

AN EYE FOR DESIGN 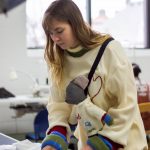 Detroit’s globally unique stock of architectural monuments and historic places exemplify a history rich in design. The city has long been a creative hotspot, with legendary product designers and architects such as 20th-century icons Eames, Knoll, Saarinen, and Yamasaki.

In 2015, Detroit earned the distinction of becoming the first and only city in the United States to be designated as a UNESCO City of Design, joining a network of 31 design cities and 180 cities in the worldwide network that are focused on leveraging creativity as an engine for sustainable and equitable development.

Detroit has always been a symbol of, and for American culture, particularly in music, with the city giving rise to the genres of Motown and techno, and playing an important role in the development of jazz, hip hop, rock, and punk.

1991 brought on a unique to Detroit cultural phenomenon that began among hair salons which evolved into the Detroit Hair Wars. Trendsetting salons in the city ushered in this trend that still exists today.

In the 60s Detroit was certainly a shopping destination, with Woodward Avenue being home to iconic brands such as Hudson’s, Crowleys, Kresge’s, and more and the Avenue of Fashion on Livernois, touting huge retail names such as B. Siegel, Billy’s Clothing Store, Mamzell’s Custom Hats, Hudson’s, Sibley’s Shoes, and Jacobson’s.

During the 1950s, Northland Center, located in Southfield, MI, less than 30 minutes from downtown was the world’s largest shopping center, and first regional shopping center, when it opened on March 22, 1954. Albeit, for many, its construction heralded the beginning of the end for downtown Detroit’s shopping district and the beginning of suburban shopping malls, this was yet another marker in the relevance of Detroit’s place with retail.

During the 80s and 90s, many of these retailers suffered and closed their doors due to population and financial losses that accompanied the recession.

Over the past handful of years, some have rebuilt in significant ways.

Today on Woodward Ave independent retailers such as Detroit is the New Black, and House of Pure Vin amongst recently opened big box stores such as Nike, H&M, and Under Armour. In 2019 the Avenue of Fashion on Livernois, located between 7, and the famed 8 mile, underwent a massive street renovation project and is beginning to thrive again, anchored by African-American owned small businesses.

DETERMINATION TO BUILD AND DEVELOP

One simply needs to look around to read this message. “Detroit Hustles Harder,” “Nothing Stops Detroit,” and the more die-hard empowered mission statement that is “Detroit vs. Everybody” are taglines written on the city’s fashion branded T’s and hoodies. The city’s murals scream it. The people exemplify it. Detroit is a community that builds and rebuilds.

Coming to Detroit from such a different culture in London I was blown away , said Choklat. There is a sense of opportunity, fantastic design and architecture, and it feels unspoiled, energetic and new. In Europe everything is done – manicured, perfect. I drive down Woodward and see something new every day. It’s a constant state of new development – and that breeds more development.

Kelsey Tucker, Co-Founder of DEVIATE weighs in, saying that the “Midwest energy and Detroit pride is palpable – you can feel it. And it’s our superpower.”

“There is a cool factor here that cannot be denied,” says Choklat. “The Carhartt ‘Detroit working man’s brand is all over Europe.”

He points to one story that says it all… “I was recently in New York taking public transportation and there was a woman who kept looking at me. She finally approached me and said, “I noticed your bag is from Detroit, do you live there?’ I replied yes, and she just kind of stared and said, “that must be so cool.”

ONE THING IS CLEAR, DETROIT WILL NOT BUILD A “TRADITIONAL” FASHION INDUSTRY

Detroit seems to do things differently. Those involved in building this fashion foundation share a mutual goal toward developing an inclusive, equitable, and socially sustainable fashion industry in Detroit – the likes of which do not exist anywhere.

Says Olga Stella, President of Design Core Detroit, What’s happening in Detroit is not only the growth of this new industry, but a movement toward one that’s more humane and inclusive and fosters sustainability for the artists, the people, the community, its health and it’s wealth. There is no other place in the world that can lead this like Detroit can. We can learn from the automotive industry to apply technology in a different way and this is very unique to our city.

Local designers, educators, retailers and manufacturers alike are putting the building blocks in place toward embracing and utilizing green products and materials, near shoring, and workforce development to redefine how this industry operates.

One of the key spokes in the wheel is certainly the Industrial Sewing and Innovation Center – ISAIC. Developed in 2017, ISAIC is a fundamental new approach to talent force development and economic stimulus, providing education and apprenticeships in advanced apparel manufacturing toward upward mobility for workers. 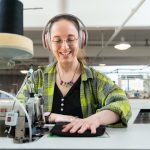 The emergence and support of ISAIC and the work being done there is a strong indication that apparel manufacturing in Detroit can exist, grow and flourish in this new way.

“Carhartt investing in ISAIC and offering this beautiful, human-centric space for us to do our work was a game changer,” says Guarino. “We have this amazing opportunity to develop an industry that succeeds by treating people better, and we are coming together to do so.”

A great example is DEVIATE, launched by sisters Cassidy and Kelsey Tucker, who offer complete collections manufactured solely by the hands of Detroit artisans. “Detroit has the potential to be a thought leader in this area – a role model for other cities when it comes to growing this new kind of fashion industry  – one that lifts up its people.”

This shared vision is strong, and the list goes on.

Says Guarino, “What’s beautiful about this is, to reach and grow these socially sustainable standards here in Detroit, we don’t have to deconstruct an archaic system and rebuild, as would be the case in NY. Here, we can build it from scratch as it could and should be. We can flip the model and instead of exploiting female labor, invest in it. There is no other place in the world focusing on this or positioned to do this today.”