With an Upcoming Exclusive Virtual Performance, and Meet and Greet for Detroit Residents, KEM Shares Excitement, Sentiment About Detroit City 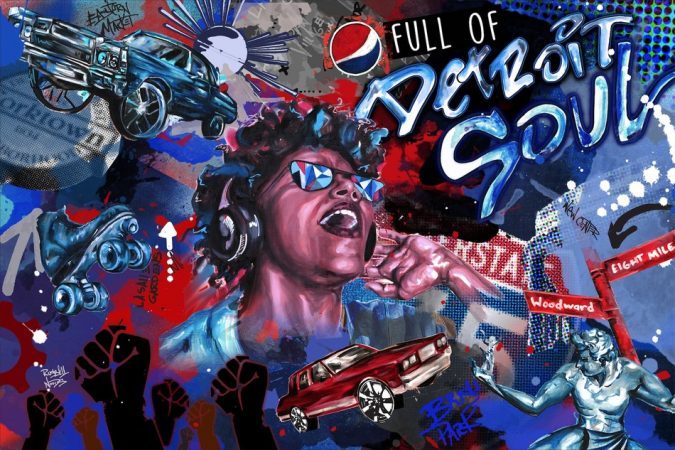 The city of Detroit has energy – an uncrushable spirit and an unmistakable vibe. From the famed Detroit Industry Murals to the legends of Motown, Detroit’s role within American art, music and entertainment culture is immeasurable, and its people full of talent, passion, and resiliency. To celebrate the vibrant soul of the city and partner with its community, Pepsi, a brand with a rich music and entertainment heritage, unveiled “Full of Detroit Soul” earlier this week – the brand’s ode to the city it’s inhabited for more than eight decades. 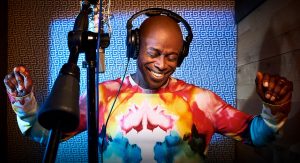 Pepsi “Full of Detroit Soul” is a multi-year community platform and creative campaign that builds upon and amplifies years of the ongoing support of the Detroit community, all now housed under this new initiative. Made in collaboration with Detroit based artists and creators, the platform celebrates the city’s storied history and impact on culture, while spotlighting the new class of artists influencing it today and providing ongoing and much needed support to the community it serves.

To kick-off the first phase of “Full of Detroit Soul,” Pepsi partnered with internationally renowned Detroit-raised R&B singer/songwriter, KEM. “This is a really special time with all that’s going on in the world. So to be partnering with Pepsi, and representing Full of Detroit Soul is another honor. I’m always keeping the light on for Detroit” says KEM, “I’m always keeping the light on for the city of Detroit because Detroit is home. My career was built on the love of the people of, of Detroit and the whole the entire Metro Detroit area.” 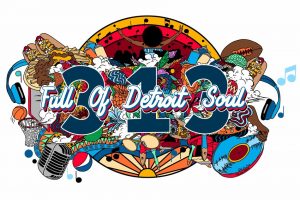 In the new year, Pepsi is producing an exclusive virtual performance, including a meet and greet for Detroit residents only, starring KEM on January 7, 2021. “I’m really excited about the about the performance, this will probably be the first Bonafede virtual performance that I’ve done during the pandemic.” says KEM. Prior to the performance, fans are encouraged to register for the experience and meet and great, and will also have the opportunity to vote online for which songs he will perform, KEM tells Detroitisit.

As a born and raised Detroiter, KEM shared his excitement for the opportunity to partner with Pepsi and express his deep-seeded love for the city, through his music.  “I grew up in the era of Big Three, where the importance of blue-collar work ethic, resilience was apparent in my life”  he shares, “I grew up with that discipline of working for your family and working to meet your goals. I apply that discipline to the work that I do today and the music I create.”

Full of Detroit Soul is a way to further express the hard work and grind that Detroiters have given today – and in the past. “When I think about Detroit, I also think about innovation from Henry Ford to Barry Gordy. I know that there isn’t a musician, or singer or someone in the arts, in the Metro Detroit area, who hasn’t been impacted by the Motown sound, just by the vibe of the music in the city. it’s great to be a part of all of that.” He says, “I have nothing but respect for the Detroit grind and the Detroit hustle.. That’s all that really speaks to the soul of Detroit and what it means to me.” 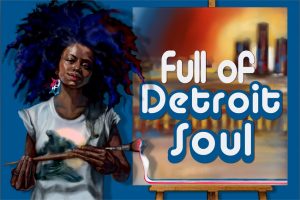 Full of Detroit Soul will also feature some of Detroit’s most prolific and innovative local muralists – Désirée Kelly, Ndubisi Okoye and Sydney James – to create powerful Detroit-inspired murals that now canvas the city through “Full of Detroit Soul” billboards and wallscapes.

For years, Pepsi has been committed to giving back to the Detroit community – and recognizing the heart and soul of Detroiters is taking it one step further. Over the last four years, Pepsi has contributed more than $1 million through local charitable donations and long-standing partnerships, including the Mosaic Youth Theatre of Detroit, Detroit NAACP, SER Metro Detroit, The Urban League of Detroit and Southeastern Michigan, Latin Americans for Social and Educational Development (LaSED) and many more.

In 2020 alone, PepsiCo and The PepsiCo Foundation have taken an active role in  Detroit through trusted partners and causes to help in COVID-19 relief and racial equality efforts. For additional information on the “Full of Detroit Soul” campaign and KEM’s upcoming virtual performance, please visit FullOfDetroitSoul.com.