Amid a Complicated School Year, a New Initiative Aims To Give Students a Say in Their After School Activities 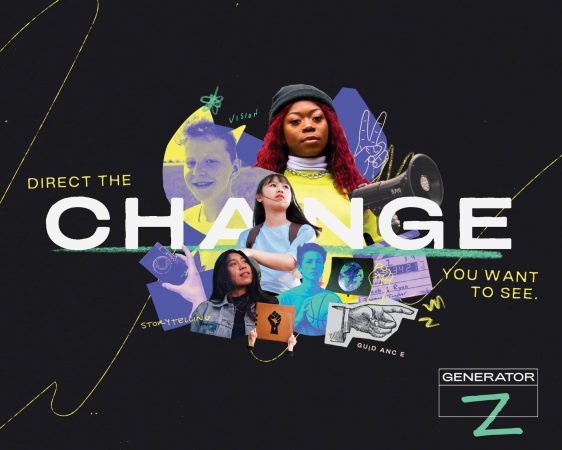 The past several months have not been easy for students given the disruptions to normal life amid COVID-19. Now, a teen-driven grantmaking initiative called Generator Z aims to boost the voices of those aged 13 -18 in both Southeast Michigan and Western New York.

Powered by Lakeshore Connections with the support of the Ralph C. Wilson, Jr. Foundation, Generator Z will have Gen Z lead the conversation on afterschool initiatives while inviting afterschool providers to turn their ideas into action. The process will see $1 million will go to teens while $3 million goes to the providers of afterschool activities.

HOW DOES GENERATOR Z WORK? 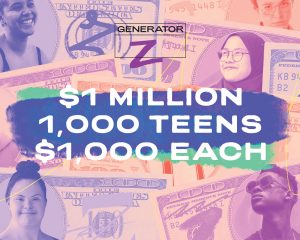 The process will recruit 1000 teens from communities like Detroit and southeastern Michigan, as well as Western New York, two regions in which the Ralph C. Wilson, Jr. Foundation operates. Students who are selected to be a generator will then have the opportunity to reimagine the future of afterschool, an aspect all the more crucial given the different school process many teens have found themselves in.

The idea of Generator Z and allowing teens to voice their opinion comes after a series of roundtables that took place with the aim of gauging teen opinion.

“So, as part of the process, we engaged in what we called roundtables and that involved 18 teens and 16 adults. We wanted to meet teens and nonprofits where they are right now and what we heard from teens is depending on where you live in the 16 counties, they feel very disconnected,” shared Malia Xie, a Program Officer for the Ralph C. Wilson, Jr. Foundation currently involved with Generator Z.

They’re missing out on a lot of really important teen experiences and I think what was really important what we heard was, they felt like a lot of decisions are being made for them without anybody asking them what they thought or how their experience was and it was important for them to weigh in and, and share that someone to ask their opinion,” added Xie. “I think nonprofits, again, are just grappling with, you know, how do they shift and pivot to best serve teens right now and what does this look like for them going forward?

What kind of afterschool activities are students talking about? Well, some of Generator Z’s existing findings stem from the “Teen Opinions Count” initiative, which was an effort led by the Ralph C. Wilson, Jr. Foundation that saw around 10,000 teens from rural, suburban, and urban communities respond to the question of how they want to spend their afterschool time. 66 percent of respondents, or around 7,135 teens, were from Southeastern Michigan, coming from urban communities like Detroit and Ann Arbor, suburban communities like Mt Clemens, and rural communities such as Lake Orion. 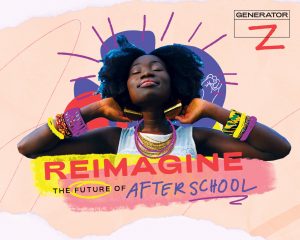 Generator Z’s website breaks down the data more specifically, showing that of the total responses from both Southeastern Michigan and Western New York, 55 percent of respondents came from an urban community, 18 percent were from the suburbs, 15 from rural communities, and 12 percent coming from small towns. While the demographics ranged based on age, race, gender identity, and residency, the response across the board came down to about 10 dynamic options for after school themes.

Mental, social and emotional health, identity and acceptance, growth and wellness, friends and community, excellence in learning, jobs, and careers, creative arts and culture, fun and games, play and sports, as well as life skills and balance, rounded out the scope of responses from teens.

“I think that the biggest takeaway is that the data confirms that teens are really dynamic and they do want kind of wide variety of after-school opportunities,” shared Abir Ali, a professional also involved in the Generator Z program. “When you look at the 10 After School Themes, in a lot of ways, they’re not all that surprising, but there is a lot of clarity behind them.”

With the framework in place based on the Teen Opinions Count data, Generator Z comes in to move the process to the next level. Heading into the next few months, teens will build off this data to help decide what programs come out of the grantmaking initiative.

HOW CAN YOU BECOME A GENERATOR?

As stated above, Generator Z will be recruiting from teens in both Southeastern Michigan, as well as Western New York. Teens will use their voice to decide how they best can spend their after-school time, be in through art, volunteering, or better connecting with those around them.

Those looking to apply to become a generator have until November 20 to do so and all information, as well as the application, can be found at Generator-z.org/apply.