Hey Y’all Detroit Aims To Support Its Community Through Food Assistance, the Promotion of Reading and More 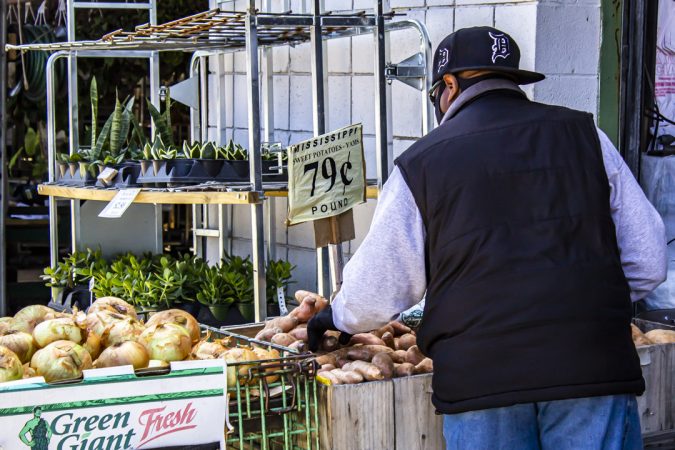 When protests erupted weeks ago over the murder of George Floyd, a wave of change appeared throughout the nation, with many starting to take the steps necessary to support their community. In Detroit, Charmane Neal saw this need for change manifest itself in the founding of the grassroots nonprofit, Hey y’all Detroit.

🚨NEW LOGO ALERT🚨 Hey Y’all! I wanted to wait until the website was finished before the unveiling of the new logo, but had a minor setback. The site *fingers crossed* should be up by next Monday! CHECK IT OUT ⬇️⬇️⬇️ MINI INTRODUCTION: My name is Charmane everyone calls me “Charm” (@charmstagram_) I am the founder of @HeyYallDetroit. I was born and raised on the Westside of Detroit Michigan and I have a huge passion for my community. Originally I wanted to organize a protest in front of Detroit Popcorn Co after the CEO made very insensitive and racist remarks regarding black people. After a much needed week long hiatus from social media a lot of prayers to God and my ancestors, meditation, and relentless journaling, It became very clear to me that I should start a grass roots project to give back to my community. The Y.A.L.L stands for You Are Loved Lots. It is important to me that people in my community see someone like them outside of their immediate family, teachers, employers giving back in away that bring us together, heals us, and encourages positive permanent changes in the inner city communities of Detroit. Our Mission is to help close the gap of racial disparities inner city Detroit residents face through different community initiatives.

Having grown up in Detroit, Neal had strong connections to the community around her and was motivated by the unfolding events taking place in the city and around the country to help give back. After some introspection, she came up with the idea to form a grassroots, community-focused nonprofit.

Citing the work previously done by community-focused individuals such as the late Nipsey Hustle as inspiration for the formation of Hey Y’all Detroit, Neal and Hey Y’all Detroit use the message of love and acceptance to help all in the community grow.

“They don’t have enough money to take gym classes or go to be coached in basketball because their school may not have funding for a basketball program. Their parents may not have a vehicle; their parents may work three jobs just to make ends meet; they may not have the means or the resources to turn them into LeBron or James Simone Biles. So the whole purpose of Hey Y’all Detroit is to provide resources and tools to disenfranchised communities. And when I say disenfranchised communities, I’m talking about the communities that are forgotten in Detroit.”

To help those in Detroit succeed, Hey Y’all Detroit operates under an idea of five pillars of community. These include “Feeling Connected, Responsibility and Life Skills, Emotional and Physical Well-being, Academic Success and Career Planning, Social Justice and Engaged Citizenship.”

Two initiatives that build off these five pillars are the Hey Y’all Lets Read literacy program, which aims to promote the benefits of reading to youth in the Detroit community and the Hey Y’all Lets Eat food program. On the latter matter, Neal believes that food insecurity is one of the most crucial issues affecting the city and is using the initiative to partner with local farmers, as well as promote healthy eating through access to healthy food and new recipes.

“In order to combat food insecurity, we are having a monthly free produce drive, where we not only give residents free access to free fruits and vegetables from local farmers around Detroit, but we also are going to have samples of different ways you can try to consume fruits and vegetables,” states Neal, when discussing the status of food insecurity throughout the city of Detroit.

Kicking off events this month to feed Detroit families, Hey Y’all Detroit seeks to address the dire issue of food scarcity in Detroit. After seeing firsthand the abysmal state of many food sources for Detroit residents, Neal devoted resources to encourage healthy eating while working to provide easy access to fresh, healthy foods.

Another initiative just established is the Hey Y’all It’s About Her program that aims to assist women unable to acquire menstrual hygiene products. The initiative will ship donated materials to women in prisons lacking the care they require and Hey Y’all Detroit will also hold monthly menstrual health drives where women in need may come to pick up donated products.

“A lot of Detroiters don’t feel connected in our community because they feel left behind,” shares Neal. “What I want them to understand is the connection is there, you just have to come together to build the connection. And, when we talk about a connection, I mean looking out for one another.”

With more planned drives well underway, Hey Y’all Detroit can be supported through its GoFundMe page, as well as through the donation of feminine products for its Hey Y’all it’s About Her drive and books for use in its Hey Y’all Lets Read literacy program. More information about donation needs and initiatives can also be found on their Instagram page.