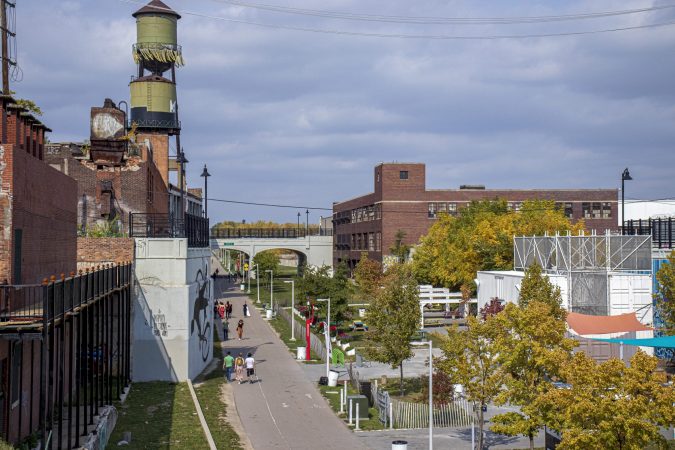 As part of the Joe Louis Greenway development project, active transportation will be incentivized through matters such as rails-to-trails conversions, on-road separated bike lanes and park pathways to connect much of Detroit and the surrounding region. In an effort to revitalize Romanowski and Patton parks in Southwest Detroit for connection, the City of Detroit is applying for a handful of $300,000 state grants aimed at improving both spaces for Greenway conversion.

While the non-profit behind the Joe Louis Greenway, Detroit Greenways Coalition, stressed the importance of these grants, they are also working to urge Congress to pass the Connecting America’s Active Transportation System Act — which would help to fund and create better connected active transit systems throughout the country. The coalition is currently working with the Rails-to-Trails Conservancy, Michigan Trails and Greenways Alliance and the City of Detroit to build awareness of the importance of the act.

The bill also aims to provide better walking and biking infrastructure in cities like Detroit across the country, allowing people to break away from car dependence when seeking to go places like work, school, public spaces. For a project massive in scope like the Joe Louis Greenway, the funding from the transportation act would drastically help with the development process.

The bill would also help people in communities like Detroit — wherein 2016, 24.7 percent of households did not have access to a vehicle — by providing much-needed alternate ways of traversing their city. The bill — as Sen. Markey points out — also comes with positive aspects on the environmental side of the picture.

Business-as-usual is building bad highways and breaking our planet. We can build smarter, safer, and healthier systems if we factor climate impacts and emissions into our decision-making process, shared Markey in a statement about the bill.

In total, 170 organizations have joined together in support, stating through a joint statement, “Congress has the opportunity now to provide strategically focused investment that will meet burgeoning demand to connect safe walking and biking routes to everyday destinations and complete the nation’s active transportation system.”

More information about the act may be found here and those in support are urged to reach out to their members of Congress.