Get Moving With Detroit Greenways Coalition

What Does it Take to Change the Mindset Towards Biking in a City? Todd Scott Shows Us How Biking Helps Shape Our Cities 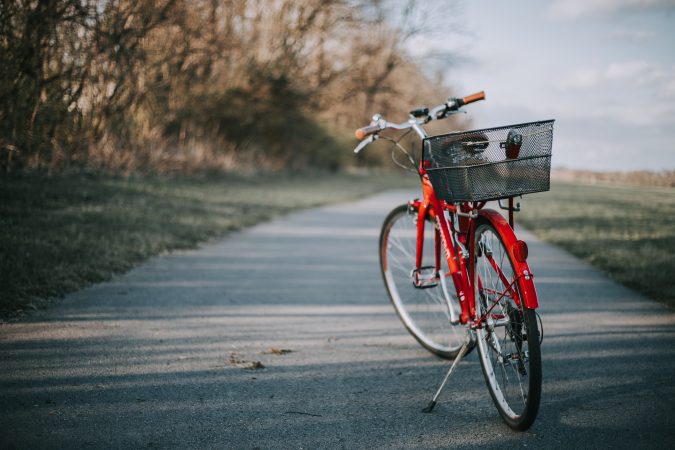 Then, in 1991, he took his childhood Schwinn Varsity out of retirement for a spin. The trip lasted about a mile, until his tire failed him.

While picking up a replacement inner tube at the bike shop, Scott recalls the salesman asking ‘Is that all?’

It wasn’t. Todd took the opportunity to purchase a new bike, a Specialized Rockhopper mountain bike. He was instantly hooked.

Whether you ride a cruiser or a mountain bike, there are three main components to the experience: what you ride, how you ride, and where you ride.

This last part seems to have had a particular resonance with Todd, whose entrance into serious mountain biking corresponded with where to ride. Especially in Michigan, where there are not that many trails, one spends a lot of time thinking of them—their condition, maintenance, etc.

Todd quickly went from cycling enthusiast into a long and winding career, including titles like “Trail Development Consultant” and culminating in 2007, with Detroit Greenways Coalition (DGC), the organization he helped found and still heads up as its Executive Director.

The Detroit Greenways Coalition brought together two existing entities to solve a problem: “How to use the city’s built trail and bike infrastructure,” and specifically, Todd tells us, “how to maintain and insure them.”’

“You must keep in mind that the city wasn’t leading on trail or bike development and others were filling that void.”

In simple terms, we talk a lot about biking in this city, but who’s responsible for the logistics? Who’s creating the bike lanes? Who’s advocating for and helping facilitate the implementation of bike-share systems? Whose making sure developments like Dequindre Cut are cyclists friendly?

In many cases, that ‘who’ was DGC, making the entity something of a silent hero in the Detroit biking conversation. Because most of us just ride our bikes. We’re not thinking about who made the bike lane or who is maintaining the trail.

Nor are many of us thinking about whose riding on them.

When the Detroit Police Department announced they would be enforcing mandatory bicycle registration, DGC took a stand.

“From a straight-up policy perspective,” Scott saw it as “a terribly burdensome change. This change also drew the attention of Civil Rights icon Ron Scott because he knew the real reasoning behind this was to enable stop and frisk for young black males who happened to have bikes. Together we worked collaboratively, and with many others in the community, to push back on this change and make bicycle registration voluntary.”

Among DGC’s big moments is the creation of a city-wide Greenway Network Vision in 2009, showing how all their projects are connected and thus becoming an official non-profit in 2012.

And the city has also grown. Since the inception of DGC, it has taken the lead on more of the structural projects, allowing the nonprofit to focus on advocacy, education, and helping other cities such as Highland Park.

In addition to being a cycling advocate, Todd’s something of a cycling historian. Rumors state he’s hoarding an entire archive of material, waiting until the moment’s right for a book.

He was generous enough to share five facts that make cycling truly unique in Detroit.

1. The first bicycle was ridden in Detroit over 150 years ago, long before the first automobile.

2. Detroit’s Tommy Cooper was probably the city’s highest-paid athlete during the 1890s. He partnered with Henry Ford, providing the capital and racing concepts while helping to create the Ford 999 racer. The racing success of that car helped launch the Ford Motor Company.

3. There are over 70 bicycle clubs in Detroit, which may be more than any other U.S. city. These clubs are creating affiliate clubs in other cities and are redefining what biking looks like in America.

5. There were 373 cyclists per day on the E. Jefferson bike lanes within weeks of opening. The Dequindre Cut averages 1,100 bicyclists, pedestrians, and scooters per day from April to October.