Healthcare is a Major Issue in Southwest Detroit 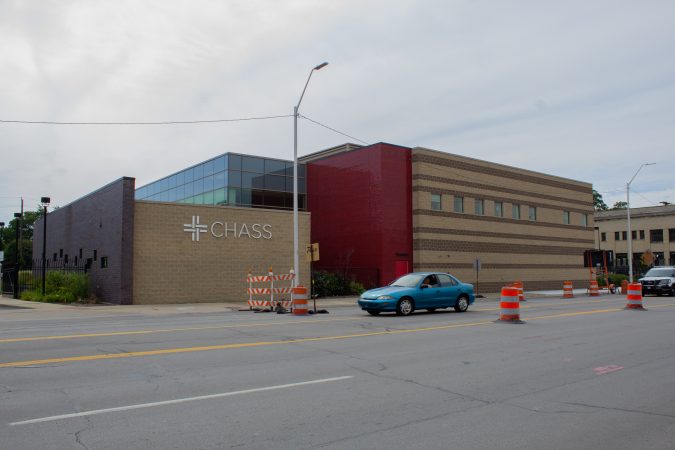 Ricardo Guzman is the founder of CHASS Center, a community healthcare center that has operated for 50 years through the last half of the 20th Century in Detroit’s Hispanic-American Neighborhoods.

Michigan Governor Gretchen Whitmer announced last month that Sept 15 – Oct 15 will be a state-wide Hispanic Heritage Month. Although it’s already a nation-wide month of celebration, the state of Michigan holds a unique history that situates Hispanic Communities at the center of its urban story.

Because while Detroit’s general population was declining, its Southwest neighborhoods were flourishing.

Immigrants have always found a home in Detroit. With the steady stream of population growth offsetting some of its mass depopulation of the late 20th century, Mexicantown was no exception with massive amounts of Hispanic immigrants calling Detroit home.

Throughout the steady decline, Mexicantown maintained a vibrant community within its borders. Bakeries and restaurants became major destinations for people throughout the entire Southeast Michigan region. Relevant cultural expressions throughout the neighborhood became a way for people to feel at home again once they left their home country, and oftentimes families behind.

Despite the vibrant neighborhood’s steady population, many services left the neighborhood. Hospitals and physicians left for the suburbs or more central locations closer to downtown Detroit. And for the people living in Mexicantown, this became a dire problem.

Ricardo Guzman is a lifelong resident of Mexicantown. When Detroit’s services dried up, Guzman worked against the declining health system for his ill mother. Unfortunately, due to this lack of access to healthcare, she did pass away.

Guzman believes it is a result of her death that the community came together to build CHASS Center. Working as a health clinic for low-income and impoverished people, CHASS created a system revolutionary for its time. An intersection of innovative ideas and culture-based care resulted in a community that would have access to healthcare for everyone in the neighborhood.

The beginnings of a healthcare revolution 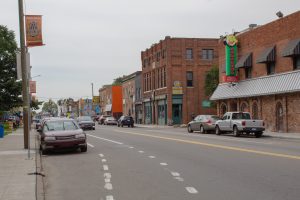 THE STREETS OF MEXICANTOWN. PHOTO BY JOHN BOZICK

Within a period of four years, the biggest hospitals around Southwest Detroit shut down along with the other businesses in the area. Leaving people without immediate healthcare in a with a loss of jobs and businesses. So the long distances to emergency rooms and regular healthcare mattered for people without vehicles who couldn’t depend on public transportation.

“When they left, people around the community started asking ‘Where are we going to go for our healthcare?’” Guzman said. “We were at a crossroads because there was no real answer.”

Guzman said this was a unique time for a clinic like CHASS. During the 1970s – a time when progressive ideas in fighting poverty were shared among both conservative and liberal politicians – federal funders saw major promise in a free clinic.

In 1969, the meetings started with the people in office at the time. Under the Republican administration of Michigan Governor Bob Milliken, the first grants came which helped establish the clinic out of a house rented from a local area church.

The innovative portion for the time was in creating a “one-stop-shop” for healthcare and social services. Someone who needed any healthcare assistance could go to one place.

CHASS as an innovative healthcare model

What made CHASS an important part of the healthcare network in Detroit may have been what it couldn’t do. Community Health Clinics are always wondering what happens if someone comes in that needs care beyond the scope of what they could provide, according to Guzman. This is where an important partnership was formed.

A study was done on emergency room usage among the various populations around Detroit. It found that Hispanic Americans in Southwest Detroit were saying that they come to CHASS for everything, including emergencies. From their office, CHASS could send dire emergencies to emergency rooms around the city.

“HFHS really understood the relationship between a community health center as a primary care provider and an emergency room,” Guzman said.

A partnership between them now became a way for CHASS to have access to doctors and physicians from the Henry Ford Hospital.

Most doctors at CHASS speak Spanish with their patients. And for a population of native speakers and,

oftentimes monolingual Spanish speakers, this gave CHASS an important role within the community.

In the time before CHASS came into being, the entire neighborhood had around six businesses owned by Hispanic Americans, according to Guzman. Throughout the ‘70s and ‘80s, the entrepreneurial spirit of the Hispanic community flourished with Hispanic people growing businesses along the main stretches of the neighborhood. A business network that would eventually christen the Southwest neighborhood ‘Mexicantown.’

But this didn’t come without its struggles. Immigration officials would oftentimes come to C

HASS looking for people slated for deportation. And like many other entities in the neighborhood, CHASS would protect the identities of everyone.

“In the past, we’ve had people come in asking if someone is in the center,” Guzman said. “And everyone at the front desk knew what to do, which is call me up and I’d come and talk to them.” 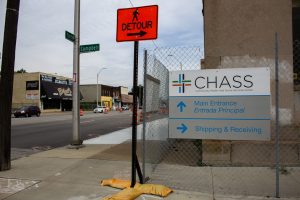 CHASS CENTER AND ITS SURROUNDINGS. PHOTO BY JOHN BOZICK

Guzman depended on the laws protecting patients’ privacy to make sure that people wouldn’t risk deportation at his health center.

The CHASS Center will be 50 years old next year. And although it o

perates as a free clinic, the constantly changing demographic of the neighborhood means that CHASS will have to change with it. Even now, budget worries make these changes seem inevitable as the model for funding community health centers becomes too difficult to predict.

What may happen is that CHASS becomes a regular health office for people with insurance. Yet still, it stands that the neighborhood would not have been the same without its history of community members providing for each other.

Whether it’s in healthcare, social services or just being a good neighbor, CHASS made a model that carried Southwest Detroit’s Hispanic Community through some of the most difficult times in the city’s history. And it all started in a house rented from a church. And a man with a caring vision.