A Fuller Dome? Buckminster Fuller Almost had a Home in Detroit

Did You Know Detroit Has a Fuller Dome? 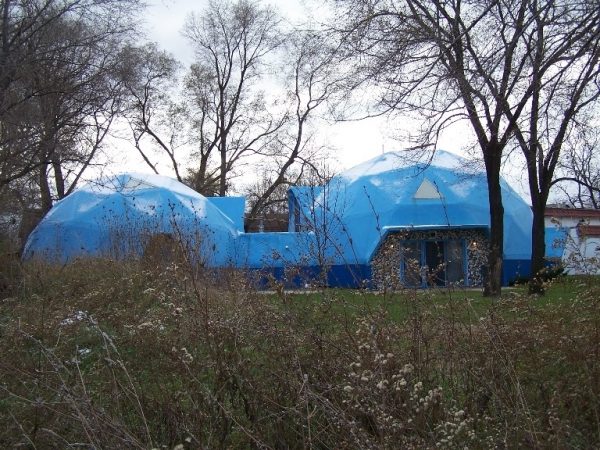 Drive slowly behind Michigan Central Station on the corner of St. Anne and Vernor, and you can spot a speck of blue peeping above the tall weeds. This is Detroit’s only geodesic dome house. Conceptualized and designed by noted architect and inventor Buckminster Fuller sometime in the mid-’40s, the dome house claims to be the strongest and most efficient design in housing since… well, ever, according to Fuller. Then, sometime in the early 2000s, it was built by Leo Gillis, brother to Jack White, and after serving as a home, rental spot and underground party spot, the house now sits vacant, waiting for the next maverick to come along and take possession.