Juneteenth, June 19th, is Now a National Holiday, What’s Next?

Juneteenth’s Federal Recognition is Exciting for Detroiters, But Racial Barriers are Still Ingrained in America 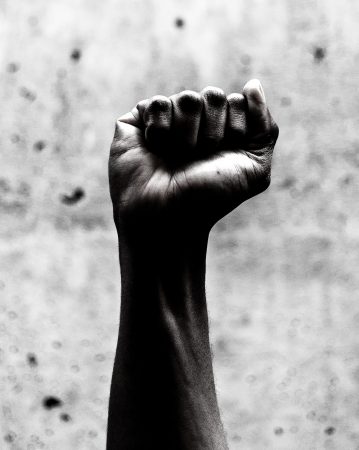 This Saturday, June 19th, is America’s 155th annual recognition of the abolition of slavery, celebrated as Juneteenth. Just this week President Joe Biden signed a bill declaring Juneteenth as a national holiday, but if 2020’s BLM protests have taught us anything it’s that even with this national recognition, the country still has a ways to go in terms of breaking down racially charged systemic barriers.

When slavery was abolished, there still remained loopholes in the law that enabled Black oppression in the United States to continue, especially in the South. This oppression, which was expressed through low wages, poor working conditions, and physical acts of violence against African Americans, is what led many Black American’s to migrate North to cities like Detroit and Chicago.

The years have lessened the oppressions against Black Americans, but systemic racial barriers are still gravely prevalent in modern-day America. Racial profiling and mass incarceration have led to numerous Black Americans being stripped of the right to vote, infringing on a part of what many consider an integral part of being an American.

According to the U.S. Bureau of Justice Statistics, “In 2018, the imprisonment rate of black males was 5.8 times that of white males, while the imprisonment rate of black females was 1.8 times the rate of white females.” The heightened rate at which Black Americans are incarcerated in comparison to White Americans is stark and affects a person far more than just by removing rights to vote.

In The New Jim Crow by Michelle Alexander, she writes,

You are also now branded a drug felon. You are no longer eligible for food stamps; you may be discriminated against in employment; you cannot vote for at least twelve years, and you are about to be evicted from public housing. Once homeless, your children will be taken from you and put in foster care.

Racial profiling and mass incarceration are only a subsect of the systemic barriers and racism that occur in this country. Many Black Americans have raised the question of “why have a federal holiday celebrating the abolition of slavery if the details of slavery aren’t taught in public schools?”

This Federal recognition of Juneteenth is one filled with hope for a better future. It promotes the acknowledgment of one of this country’s most painful wounds, which is an important part of the healing process, but we still have a long way to go. As we each celebrate this new national holiday in our own ways, let us, as Detroiters, find solace in each other and ready ourselves to continue to fight, hand in hand, for equity, equality, and inclusion.