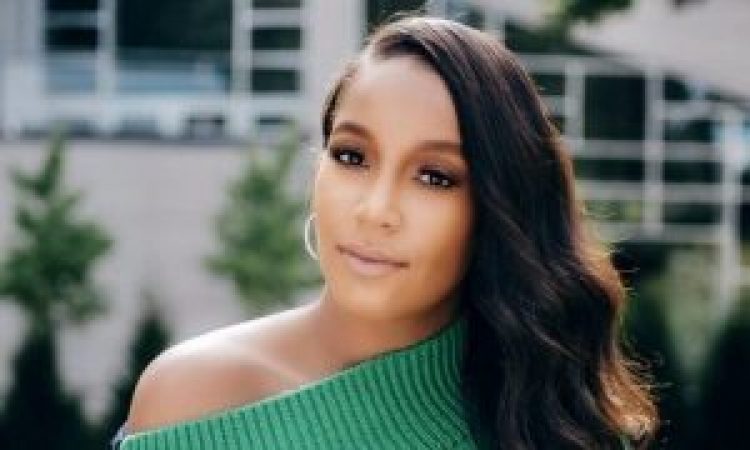 In this second installment of our “In Talks” Panel Series in partnership with Morgan Stanley, we discuss challenges facing Detroit as it grows and evolves. Panelists include leaders, innovators, experts, and startups, with whom we will provoke and entice new directions on financial and business topics pertaining to Detroit. The purpose of “In Talks” is to expand an entrepreneurial mindset as many are looking for the right tools for both their professional and personal wealth management needs.

Before Detroit’s new business-focused Downtown started to fill storefronts that changed the landscape, business and entrepreneurship was a vibrant focus for the Detroiters who stayed. Just ask Kelli Coleman for proof.

“Growing up here, we thought anything was possible in a lot of ways,” Coleman said. “It’s funny because people have a much different perspective of Detroit than maybe me and my peers growing up. So they don’t know how historically Detroit was already a booming place for business people and entrepreneurs alike.”

Coleman comes from a family of strong business leaders. As the daughter of GlobalHue’s founder, she said she had to prove herself at a young age. Securing the $50 million contract with Walmart may have tipped the scales in her favor.

These days, you can find Coleman’s business mind at work in The TEN Nail Bar in downtown Detroit. Turning up the luxury with champagne, manis and pedis. This is the luxury nail experience in Detroit. And that’s how she and her partner wanted it.

Even with its recent notoriety from a conversation between Cardi B and Democratic Candidate Bernie Sanders, it stands that building a small business in the city isn’t an easy task. So how did The TEN Nail Bar grow its business and base downtown?

BUILDING A SUCCESSFUL BUSINESS IN DETROIT

“It was less about starting and developing The TEN, and more about what happened after we actually opened,” Coleman said.

That difficulty for Coleman came from building up a talent pool. With predominately middle-class workers throughout the city, they needed to be more than just talented workers.

“Our employees needed to really be committed to the standards of excellence that we set,” Coleman said.

Of course Detroit, like any other city, has its difficulties for business. But what really helped may have been what the city didn’t have. Calling it an “Entrepreneurial Wonderland” Coleman found the low barrier of entry its strongest asset.

It seems that Detroit is a market where one can test out interesting concepts without the high level of investment that goes into building a business in more established markets.

“I always tell people a start-up or a new business isn’t more successful because it started on a more expensive coast,” Coleman said. “Sometimes the smartest thing you can do is go somewhere where you stand out that much more.”

THE ROLE OF BUSINESS IN DETROIT’S REVITALIZATION

Historically, Detroit has been challenging for everyone from the most ambitious entrepreneurs to the most skilled workers. But the past few years have brought a buzz to the city that seems to inspire entrepreneurs coming from as far as New York City or as close as New Center.

So how does a business a business build itself in a rapidly changing city without leaving some of the deep-rooted troubles in place? There’s a list of reasons why improving a neighborhood can help the people. But sometimes those same tactics feed into the way communities respond to the companies themselves.

As for Coleman’s reasons, she talks like an advocate for building inclusion into any business plan for Detroit. Her tactics involve creating jobs for skilled labor just as much as creating jobs for highly educated people.

“It was very important to us to not only build a business that was bringing something new to Detroit and something Detroit very much deserved,” Coleman said. “But we were also providing jobs and sustainable living for Detroiters who were not equipped to participate in this ‘new economy’ or tech economy but still relied very heavily on trade.”

This is the special balance that goes into building businesses in the city. Inclusion of everyone’s talents and abilities to fit the growing economy of businesses and best services to its people.

“I’m very proud of our ability to blend the two,” Coleman said.

Throughout her time growing up in Detroit, there was something special in the way Coleman saw the business world around her. Inspired by her father, and the parents of her friends, there was a lot to help her grow up with the city and its history.

But now that it’s her turn to build businesses in a different Detroit, there’s something special to the process now.

“I think it’s awesome that we’re hopefully working to bring it full circle and Detroit be known once again,” Coleman said.