Detroit Native Kevin Reynolds is a DJ, Producer, and a Neighbor 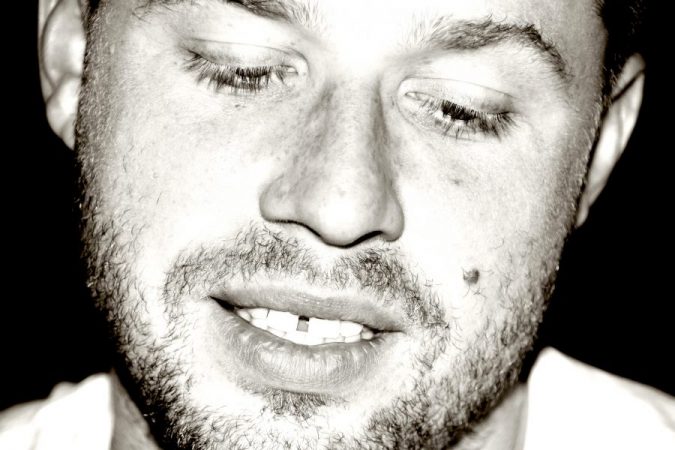 Kevin Reynolds. Once dubbed the “New sound of Detroit Techno,” by the BBC.

His parents were autoworkers and civil rights activists whose dedication to Detroit mirrors his—born in Hamtramck, with the exception of brief periods away, he’s devoted his entire life to being a citizen of the city as passionately as he’s pursued music. After college, he returned home to work for the equally humble Detroit icon, Derrick May, and his label Transmat Records.

Which lead to a gig as the sound engineer and tour manager of May’s Hi Tech Soul band Time: Space, where he worked with artists such as Aril Brikha, John Beltran, Neil Olliverra, Tony Drake, and Jeremy Ellis. While traveling throughout North America, Europe and Japan–nice. Cue love of Japanese food and chef fantasy.

Achievements include: remixing Stravinsky’s Rite of Spring for The Detroit Symphony Orchestra,  making music for the City of Detroit, starting his own record label, Todhchai—translates to future or things to come in Gaelic.

KR: Something that portrays incredible peace and thunderous laughter.  But cool like with sunglasses or something sci-fi 🚀.

CVh: What’s the characteristic you like most in people?

CVh: Dislike the most?

CVh: How long have you lived in Detroit?

KR: I was born here, grew up in Hamtramck. The Northwest side 6/ Southfield. High school in East Lansing cause Mom got accepted to MSU med school. College in Arizona and back to Detroit in 1999 to work at Transmat for Derrick May.

Been up in this mugg since, lolz.

CVh: Favorite part of this city?

CVh: Favorite spot to hear music in the city?

CVh: Favorite venue you’ve played? Ever. Anywhere in the world.

KR: Oh shoot. I would say Panorama Bar in Berlin but playing in Sri Lanka on NYE was the tops.

CVh: How do you listen to music at home?

KR: On the monitors on in the studio, on the Sonos more often than anything simply cause the ease and that way my wife can make fun of my sweet dance moves but not too much or I won’t cook dinner.  Oh and sometimes on the vinyl setup for sure.

CVh: Define your musical style. In one sentence.

CVh: If you had to listen to one—and only one—sound for the rest of your life, what would it be?

KR: The quiet loud of the wind blowing through trees at night in the Michigan summer.

CVh: What would you be doing if you weren’t doing music?

KR: My favorite is Japanese because the subtleties so I’d probably be doing that and Mexican is my second because it’s boldness and comfort.  Least favorite is shitty fast food like ultimate worst would be jack in the box or Carl’s junior or some weird shit like that.  I’d rather starve.