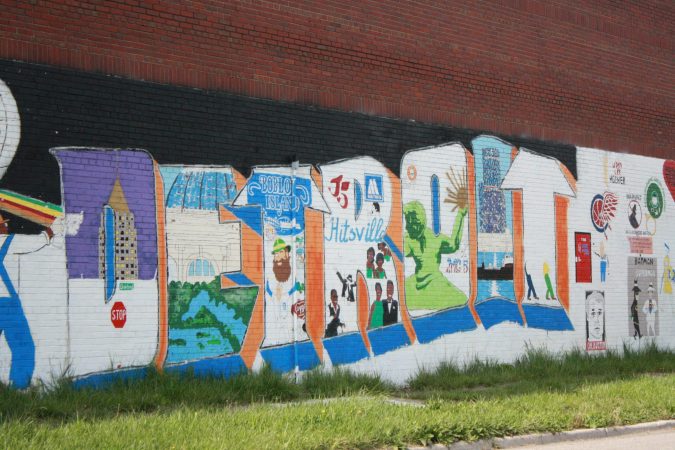 It was announced in mid-February that the John S. and James L. Knight Foundation is offering just shy of $2 Million as support for local projects in Detroit’s North End neighborhood. Funding and grants such as this are not uncommon for this city, but the Knight Foundation’s approach has inspired North End locals and offers a new narrative of investing: one focused intently on the community and its people.

The Foundation’s Detroit Program Director, Nate Wallace, says there were a few reasons why Knight chose the North End to partner with,

There’s this impressive creativity and expertise within the neighborhood that stretches anywhere from urban farming, cooperative economics, and community internet to solar power, Afrofuturism [an artistic movement which features futuristic or science fiction ideas and incorporates elements of Black culture and history], and techno. It’s something about the creative history and legacy of the North End that’s inherent throughout the people and their vision.

The Knight Foundation’s role of investment, beyond financial, contains a great amount of listening, observing, and asking 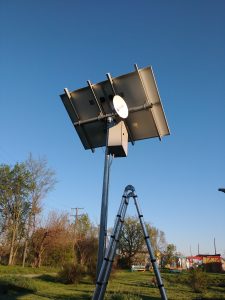 questions about the neighborhood’s already established community. Wallace is frequently in conversation with residents, individuals from coalitions and others to see exactly how Knight’s funding can best aid the North End area.

In conversations with Wallace, Reverend Joan Ross, the Executive Director of North End Woodward Community Coalition (NEWCC), was able to relay the neighborhood’s need for reliable wifi as well as charging stations. The neighborhood suffers from frequent power outages, and, during the pandemic, many Detroiters were without wifi due to school and libraries’ closing. These factors have left many North Enders without wifi or the ability to charge devices.

A wifi emitting and solar-powered charging station was installed in Bennett Park. During the pandemic, NEWCC has recorded as many as 700 people a day utilizing its wifi and charging features. Reverend Ross is excited that Knight’s funding will allow NEWCC to bring more wifi solar charging stations to the North End neighborhood. NEWCC is also looking forward to expanding their Federal Communications Commission (FCC) approved private internet service to lessen Detroit’s expansive digital divide.

“For us, this is a fresh approach,” Reverend Ross says, commenting on the Knight Foundation’s outlook, “a fresh idea of how to fund organizations on their individual level as to the work that each organization is doing and providing. Which could be a 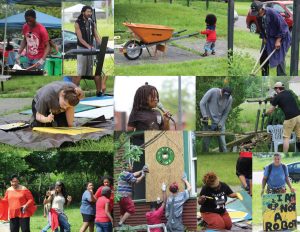 model not only for North End but for the rest of the city.”

Halima Cassells, a third-generation North End community member, discusses how Knight’s long term funding will affect the neighborhood as well, “I feel like, you know, a lot of things that may have been separated or siloed can come together under the context of long term, like strategic planning that has been ongoing through OAAC and other neighborhood organizations,” she says. Cassells is a founding member of the Oakland Avenue Artists Coalition (OAAC), and sees much of her neighborhood through an artist’s eye, “I see our creativity being uplifted, I see our neighborhood being seen as a cultural hub, which it has been globally for decades.”

A communication and sense of community such as this can work against and protect the neighborhood from the high levels of gentrification seen throughout much of Detroit. The President and CEO of Vanguard, Pamela Martin-Turner, says, “Gentrification is something that we have to be careful about… and we are always concerned about that at Vanguard. Our core values are economic equity and racial justice, so we look at everything through that lens.”

She continues, “But there is a way to do community development and commercial development without fueling gentrification, you just have to be careful and deliberate about your choices.” For Vanguard, their goal is to elevate the cultural heritage and 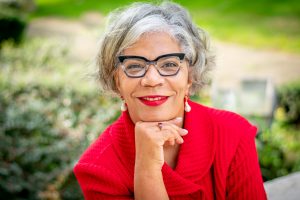 PAMELA MARTIN-TURNER, PRESIDENT AND CEO OF VANGUARD IN NORTH END

history of the neighborhood to create a greater sense of place. “In other words,” Martin-Turner says, “rather than change the commercial district or change the neighborhood, we hope to preserve the cultural history, particularly around the arts.”

Vanguard’s cleanup and revitalization project that the Knight Foundation is funding will enable the area to attract more foot traffic to the neighborhood, all while not displacing the North End’s current residents and businesses. “We know that… the North End is a very attractive neighborhood…. We welcome new people and new businesses, but we also want to make sure that nobody is displaced and that the flavor, if you will, of the North End is not changed by gentrification.”

Throughout each North End resident’s influence, Wallace, as a native Detroiter himself, is continually enthusiastic about working with people like Reverend Ross, Cassells, and Martin-Turner. “Growing up,” he says, “on Six-mile and Greenfield, experiencing many of the challenges Black neighborhoods face, I’m humbled to work alongside individuals who actively work to create the community they want to see.”