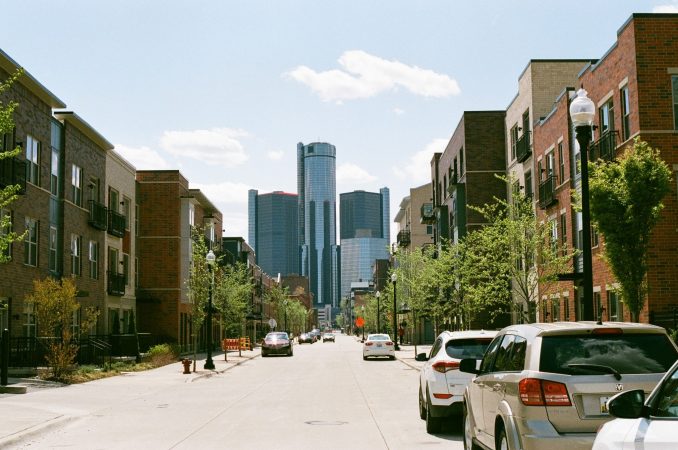 Detroit was a city built by a community ahead of the curve. It drew residents from all over the country to the area, offering decent wages and a promise of a new and better, motorized future. As years passed, Motor City kept a name for itself through innovation and artistic creativity, but in many ways, the city was left in the dust of America’s 21st technological history.

Phones progressed from cordless to flip to slide to touch screen and televisions became clearer and flatter, but Detroit was struggling to stay on its feet. As a result, technological progression in the city was uneven, creating a vast digital divide. Since (and even before) Detroit regained its footing, nonprofits, companies, and the city itself have worked hard to help bridge this gap. But a gap still remains.

According to the National Digital Inclusion Alliance (NDIA), just over 46% of Detroiters are without access to cable, fiber optic, or DSL, and almost 25% are without any type of broadband, including cellular devices. However, even with a divide this large, many Detroiters do have some virtual access through family members, friends, libraries and other means.

The Director of National Strategy and Technology Innovation at Knight Foundation, Lilian Coral, comments on this in her own

words, “There is a digital divide, for sure, but I do think that does not mean that people are not connected in one form or another.” She continues, saying that it is vitally important “That we not give up on digital engagement because we assume that someone doesn’t have any access. I think we should try to meet people wherever they’re at.”

In May of this year, Knight Foundation announced their $1 million investment into Code for America, which is built on the idea of meeting a community where they are and establishing higher levels of communication and understanding. The investment will be utilized to aid seven U.S. cities, including Detroit.

In Detroit, the investment will help to support volunteer engagement, grassroots fundraising, and collaboration through a re-established Detroit Tech Brigade. The Brigade will also be supported through Code for America’s mission to build a network of cities, citizens, community groups, and startups that are committed to utilizing digital technology in order to help the government work better for everyone.

“I often worry that the default when we talk about the digital divide is that ‘well, we can’t focus on digital engagement because people are not online,’’ Coral says. Continuing, she combats this idea, “even in a place where you have limited 24-7 connectivity, you still have diligence as a government, I think, and a civic institution to get the word out and to connect with people. That means you know, the work doesn’t end. Let’s get people connected, and then let’s keep trying to connect with them online.”

As our phones and televisions continue to go through changes and the future of technology progresses, it is essential that Detroit is not left behind. Digital inclusion and connectivity go beyond having a digital device in one’s house. It means knowing and understanding what is happening in the community, being able to participate in local and non-local government, and establishing strong communication for everyone’s needs on a vast yet hyper-local level.

It is important that as a city we understand our digital divide, but not let it hold us back from conversing about how to make the community a safer, more inclusive space to live. Coral comments, saying we must think “about how we make dents in our digital inclusion strategies and communities.”

The integration of Code for America’s Tech Brigade in Detroit is hoped to make dents on the other side of digital inclusion, aiding the city in lessening the divide through community and engagement. By bringing together sustainable, local-volunteer-based formulas, investment in the community can be more personal and longer-lasting, pushing Detroit to be more technologically connected and progressive.