Jocelyn Benson, Michigan’s Secretary of State, Shares in an In-Depth Interview About Voting 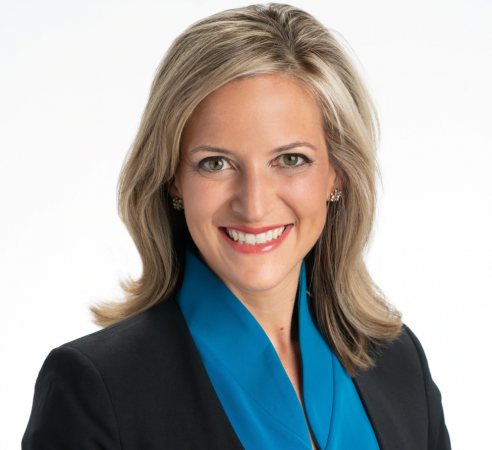 Voting is important now more than ever before. Don’t take our word for it, instead listen to the expert herself, Michigan’s Secretary of State, Jocelyn Benson.

The foremost expert on voting in Michigan, Benson literally wrote the book on the importance of maintaining a healthy democracy through fair and easy elections. Over the past few months, her office has led the charge to ensure the upcoming election season is as accessible as possible, including through an ongoing partnership with the Detroit Pistons.

Speaking with Detroitisit about her experience working alongside Govorner Whitmer on the Coronavirus response, as well as the upcoming elections, Benson explains why it’s more important now than ever to head to the polls.

WHAT HAS IT BEEN LIKE WORKING ALONGSIDE GOVERNOR WHITMER AND ATTORNEY GENERAL NESSEL DURING THIS UNPRECEDENTED CRISIS?

I think what we’re seeing now, more than ever, is the need for smart people to be in decision making positions. People who are using data or making data-driven decisions, Implementing solutions impervious to partisanship and political agenda. Really that’s what we’ve seen from the governor’s leadership and she’s been remarkably focused on doing the right thing, regardless of whether or not it’s popular. She’s working to educate and effectively communicate to the residents of our state why she’s making the decisions that she’s doing.

So, I think that’s one of the reasons why Michigan has been a state where though we saw a higher outbreak at the beginning, we were able to start to see a reduction in cases over the past few weeks and my hope is that our residents will follow her lead and continue to fight the second wave that we’re experiencing.

But, beyond that, she’s just been a great friend for many years and I’m grateful every day that I have a partner and current Lieutenant Governor as well who is a tremendous ally and a neighbor here in the city of Detroit to work with to further our collective vision for a state government that’s truly responsive and accessible to all.

YOU’RE AN EXPERT ON VOTING. CAN YOU EXPLAIN WHY IT’S MORE IMPORTANT NOW THAN EVER TO GET OUT AND VOTE?

Obviously, we are at a critical moment in the history of our democracy, not just in relation to the current pandemic, but everything else that’s happening right now in our world and in our country. It’s so critical that every voice is heard at the ballot box and heard equally and that that the one person, one vote promise in our Constitution is truly a reality for everyone.

So it’s an honor to be overseeing our elections right now where you’ve got a critical need to ensure that people know, not just how important their voices are and how important it is that they’re their votes count, but, that they can adjust to a lot of the new ways in which they can vote and have access to the vote. This year, we’re in this very unique moment of great uncertainty for our state and for our country and, it’s so important for us to be able to give our citizens clarity and certainty about how to vote and how to ensure their vote is counted and that their voices are heard right now.

I’m grateful to be working with a great team of clerks all around the state who have similar commitments to ensuring everyone’s voices are heard and it’s been a great joy to embrace a lot of these challenges to our democracy right now, in partnership with them.

WHY IS IT SO IMPORTANT FOR US TO UTILIZE MAIL-IN BALLOTS AT THIS TIME?

Well, we’re in this very unique moment where so many decisions are being made that affect the lives and the health and the safety and the job security of every single one of us. And so, the importance of our voices being a part of the discussion and our communities being considered and the impact of decisions that are made every day and how they relate to us, you know, all of that comes down to whether or not we are engaged as citizens and whether our voices are being heard.

I think it also is underscored by the fact that there is a significant amount of misinformation flowing into our communities all across the country right now, or people with significant platforms are using them to confuse the public about their rights or about what people are doing to protect their right to vote. We see that not just at the national level but in Michigan as well.

It’s been incredibly disheartening because there’s such a need to positively educate people on all sides about their rights and about the way they can access the vote right now. And, so it’s been disheartening to see people try to, especially at this moment where there’s such high anxiety, confuse people about their rights and, in some ways, create chaos and sew seeds within our public space of elections process despite the fact that it is very accessible and very secure.

FOR PEOPLE WHO ARE VOTING IN-PERSON, HOW IS THE STATE WORKING TO ENSURE THAT THE PROCESS IS SAFE AND ACCESSIBLE?

I think it comes down first to giving voters choices. Meeting people where they are and ensuring that they have all the tools they need to choose how to vote and a lot of data shows that the more choices a person has when it comes to exercising their right to vote, the better they can make the choice that works best for them.

And this year, Michigan citizens have many safe voting options, including absentee by mail, you can return your ballot, if you receive it through the mail, at a Dropbox or clerk’s office as well. You can also vote early by going into your court office, up to 40 days prior to an election and requesting a ballot and, then you can return it to your clerk’s office right there.

Of course, you can also vote in person on election day. So, we’re working to provide resources for local jurisdictions to ensure they can safely provide all of those various ways to all of our voters. In that way, we can assure all Michigan citizens that their vote this year, can be done either from home or in person, either way, it will be safe, convenient and secure.

HOW HAS THE STATE BEEN WORKING TO BOOST VOTER TURNOUT IN LOW TURNOUT AREAS AROUND THE STATE?

Earlier this year, we launched a “Voting Matters Initiative,” which identified the 100 precincts in the state with the lowest turnout over the past ten years. We found that 40 of them were in Detroit, 20 were in Flint and another 40 were spread throughout the state.

But with that many in our largest urban areas we’ve been doing a lot of work directly in Detroit and Flint, but also in Jackson and Sturgis and in Benton Harbor other communities where we see low turnout, because we want to move the needle upwards, not just across the board and statewide but we actually want to increase turnout in those communities where there’s the least amount of engagement.

So we’ve been having conversations and hosting listening sessions, even over zoom now, but before the pandemic in person, to listen to people and hear from them directly about how we can better serve them and ensure their democracy is accessible to them. So my hope is that this year as well as in future cycles we’ll continue to see an uptick in participation in our lowest engagement communities, because really for Michigan to be better we want everyone at the table and engaged.

HOW CAN THOSE VOTING IN AUGUST AND NOVEMBER ENSURE THEY’RE INFORMED WITH THE MOST UP-TO-DATE INFORMATION ABOUT CANDIDATES AND INITIATIVES?

Certainly, the League of Women Voters and Vote.org, as well as a number of other national organizations, have done a great job of correlating voters guides, with information about what’s on the ballot, so the people can be fully informed. Our website michigan.gov/vote is a one-stop-shop for people wanting information about how to vote, how to register, or how to request a vote by mail, where to find a polling place, how to confirm their registration, or how to track their ballot.

So it’s all there at Michigan.gov/vote and in conjunction with a lot of nonpartisan organizations like the League of Women Voters, citizens can gain access to clear information about voting and in a way that, hopefully, meets their educational needs as well.

YOU’RE THE FIRST DEMOCRATIC SECRETARY OF STATE MICHIGAN HAS SEEN SINCE 1994, WHAT CAN PEOPLE ACROSS THE STATE EXPECT TO SEE COMING OUT OF YOUR OFFICE IN THE COMING MONTHS?

We’re moving forward with a bold and aggressive strategy to increase turnout, to engage all populations in our state and to create a more transparent and accessible government, as well as also modernize the way we deliver state services to our state offices.

We’ve actually eliminated the wait in our branch offices, so now people can now make it make an appointment online and show up and be helped right away. We’ve also moved more services online and created self-service stations throughout the state for people to access and review their tabs and vehicles. On the election side, certainly, our lessons learned this year will inform a lot of what we’re able to do in the future.

But in addition to that, we’ll continue to implement the initiatives that voters and enacted in 2018, both the Promote the Vote Initiative, which gave citizens the right to go about voting by mail and also register to vote up to and on election day or be automatically registered when they come to our office and of course the Citizens Redistricting Commission, which we’re also in the process of implementing. That commission will be selected in a few months, in August, actually, so they’ll be seated later this fall and they’ll have a year or so to draw the district lines for our next decade in the state.

We’re going to continue to move forward and full steam ahead aggressively and boldly implementing all these initiatives and really allowing the data to guide us about how to make sure our government is accessible and secure and making nonpartisan decisions that will hopefully serve everyone in this state and engage everyone because all voices need to be at the table in a time like this to help us develop solutions for the very challenging moment that we’re in.