Local Elections Are Often Under-Reported and Information is Scarce. Read on to Learn Details 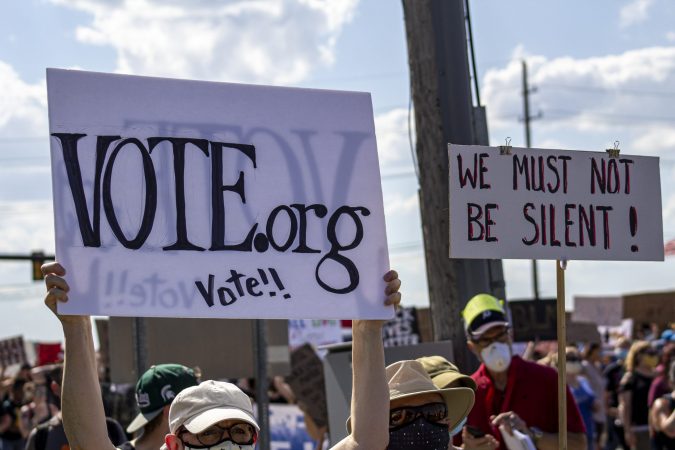 Voting in Detroit and other cities can be a confusing process for first-time voters, especially when information about the electoral process is fairly sparse. Knowing the location of one’s precinct or which district you reside as well as who is actually in the race are questions that usually take some digging to find answers to.

While outlets such as the Michigan Secretary of State [SOS] and Ballotpedia offer information about candidates and their races, acquiring information from both sites can be incredibly time confusing. Thus, to make matters easier here is a little breakdown of the need to know when voting in Detroit.

VOTING IN DETROIT FOR THE FEDERAL LEVEL

Looking at the August 4 primary from the level of Federal Government races, there are a few high profile races affecting the entire state, as well as local districts in Detroit.

Starting with the race for Senate in Michigan, there are two choices, one for the Republican and one for the Democratic ticket. Both Gary Peters (D) (Incumbent) and John James (R) are running unopposed and represent very different viewpoints, with Peters filling the role of the Moderate Democrat and James the far-right Republican with a history of standing with President Donald Trump.

When voting on either the Republican or Democratic ticket (Remember in Michigan you can only pick one!) the vote will not matter too much until November given both candidates lacks a primary challenger.

A little more high profile are the races to represent Michigan in the House of Representatives in both districts 13 and 14.

The 13th district will see Progressive Rashida Tlaib (D) (Incumbent) face off against the moderate primary challenger, Brenda Jones (D). While the district sways heavily Democratic, there is a Republican primary if you choose to vote on that ticket, which will see a member of the Detroit gaming industry, David Dudenhoefer (R), retired mechanical engineer, Alfred Lemmo (R) and former nurse Linda Sawyer (R) face off in the primary to represent the Grand Old Party in November.

For those voting in Detroit, the 14th District will also see a contested primary in which Brenda Lawrence (D) (Incumbent) will face Terrance Morrison (D) to represent the Democratic Party, while Daryle Houston (R) and Robert Vance Patrick (R) face each other on the Republican ticket. Like district 13 however, the 14th district votes blue heavily and come November, Lawrence or Morrison will more than likely walk away with a victory.

Voting in Detroit and want to learn more about your federal races? A sample ballot can be viewed here using either your zip code, address, or email address.

THE STATE AND LOCAL LEVEL

Voting in Detroit for State and Local elections is where the process begins to get a little confusing, with races such as the Wayne County Register of Deeds, Sheriff and various court positions alongside the race for Michigan House. While we’re unable to breakdown every candidate and would highly recommend utilizing either the SOS and Ballotpedia for a complete breakdown, we will offer some insight into the higher-profile races.

The race for the Michigan House of Representatives District 3 is highly contested and will see China Cochran (D), John Cromer (D), Steven Lett (D), Donavan McKinney (D), Keith McMurtry (D), Shri Thanedar (D), Art Tyus (D) and Al Williams (D) all face off on the Democratic ticket. For the Republicans,
Anita Vinson (R) stands alone in her bid and will represent the Republican Party of Michigan on the ticket in November.

Michigan House of Representatives District 5 will also have it’s primary and will see incumbent Cynthia A. Johnson (D) face off against primary challengers Rita Ross (D) and Jermaine Tobey (D) on the Democratic ticket. The winner of the primary will go on to face Harold Day (R) in the November General Election.

Wayne County and the rest of the state of Michigan vote on August 4, so it’s incredibly important to remember the date. If you’re voting in Detroit, make sure you’re registered by checking here and be sure to be informed on the issues.