Looking for New Cocktail Ideas? They’re Now Being Delivered to You! 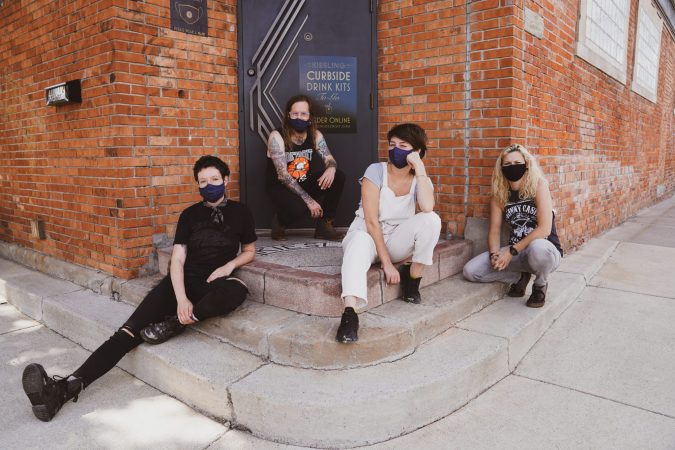 Know the feeling of a pull tab between your fingers? The pressure as we push through the soft metal with a sharp crack. The aerated bubbles sizzling and popping as we raise the can to our lips. The eye-watering dance carbonated liquid does across our tongue. And just imagine the pirouetting flavors tequila, gin, or blackstrap rum take on in a fresh, craft cocktail.

For those familiar with the craft cocktail scene, draft cocktails feel like home. As restrictions due to COVID-19 have forced many bars to close their doors, draft cocktails have inspired a whole new form of cocktail-ing. For two of Detroit’s very own craft cocktail hubs, their systems look different, but yet, provide us with something we’ve missed these past months: a little fun.

The newly passed Michigan bill, no. 5811, made effective on July 1st of this year, now allows bars and restaurants to sell to-go alcohol. We like where this is heading.

For bars with no food revenue like Kiesling, this news was exciting but similarly formed a challenge. Co-owner Ashley Davidson comments on this, “A new opportunity emerged to keep as many staff members working as possible while keeping customers safe,” she says.

This bill states that all alcohol sold to-go must be sealed and labeled. Kiesling decided, in accordance with this, bottling cocktails was the answer for them. Even with that decision made, the details of doing so had to be up to Kiesling’s standard. A total of seven cocktails were decided upon, ranging from three classic standbys to four original cocktails made by the staff. The cocktails are batched fresh daily and finished upon order at the to-go window, known during the day as Milwaukee Caffe. 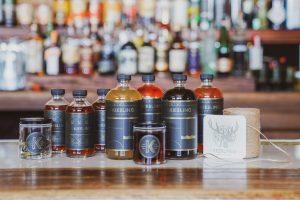 Each bottled cocktail is designed in the well known, classy Kiesling way, complete with garnishes on the side. “We all hope it feels like you’re getting something really special,” says Davidson. “Like a thing that was made just for you.” Since Kiesling is well known as a high-low bar, they also offer a shot and beer combo, stemming from the classics, Black Label and Tecate.

The camaraderie of bartender banter is missed by many regular bar-goers.

“That connection between bartender and the customer was just such a part of the bar experience we wanted to still be able to have,” Davidson says.

She continues by saying how Kiesling has worked to incorporate that familiar feeling back into their to-go service, “When the bartenders finish their drinks and they are bottling them, each of the drinks is tagged and they sign their name on the tag. Each night that a bartender is on duty, they will be essentially manning Instagram and live chatting with customers.”

This exchange between bartender and guest may not look how it used to, but for now, it is the stimulation needed to create a community in a time lacking personal connection.

For restaurants with a full menu like Takoi, however, different solutions have been reached in terms of craft cocktails. Takoi has been set on keeping staff and guests safe, even with the ability of open doors. The decision was made to only open their casual patio space for service and carry out, and to put together a delivery service.

This service includes cocktails and other alcoholic beverages. Executive Chef Brad Greenhill, comments on this, 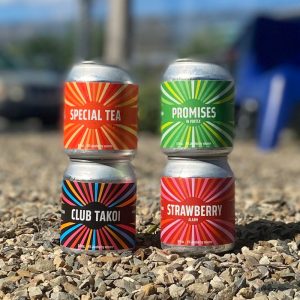 “Most people are used to carry out or getting food delivered, but getting alcohol delivered, or getting cocktails delivered to your door is definitely something new for 2020.”

Beyond this new service for Detroit, Takoi decided to take their uniqueness a step further by offering canned cocktails. The idea of bottling cocktails for carryout and delivery was toyed with, but the decision to can them inevitably won out. “The can was the next evolution of the draft cocktail,” says Greenhill. The idea of making cocktails that are batched on a large scale and, instead of putting it on draft, sealing it in a can seemed to fit Takoi’s cocktail recipes perfectly.

Greenhill continues, “No one does a cocktail in a can.” Thus spurred the creation of four effervescent and refreshing cocktails, each created mostly by Takoi’s beverage director.

Bars and restaurants like Kiesling and Takoi, have been put in a difficult position to solve for the seemingly impossible “x” of safety. But even with these hurdles, they have found successes in their guest services. Small, innovative joys in our personal day to day, like a canned cocktail delivered to our doorstep, serve as fun and inspiring releases, encouraging us to carry on, through these uncertain times.