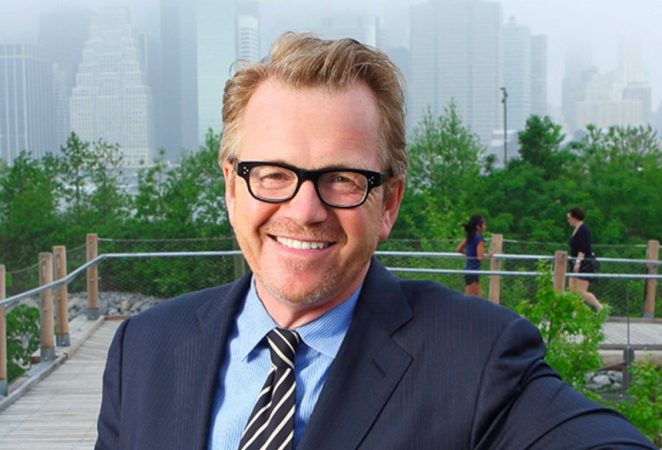 The goal: transform a neglected piece of land into a year-long, vibrant hub of activity from fishing and swimming and ice skating to spaces for biking and jogging. The plans include a performance space and a sports house.

We caught up with Michael Van Valkenburgh himself for the full story. 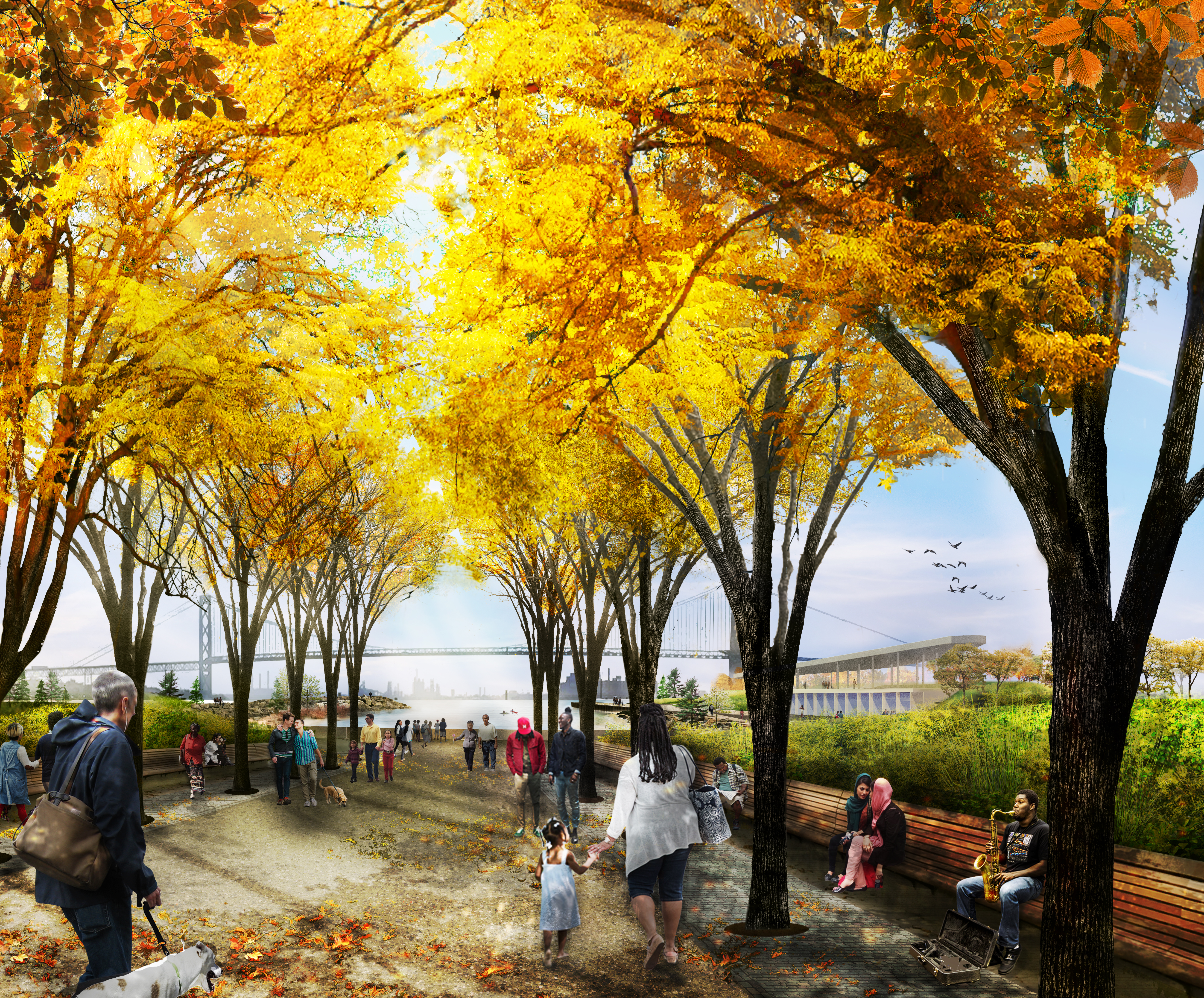 Detroitisit: What does Landscape Architecture represent to you? What form do you see it taking in the development of the energy taking place in developing cities?

Michael Van Valkenburgh: Landscape architecture represents a kind of thinking that  can influence all types of urban situations. In the past, people were expected to just  buckle down and make do with  a totally denatured environment.  Density is good for a number of reasons, but it needs to be balanced by an intentional landscape framework – not just edges and leftover spaces, but a coordinated system that adds to, and draws from, the energy of the city that surrounds it.

Luckily, there has been something of a national reawakening about all the different ways that natural systems can interact with cities, and how those systems can improve our general well-being.  It’s not surprising when landscape architects think this way, but now the feeling is more widespread among policy-makers and other folks who influence the physical structure of cities.

DII: Your landscapes and parks explore the belief that naturalism and man-made experiences can, and ultimately should, co-exist. Why?

MVV: Working with nature to solve urban problems makes sense for many reasons.  Take flood mitigation.  Rather than create an entirely artificial system  to reduce flood impacts, we can alter the interface between the  manmade and the natural in ways that not only reduce  flood impacts but  also  improve the environment generally  and provide people with  new recreational opportunities. 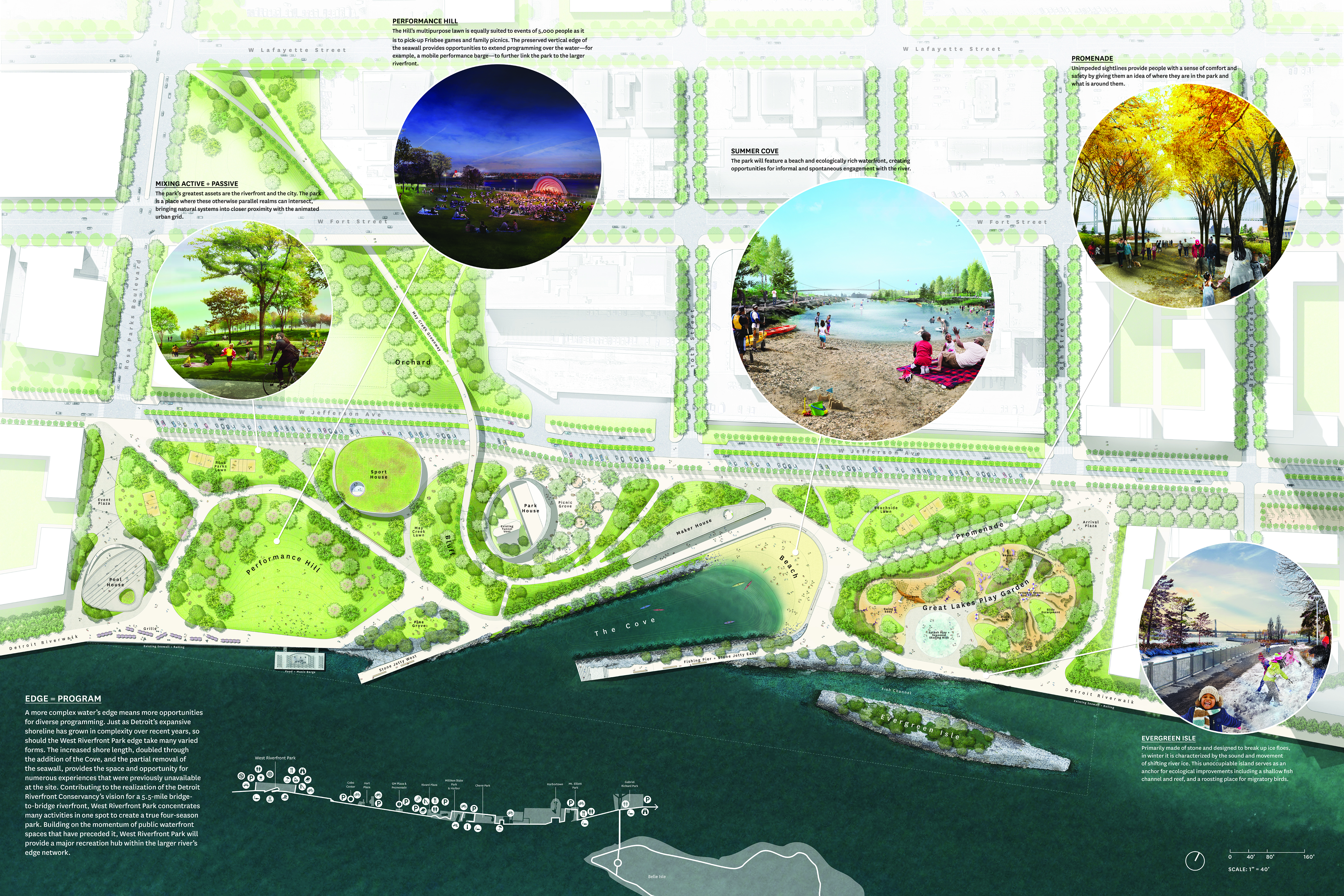 DII: What tools do you implement to try to build awareness towards sustainability and raise environmental awareness?

MVV:  Plants contribute to sustainability, and using plants in urban settings, brings our sustainability efforts, literally, to life. I’m a big fan of native plants, but I’ve also been beguiled by plants that act more or less native — by establishing  themselves in new environments  without becoming invasive.  In urban environments lushly planted settings can help people relax and unwind.  As far as I’m concerned, the more plants and trees, the better.

Some of the most important sustainability initiatives happen at the scale of urban design.  On some of our projects we’ve been involved at this urban scale of thinking early on in the process, and it is terrific because it makes it easier to address  sustainability at each subsequent stage.

As a lifelong educator, I want people to understand how various sustainability efforts work.  But I also  want the sustainable elements of my work  to elicit  an emotional response, such as the joy many of us feel when we see a robust natural environment.   We are always more willing to defend the things we love.

DII: You have been known to reuse existing materials—the concrete blocks from the East River in the  Brooklyn Bridge Park  to the boulders in  Hudson River Park. What does that experience represent for you?

MVV: In  Brooklyn Bridge Park we used the granite that was salvaged  when an old  bridge a few miles away  was dismantled.  That gave us access to a material that  otherwise would been unaffordable  in  such large  quantities.  And the  stone had a patina which  helped give the park a feeling of authenticity.  Reusing materials has helped make many of our parks feel “real.”  And, of course, it’s good for the environment. 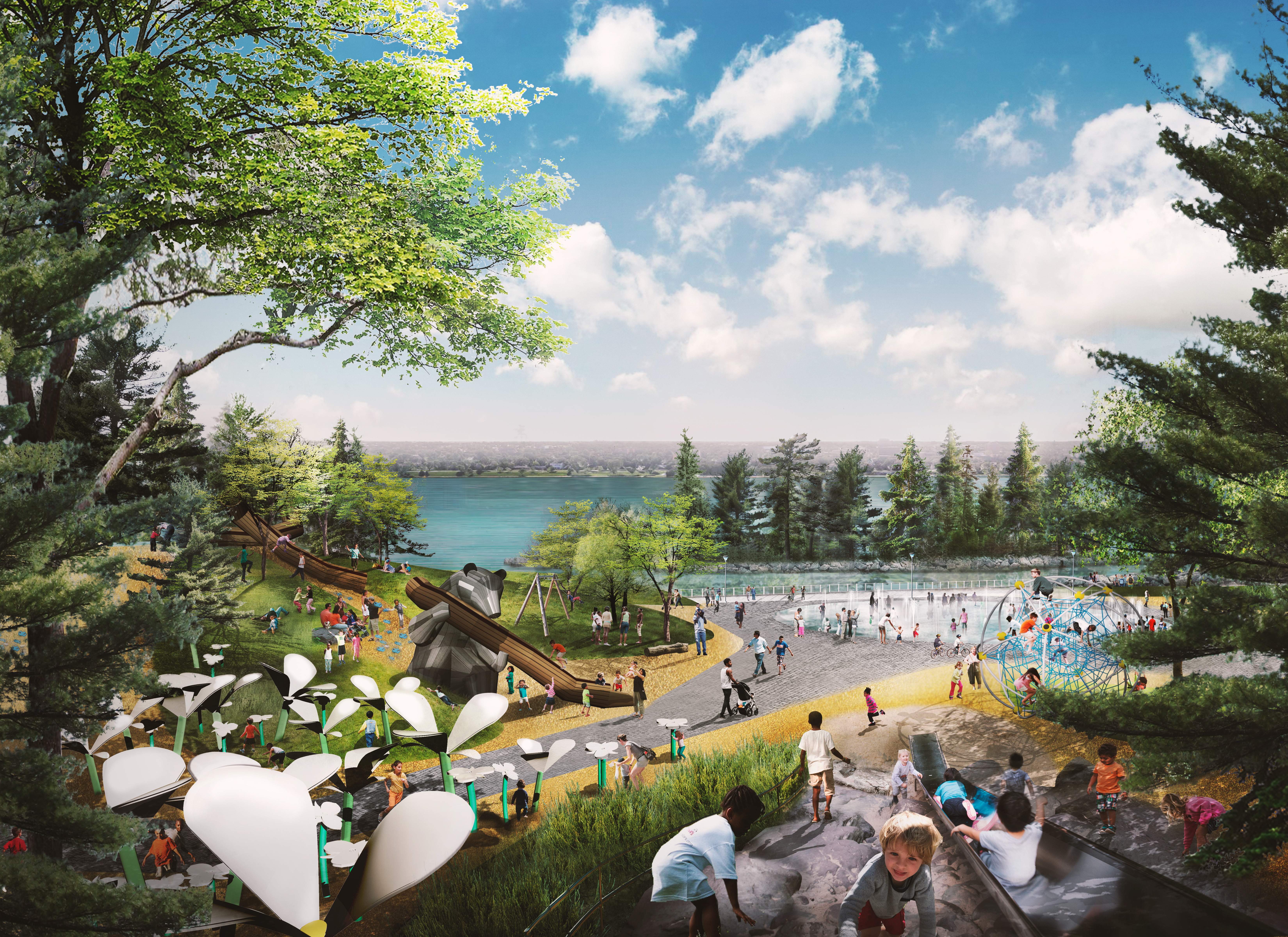 DII: What feelings do you experience as you walk through the spaces you design and see others—families, children, couples, athletes, daydreamers—using the space as theirs?

MVV: I absolutely love hanging out in the parks we’ve built.  The real  story of a  park starts on the day it opens, when people begin  bringing their energy and ideas to the space that we designed.  When I visit, I will sometimes see things that I expected, but just as frequently, I end up noticing that people are enjoying the park in ways that that I had never dreamed of.  Nothing makes me prouder than knowing visitors have made the park their own.

DII: What role would you like to see Landscape Architecture play in the Detroit West Riverfront design in particular?

MVV: I have big ambitions for this park.  On the one hand, I want it to be a community hub—the biggest neighborhood park you’ve ever seen.  It should be a  comfortable and inviting place where you can drop in to and always expect to find a game you can join or friends to hang out with.  On the other hand, I want the park to be a place where people from all over the city can really engage with the Detroit River.  While these two goals may seem  incompatible—one is about the social environment and the other is about the natural—the task of landscape architecture is to provide both kinds of excitement and to  connect them seamlessly.  I look forward to making this happen.

DII: Having now visited Detroit on numerous occasions, is there one sentiment you feel represents the story of the city most accurately?

MVV: Of the many things I like about Detroit, my favorite is the people!