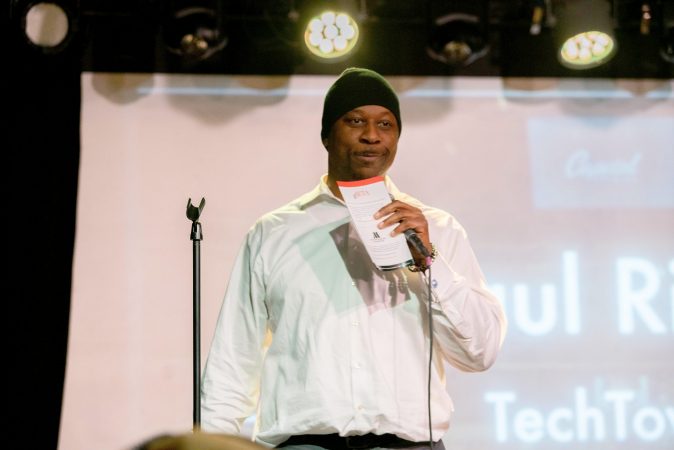 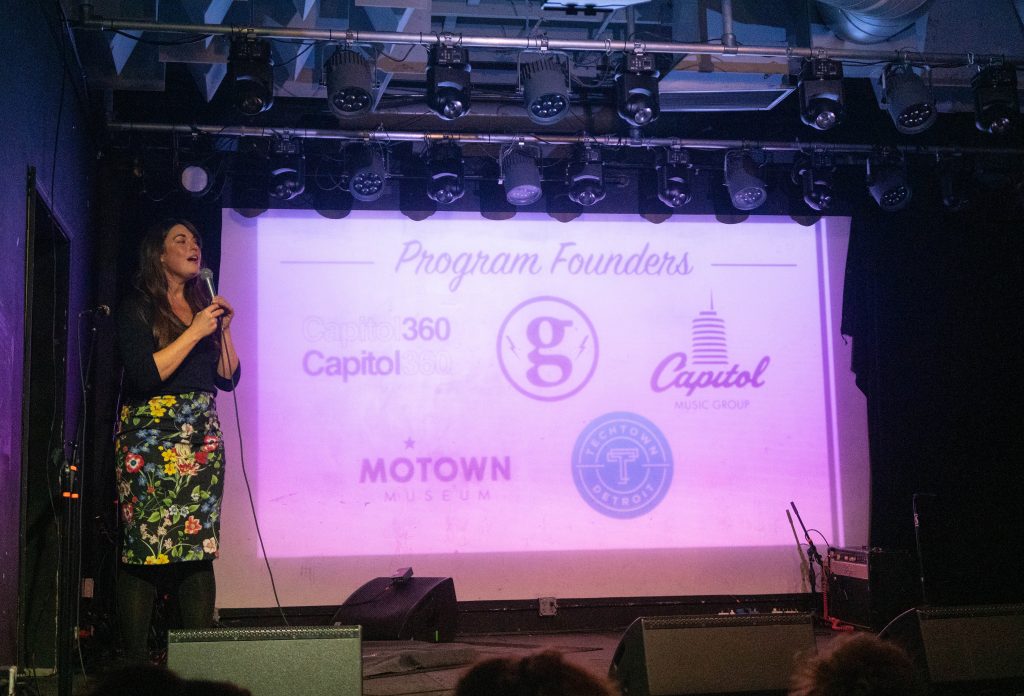 Music and Detroit go hand-in-hand, both historically and into the future. December 3rd, El Club packed in folks like sardines to get a glimpse of the Motown Accelerator Final Showcase x gBETA Musictech Pitch Night, an evening produced in collaboration with two heavy-hitting partners TechTown and Motown.

The parent program, gBETA, “is a free, seven-week accelerator for early-stage companies with local roots. Each program is capped at five teams and requires no fees and no equity,” and takes pride in being a nationally ranked start-up accelerator.

Working with mentors, entrepreneurs, investors and each other, the pitch teams were able to fine-tune and craft their perspective programs in an exclusive pitch night in front of a crowd, paired with its partners, Motown, the Motown Museum, gBeta, TechTown and Capitol Innovation Center of Capitol Records. 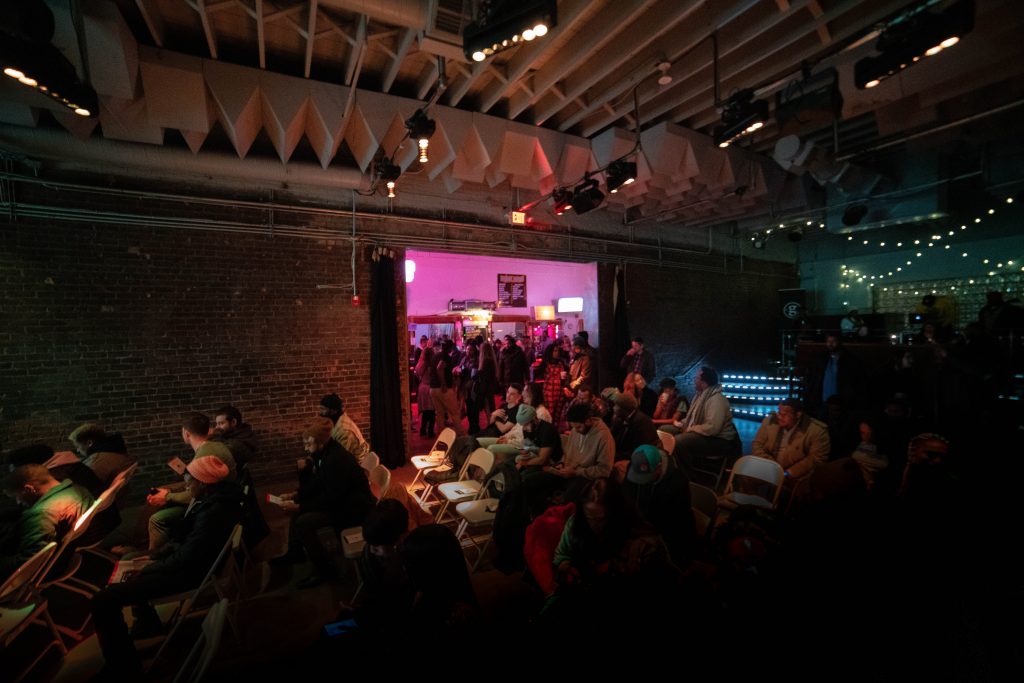 And while those names are impactful enough, it’s the correlation between them that make the union interesting. For example, Paul Riser Jr. of TechTown has connections with his own Motown roots. Fun fact: his father, Paul Riser Sr., has a long list of achievements, and one is a 1972 Grammy Award for “Best R&B Instrumental Performance” for the song “Papa Was A Rollin’ Stone” by The Temptations.

Things seem to have come full circle, and being touched by the music industry, Riser Jr. is not oblivious of that notion. His partnership via TechTown is not only exciting but seems to invigorate that “feel-good bone” in giving back. The Managing Director of Technology-Based Entrepreneurship and Director of Detroit Urban Solutions had this to say of the program:

“The delivery of the inaugural Motown Musicians Accelerator Programs were nothing short of inspiring and amazing. This collaborative project was a clear depiction of what’s possible in the city of Detroit when like-minded partners come together, from near and far, in response to the needs of the community. We are not short of talent or skills here and the recent Motown Accelerator Program Showcase epitomized that like no other event. Techtown Detroit is truly privileged to have worked alongside Motown Museum, Gener8tor, Motown Records, Universal Music Group, Capitol Records and Wayne State University……and we can’t wait for the 2020 program!”

With the 12-week accelerator program, a $20K budget grant, networking and coaching, it is easy to see why the program is a major highlight within the Detroit music scene. Especially when knowing that no royalties or equity have to be forfeited, the program truly encompasses what music accelerator programs should stand for.

Motown President Ethiopia Habtemariam said in a statement, “Detroit has always been a creative hub for new talent and development.  With the Motown Musician Accelerator initiative, we have an opportunity to come back to Detroit and highlight the incredible talent that has always existed in that community.  Being able to provide the necessary support, funding and programming to help them grow in their careers is an absolute honor for us.” 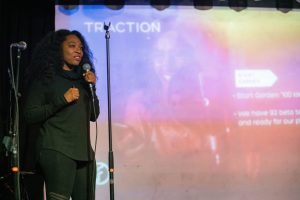 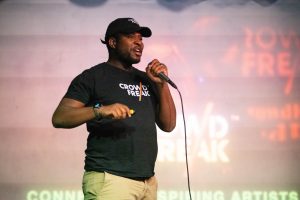 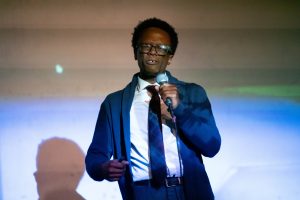 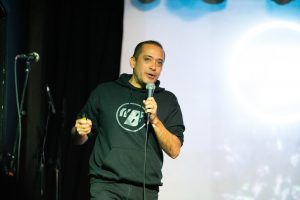 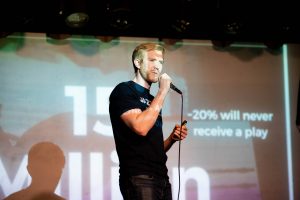 The program was sponsored by The American Family Insurance Institute, Esther Gordy Edwards Family Foundation, The Skillman Foundation, Walker-Miller Energy Services, Gretchen & Ethan Davidson, Hassan Bazzi, Microsoft, and Joshua Griggs, and had a dynamic pull of audience of individuals and Angel Investors looking for the next big thing in music technology. Plus, it was held at El Club, which has been known to be a great jumping-off point for new musicians.

It is easy to see why TechTown would want to be involved in such a nationally ranked product, and Riser Jr., in particular, has been a cheerleader for the project from day one.

“This is truly a deep, passion project for me. Being the son of an original Funk Brother, producer and arranger during the early days of Motown, I grew up witnessing and experiencing the creation of music that is world-renowned and which will forever be the heartbeat of the great city of Detroit… But after observing the unfortunate decrease in investment for creative arts in schools, I’ve strived to not only be a part of the city’s revitalization but to contribute to a renewed intersection of music, innovation, and entrepreneurship.”

With TechTown‘s continued promotion of collaborative efforts within the City of Detroit, it will be a great honor to witness the new technology and artists that will spawn during the program and because of the inspiration that the program brings to the forefront.

Applications are open for 2020, so if you’ve got a grand idea that has some legs to run on, now is your time to shine.