A Must See Curated list of Movies Directed, Written, and Starring Asian and Asian Americans 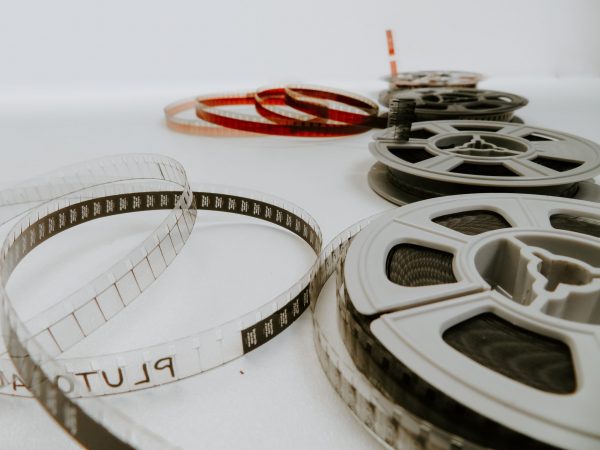 May is Asian American and Pacific Islander (AAPI) Heritage Month, and celebrating it can come in many forms and facets. If watching movies is a favorite hobby of yours—developed during the pandemic or prior—here is a curated list of movies directed, written, and starring Asian and Asian American individuals that explore culture, history, and heritage.

This A24 film loosely follows a true story based on parts of Director Lulu Wang’s own life. The Farewell follows Billi, a Chinese-born and U.S. raised young woman as her family gathers around the matriarch during her last weeks of life. The only catch is that Billi’s grandmother herself doesn’t know she is dying. Involving humor, hardships, heart-wrenching scenes, and a beautiful depiction of the celebration of life, this film flawlessly captures love, Chinese culture, and family.

Okja is a deeply original and thought-provoking science fiction fantasy film directed by Bong Joon-ho, most well known for his 2019, Academy Award-winning film Parasite. The film is set in South Korea and takes place in a not-so-distant future where large genetically modified beasts are grown as a solution to feed the overpopulated world. Joon-ho’s political and powerful governmental undertones run deep in this film as a young girl tries to protect one of the beasts she considers her best friend, Okja.

This stunning, artistic, and multigenerational family drama assesses immigrant life in America. Pin-Jui, the family’s patriarch, makes the difficult decision in his youth to leave the woman he loves and his homeland behind to seek a better life in America. As he leaves Taiwan, Pin-Jui is thrown into an arranged marriage, and upon reaching the United States the two struggle to adapt to the monotonous lifestyle and hardships of their new life.

The film’s writer and director, Alan Yang also co-created the TV show Master of None, and produced a number of shows including Parks and Recreation and The Good Place.

Based on Jhumpa Lahiri’s novel The Namesake, this film follows Gogol, a young, Indian-American man stuck between the culture his parents hold on to from their homeland and his native New York home. When Gogol tells his father he wants to change his name, his father tells him of the past, as well as his namesake, connecting him and his family to his history and homeland. The Namesake was directed by Mira Nair.

Oldboy, a wild, South Korean, neo-noir action thriller, is sure to keep its viewers on their toes. The story follows Oh Dae-Su, an obnoxious drunk, who wakes up to find himself stuck in an old hotel room without windows for reasons unknown to him. His captors are unseen to him, and his only view of the outside world comes from the television in the room. Only after fifteen years Oh Dae-Su is released and told to track down his captor and gain revenge. Full of twists and turns, action, and thrilling scenes, Oldboy will keep your eyes glued to the screen until its credits.

It’s Christmas in San Francisco, and all is well with the Filipino-American family as they reunite to celebrate the holidays. That is until the family discovers that Troy, the second oldest child, has been inducing fear into the household through strains of both physical and verbal abuse. In this dark comedy, the film follows a family as they conspire how to seek retribution through murder of their abusive family member. Bitter Melon, directed and written by H.P. Mendoza, explores toxic masculinity, the meaning of family, and the dark side of relationships.

Battle Royale, an older Japanese cult-classic film that many say that Hunger Games reminisces, is a dark, twisted, and bloody film that will keep your heart pumping. A group of students from a Japanese high school is placed on a deserted island, where they are forced to fight until only one remains. This film, directed by Kinji Fukasaku, has no holds barred as each character reacts differently to their horrifying set of circumstances.