Navigating 2020 Hasn’t Been Easy. Detroit Non Profits May Have Been Some of the Hardest Hit

How Non Profit Focus: HOPE has Helped Detroiters Cope Through this Tough Year 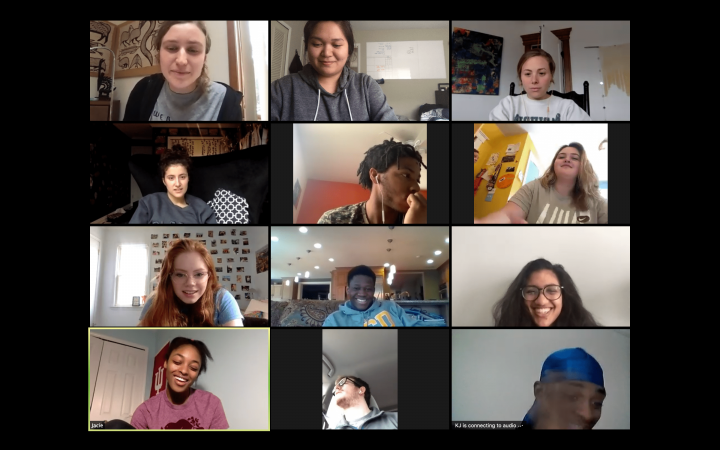 For a lot of us, navigating 2020 hasn’t been an easy feat. As early as March we were left, proverbially, without a map, our phones dead in our pockets, and the sky too cloudy to catch our bearings. But even then, most of us found our own way through this tough year. Organizations deeply involved in the community, like Focus: HOPE, however, have had to work doubly hard to find ways to continue their services in support of the community.

Focus: HOPE was founded in 1968, only a few months after Detroit’s 12th Street Riot in 1967. After what was later referred to as the long, hot summer of 1967, as it grew cold, the air still was charged with racial segregation. Thus, as Spring turned a corner, Father William Cunningham and Eleanor Josaitis worked together to bring Focus: HOPE to life.

More than fifty years later, the organization continues to provide holistic services to the Detroit community. It is Focus: HOPE’s mission to provide these services for Southeast Michiganders who have been affected by racism, poverty, or other forms of social injustice.

Before the effects of Covid-19 hit Michigan in March, the organization was completely hands-on. To be clear, they still are, but because of their extensive amounts of human interaction, their whole way of doing, being, and relating with others had to change drastically. To this, the director of annual giving and marketing, Stephanie Maurice, says, “Everything really did have to pivot on a dime.”

Focus: HOPE is mainly broken down into four categories of which they serve the community. Early Learning focuses mainly on infants and children up to five years of age. This includes services for women who are pregnant and support for parents and families with young children. For these services, Focus: HOPE has had to take a step back from personal contact with families, but as much virtual support as possible is offered.

This comes with some difficulty to some individuals, as many Detroiters do not have access to wifi or computers. Focus: HOPE, due to this, tries to help those in need by installing necessary wireless connections and helping individuals obtain computers or tablets. “To be able to connect is a crucial thing,” says Maurice, “especially this year.” Teams involved in Early Learning virtually interact with children, offer educational support and offer health visits for children.

Youth Development, the second category, which engages youth from 5th grade through high school, was difficult to switch to virtual, as many programs were physical sporting activities. However, Generation of Promise, a social justice leadership initiative, has helped engage many junior-aged students in something just as relevant to Focus: HOPE’s inception as it is now. 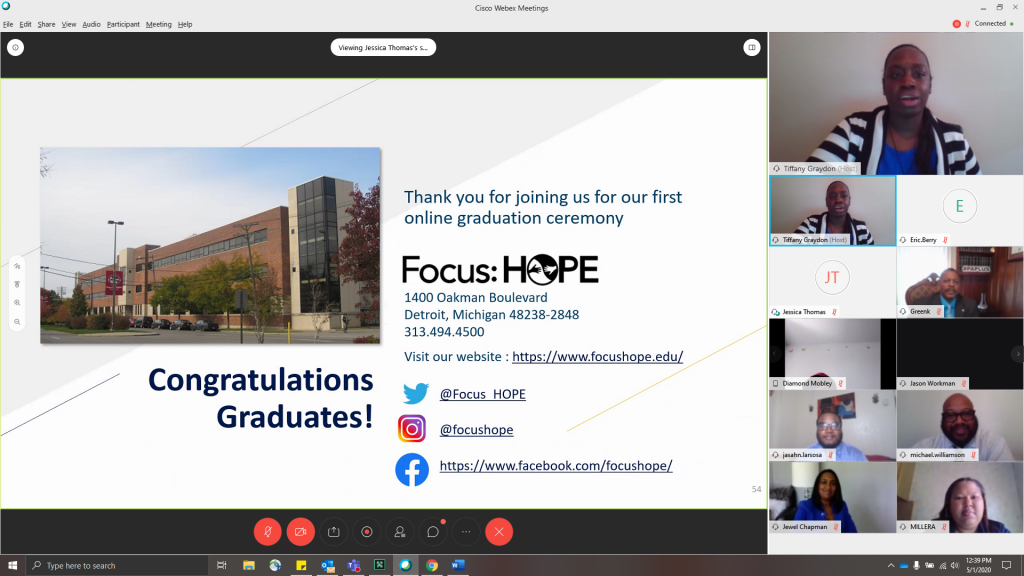 The third category, Workforce Development, and Education has brought about new innovation for virtual settings. The Workforce team found a way to do labs virtually, for their industrial robotics, welding, and other IT programs. Outside of this, Focus: HOPE has helped, witnessed, and celebrated the graduation of several students enrolled in offered programs throughout the year. Virtual open houses and outreaches have been held in order to reach new possible students this year as well.

Food for Seniors, the fourth category, was a program that could simply not be offered virtually. Prior to the pandemic, food would be laid out for older adults with minimal income to personally pick and take home. Focus: HOPE, in order to minimize 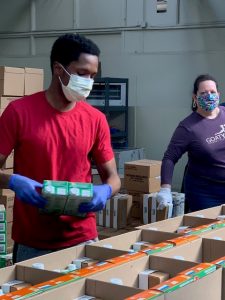 contact, chose to pre-package food for the seniors and provide contactless pickup. In some cases, where individuals are unable to leave their homes or are without transportation, Focus: HOPE delivers goods directly.

This year, though tough and full of changes, was still a positive one for Focus: HOPE. “I’m grateful that we never had to shut down for a day,” says Maurice, “we were able to keep providing services all throughout the year.”

As an organization that receives funding federally, locally, from the state, and from foundations, corporations, and individuals, Focus: HOPE was graced such an opportunity to serve the community by funders.

To Maurice, this helpful and flexible funding did not go unnoticed, “It has been very interesting because it has been a year of increased financial need, but we also saw so many funders and individual donors step up to meet that need.” She continues, “It’s been really really awesome to see the community coming together to support the community.”

As we cross our fingers in hopes for a better next year and step precariously through the remaining days of December, it seems important to acknowledge Detroit’s everlasting resilience. From every pushback we receive as a city and a community we stand up against it as a whole. Whether through riots like those in the late 60’s, or through protests like those that took place earlier this year, or through organizations like Focus: HOPE, we stand together, as one, and fight for justice.